From Franklin to King 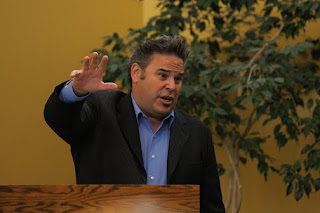 We knew our days on Franklin Avenue were numbered several months ago. In fact, there was a fear that our plans for this summer's event were in jeopardy. Thankfully, the construction schedule allowed us to execute our 20th anniversary of interPLAY on the spot that has been its home since 1990.

At a press conference held today, Events Wood Buffalo Vice President, Alan Roberts shared some anecdotes from the early years of the interPLAY "Festival of Youth", as it was once called, including the fact that the reason it landed on Franklin Avenue was to push the arts out into the community and away from Keyano College. It's ironic that after two decades, we are pulling the event back into the cradle of arts and culture in Wood Buffalo. 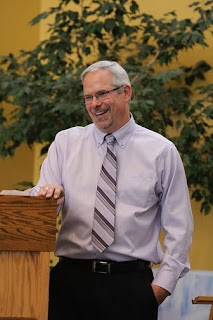 In August of 2011, the interPLAY Festival will take place on King Street and at Keyano College, using Doug MacRae park for family activities, the Theatre & Arts Centre parking lot for the mainstage and various spaces inside the building for theatrical venues. 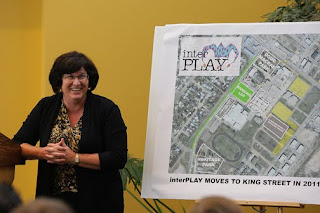 Claude and I struggled to find the best place to relocate, often launching into fierce discussion about the pro's and con's of various spots in the downtown core. Honestly, the idea of using King Street didn't come into clear focus until the East Loop Road finally opened. With traffic coming off the highway, across the river and on to the Loop Road, King Street had suddenly ceased to be an arterial route.

I was in a conversation with Rick Kirschner, talking about the move of KAOS 91.1 to Composite High School, when the light bulb decidedly turned ON.

"Wait," I said to Rick, followed by a breath of silence. "That's it. We need to move to King Street." 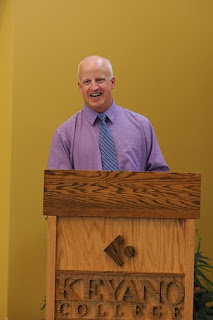 He probably thought I was nuts, but somewhere in the middle of that conversation all the gears in the widget became synchronized and away we went.