The Return of the Bulge 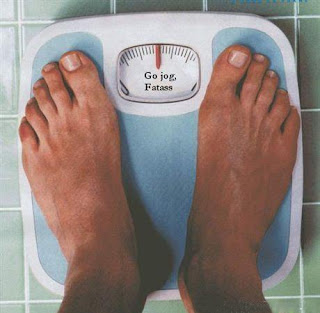 I started the Middle Age Bulge journey during last year's Christmas holidays, when the scale was popping in the 210 pound territory. I was shocked, dismayed, distended.

After a summer of traveling, eating and drinking, the scale is starting to move in the wrong direction. True, I had a very heavy meal last night and true, I had a late night snack when I got up to watch Godfather III, but those facts aside, I still looked down and saw 199 pounds for the first time in probably six months. Ouch! I wrote next to the number in the book I keep to record my daily weigh-ins.

The truth is that I have to get back into my exercise routine, left behind in the wake of summer adventures, election planning and multiple distractions. I'd like to focus in the next month, in advance of the campaign rush that begins on September 20th, and return to 190-territory. Maybe writing it down and putting it here will inspire me to get it done!