One year on Council

One year ago, we gathered around the television in our living room - campaign supporters, family and friends - watching the election results roll in.  It was a gut-wrenching, stress-filled, exciting evening as my wafer thin lead bringing up the rear held through to the end as final poll results were released. 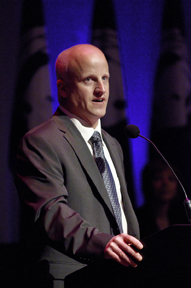 Screams, hugs and a trip to MacDonald Island to congratulate Mayor Blake and my first term on Regional Council was underway.

As I said to MIX 103.7 news reporter Wallace Snowden yesterday, it's been a wonderful experience.

"I have absolutely loved my first year on council, a great team to work with. Learning a lot, enjoying the challenges that come with being a municipal leader. This adventure has been even more fun than I imagined."

We leverage our individual strengths for the betterment of our region.  Going around the "horseshoe" every single member of the team has contributed to moving things forward and representing the concerns, dreams and aspirations of our citizens.  We're also are not shy about calling on our colleagues for assistance and support when we need it. 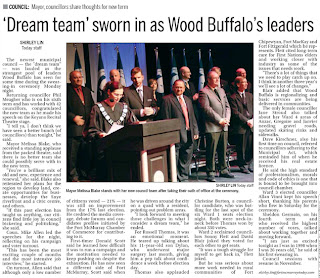 The media called us the "Dream Team" at the start of our term.  I think we've tried hard to live up to that lofty moniker.

There have been challenges and difficult issues, but for the most part, the past year has been peppered with progress and has resulted in a strengthened vision for where we are going as a region.  I'm particularly excited about things happening in the city centre: the opening of Future Forward Place, exciting development plans for MacDonald Island, and progressive plans for turning our downtown into a vibrant high-density metropolitan district complete with infrastructure that will become iconic.

We are also seeing progress on the persistent transportation headaches that we face every day.  The yet-to-be-named bridge across the Athabasca began accepting traffic this week.  There is a chance that the Thickwood interchange could be operational before winter settles in.  The Timberlea interchange should come on line in 2012 and refurbished versions of the Ralph Steinhauer and Grant MacEwan bridges should be open for business in 2013 and 2014, respectively.

Soon, the new terminal at the Fort McMurray Airport will take shape, providing us with amenities designed to handle 1.2 million passenger movements a year, compared to our current facility that was built for a quarter million folks (though we push through over 750 K).

We secured the 2015 Western Canada Summer Games, hosted one of the greatest rock bands in the world, and produced an unforgettable outdoor junior hockey game, all within the parenthesis of our first year.  A new college campus in Fort Chipewyan, the installation of a synthetic ice surface that garnered provincial accolades, and a new covered ice surface in Saprae Creek all contributed to improved quality of life in our rural communities. 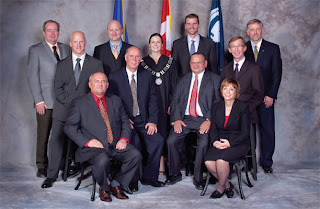 It is a pleasure serve with an impassioned mayor and councillor colleagues who I admire, each and every one, for their talents, dedication and commitment to Wood Buffalo.
Email Post