Community Engagement for the Z Generation 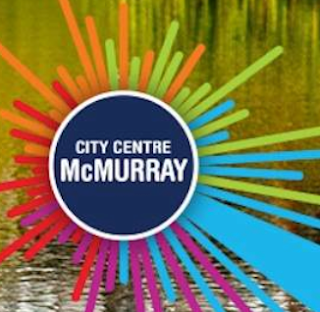 I took Dylan and Ben to the community engagement session last night, the one regarding the revised plans for the Waterfront Program, specifically focused on the Snye and Snye Park, and Jubilee Plaza. To be honest, Ben found it a little overwhelming as groups of people were huddled around various flat screens with members of the City Centre team presenting and answering questions. Looking lost and unsure of what to do, I suggested that he go over to the library. That inspired a smile and off he went. Dylan stuck it out, but had a difficult time getting engaged, probably feeling a little inhibited by the dozens of more senior members of the community wanting clarification and details.

It struck me then, and still strikes me this morning, that so many of these visionary things we are doing are for the youth, yet the format we choose for engagement is really geared toward the voting crown - the interested and passionate citizens of a different generation.

To be fair, the City Centre group has had several dynamic sessions with young people from the Justin Slade Youth Foundation, which is awesome. But as I reflect on how my sons, ages 14 and 10, reacted to the set-up last night in the rotunda at MacDonald Island, it was clear that it wasn't working for them. In the end, I felt bad that I dragged them along, although Dylan had the chance to meet and chat with some of the great people working on the planning of these projects, Christy Fong, Rick Kirschner and Ron Taylor among them.

As adults having to "present" information, we tend to gravitate to PowerPoint, Prezi, or some other digital presentational platform. That all-important "slide deck" is our reassuring measure of having done our job, put our ducks in a row, our best foot forward. But as I watched both boys, each quite intelligent and interested when I talk about some of the things we're doing around the dinner table, not responding to the slide decks scattered throughout the space on multiple screens, I began wondering what a better youth engagement scenario might look like.

I pictured one of those huge interactive video screens like they use on CNN and other television news channels when they can touch the screen to move things about, bring in new pieces of information, zoom in and zoom out. How would young people (and some of us older folks) respond if we had the ability to manipulate the screen, going back and forth between the Snye as it exists today to what it could look like 2, 3, 4 or 5 years from now?

What if we could click on the screen to look at flood elevation levels with the new plan, as that issue seems to be on everyone's minds with impending legislation coming this fall regarding development in floodways? To be fair, this functionality might not interest the kids, but maybe I'm underestimating them? They watched the horrific images that came out of communities like Canmore, High River and Calgary in June, just like the greying and balding crowd. Maybe they would want to interact with flooding scenarios and how a 40, 50 or 100 year flood event would impact the proposed changes to City Centre?

I also pictured something a little more old school: puzzles, or diorama-ish displays where pieces can can moved, where you can reach down and touch the elements, feel the texture, see the scope and scale in a more experiential three dimensional way.

If money were no object, wouldn't it be great to have a digital simulation room, similar to the multi-million dollar set-up I experienced last fall at the University of Waterloo, where you put on special eyewear to take a virtual walk-through the proposed development. Imagine being able to walk through Snye Park as it will be when it is finished in 2015, or taking a stroll down the entire length of Morimoto Prominade past Waterways, getting a virtual experience for the various stops, attractions and views along the way.

What if we integrated a KIDSzone into these community engagement sessions, a place exclusive to Generation Z? How would our advertising change if we actively targeted the people who will inherit and use these amenities along with their future children? I would respectively suggest (and insist) that it change dramatically from the methods being used to attract attendees today.

I have tremendous admiration and respect for the work of the City Centre McMurray team of world-class professionals who are taking us from vision to reality, and their commitment to making consistent and accessible community engagement a core component of their (our) process. They are are doing a great job targeting my generation and those both older and slightly younger than my own - this was abundantly clear based on the robust turnout at last night's session. They are also choosing venues where parking is plentiful, where citizens are likely heading to anyway for other things (MacDonald Island), and where many people might bump into them unexpectedly. The team is also exceptionally engaging one on one, informed, articulate and friendly. Long story short, they are doing a lot of things right. But...

How can we be better? How can we take community engagement one step further? Who are we leaving behind in the process and can we adjust to capture their attention, interest, and ideas?

Now this is not the end. It is not even the beginning of the end. But it is, perhaps, the end of the beginning.
-Winston Churchill


I love this quote, often cited by CAO Glen Laubenstein, a seasoned veteran of major municipal development projects, as it reminds us that this is a process. With that in mind, I'm always keen to explore how the process can be better. Because at the end of the day, the more citizens we activate via quality community engagement initiatives, the better the product will be when we are done.
Email Post