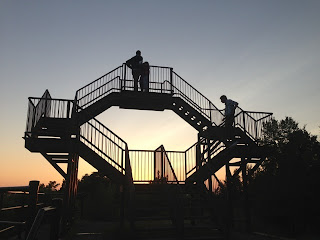 We decided to dart off the 401 to trade relentless traffic for the myriad lights and lighter fare offered up by Highway 2, the original east-west connector in southern Ontario.  One community bled into another, then another and another: Ajax, Whitby, Oshawa, Bowmanville, Port Hope, and Cobourg - some names familiar from distant episodes of The Vinyl Cafe.  Density and intensity both eased as we neared our final destination, my sister's place in Trenton.

A journey that would have taken less than a couple of hours staying on the super-highway ended up taking the better part of three hours, but provided a small sliver of appreciation for the vibrant communities that all feed into the Greater Toronto Area. 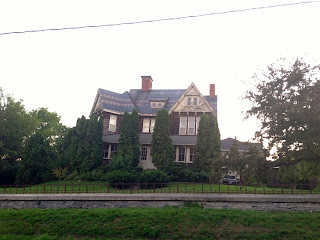 Trenton is a military town, a place of contrasts.  Beautifully manicured lawns and regal century-old houses are contrasted against rougher, less formal homes, subdivided and chopped up as multi-family dwellings. 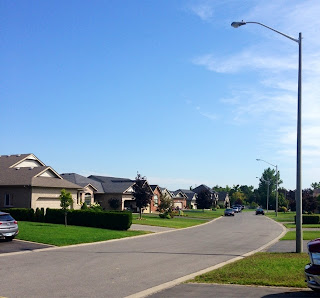 A street of homes built 30 years ago twists into a street of newer homes, maybe 5 years old, trees as saplings, way more sky, the theme song from Weeds (Little Boxes) pops into my head. 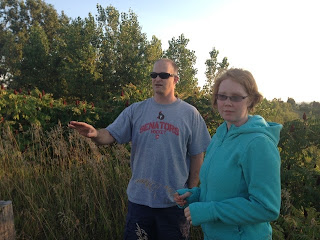 Three doors down on this pristine block of homes is an empty lot, a bare patch of land retained by the developer for reasons unknown, providing an unfettered view of the beautiful valley that lies to the north, a significant cliff lying just beyond the fence lines of the houses on the other side of the street. 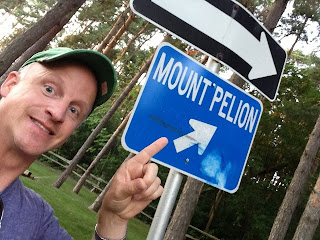 We did a walking tour after dinner, going through Trenton residential streets, past the school and hospital, then up the hill to Mount Pelion.  The sun was on the last leg of its journey to the horizon when we got to the top, so we waited the five minutes for it to disappear. 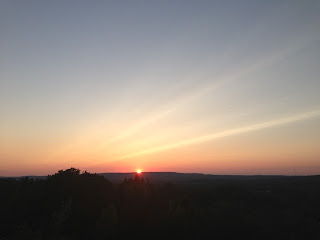 Standing there on the top, looking out over the expanse of the community of Trenton and the water beyond, I looked forward to exploring this place of contrasts in the days to come.