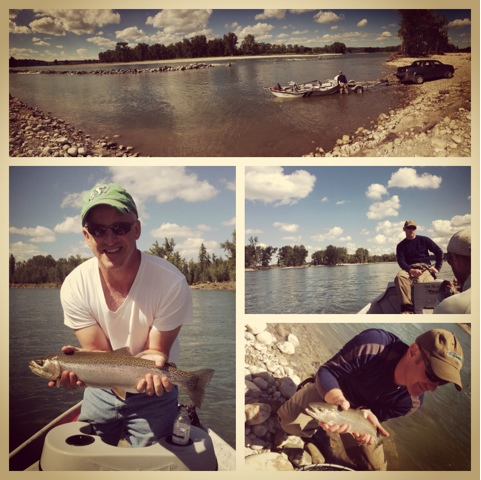 I was baked by the time we got back to the house after six and a half hours on the Bow River. Michael (Heather's brother) and I had booked a float fly fishing trip as part of our annual reunion with the Wagner side of the family. All exposed parts were red, the bright and rarely seen sun having bounced off the water, combined with the breeze that blew, to deliver my comeuppance for not having slathered on sunscreen or taken in enough water.  I'm sure I was suffering from a little sun stroke. 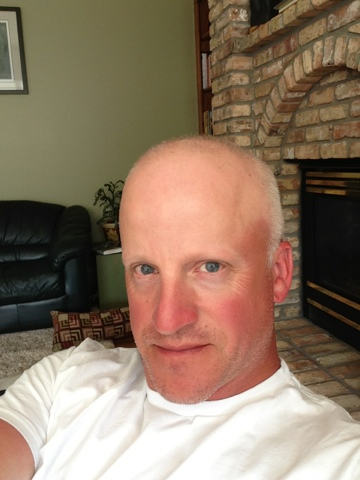 I had booked a half-day float fishing excursion with Bow River Fly Fishing many weeks earlier and met Curtis, our guide, at Wholesale Sports early yesterday morning.  Originally from Ontario, now living in Canmore, he travels into the city each morning during the warm months with his float fishing boat and gear, taking a steady stream of willing customers down the Bow, from the centre of town to the outskirts, where a now flood-decimated boat launch provides a reasonable point of egress. (They lost 24 fishing days due to the catastrophic high water that hit the southern part of the province in June)
"There is no question that the flood took a significant bite out of our livelihood," he said. "We lost one-third of our season."
I am not a fly fisherman, a fact I made abundantly clear from the outset as Curtis launched into a 30-45 minute comprehensive lesson bringing my sketchy understanding of the four-count rhythm, casting between ten and two, and mending, from zero to moderate in record time. 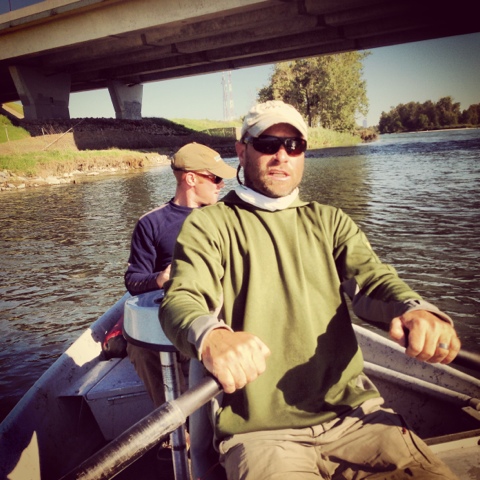 Lesson given we set out, Michael in the stern, me in the bow and Curtis in the middle, oars in hand, eyes on our dry flies.
Outside of a couple of small fries that Michael caught, we weren't having a whole lot of luck, until we ended up in a particular spot that the previous two days had produced results. As we sat there, repairing a broken fly, a rainbow began popping his head up every couple of minutes.
Curtis changed tactics immediately, getting a mayfly onto Michael's line.
"This is what we call hunting," said Curtis.
Michael began casting from the shore to the area where the rainbow was making his presence known, trying to land the fly just a little upstream so it could naturally float by. It eight to ten tries, but it finally worked, as the fish grabbed the fly.
"You got it!" yelled Curtis, as Michael walked it down the shore a bit for a safe landing. 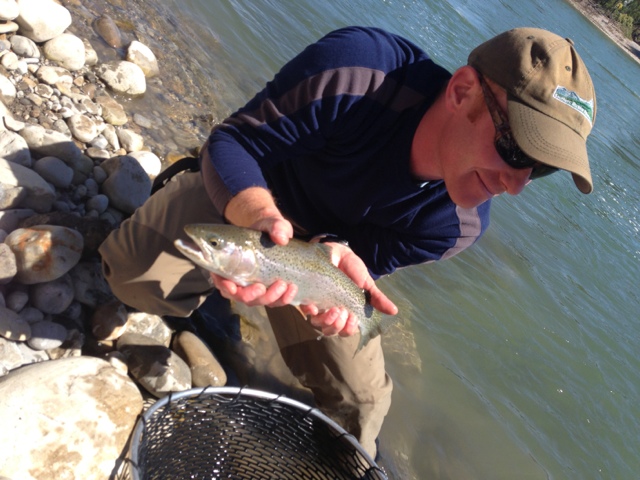 It was a nice looking fish, handled ever-so-carefully by Michael and the guide to ensure its successful return to the river. I was impressed by his diligence and attention to looking after the rainbow's best interests.
It was my turn next as my strike indicator moved enough to inspire me to yank back my rod to set the hook. I had one on and as it fiercely took out some line and went racing downstream.
"That could be a brown," said Curtis. 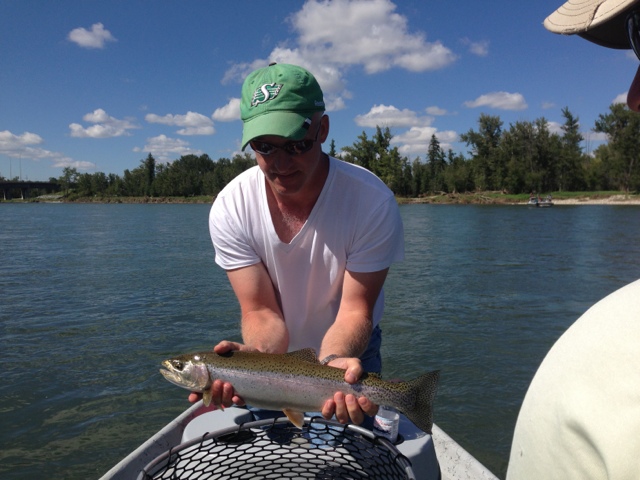 It wasn't in the end. it turned out to be a beautiful 21-22 inch rainbow. I was thrilled. 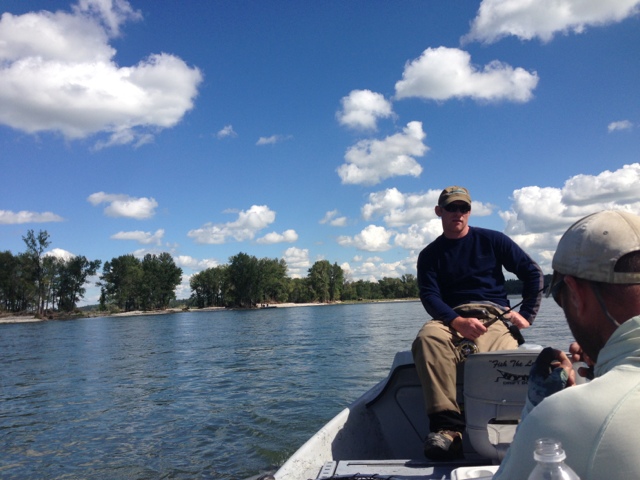 We didn't catch a lot - it was an off-day of fishing according to our learned guide - but it was enough to satisfy me and a gorgeous day for being on the water.
Curtis was an exceptional and personable guide. He went above and beyond to make our day memorable, informational and fun. It was money and time well spent, something I would do again in a heartbeat, though next time I would protect myself better from the sun and drink more water. It was early to bed out of necessity for me after that many hours under the sun and on the water.
Email Post