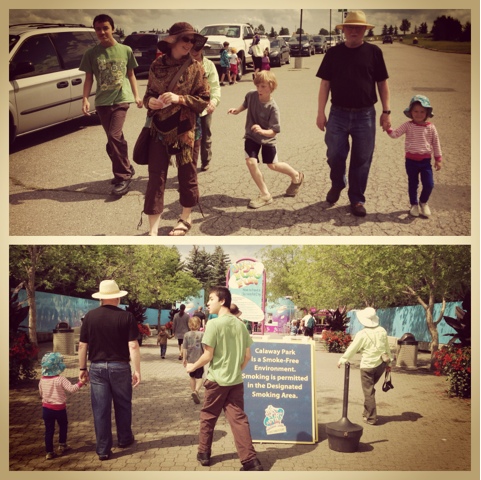 In all my years of living in Alberta, I had never been to Calaway Park. Pulling into that large parking lot, rows clearly identified by large numbers posted on the light standards, I felt like Chevy Chase and company arriving at Wally World.
"What's Wally World?" asked Heather, never having seen National Lampoon's Vacation from 1983. I explained the connection. 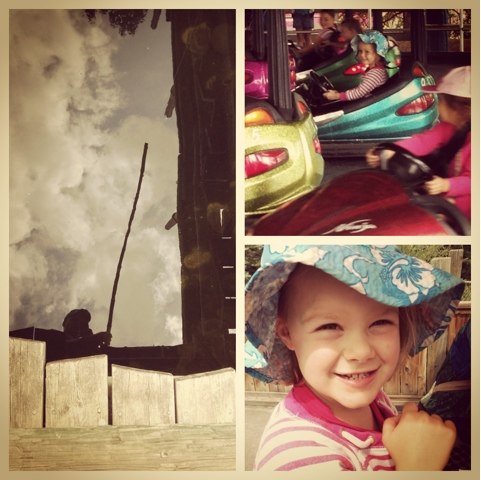 I was delighted to find a trout fishing pond near the entrance to the park which first opened its gates in 1983. We paid four dollars for a license and a bamboo fishing rod with a little dab of dough wrapped around the hook.
"This is my kind of ride," I said to the attendant, the only angler left, patiently waiting for a rainbow trout to come along a take a nibble.
They flirted with me several times, coming close, taking a sniff, then swimming along. Eventually I gave up and went for a stroll through Calaway to catch up with the rest of the gang.
"Who wants to do the roller coaster?" I asked.
"I will if you do," said Heather.
In the end, we were joined by a trepidatious Dylan who overlooked his fear of heights to join us on this high-flying adventure. 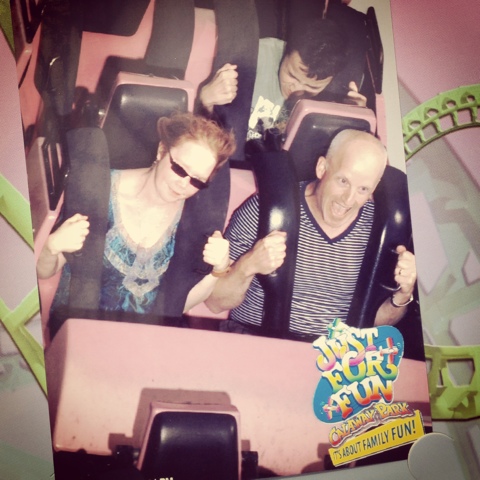 I screamed in delight as we plummeted down the first vertical drop, around the curve past the automatic camera and through the loop de loop. Heather was silently stoic in the seat to my left, Dylan was moaning in the back.
He wobbled and weaved as he got up at the end of the ride, his stomach in his throat. Despite his discomfort, he was pleased to have taken the ride, as was Heather, also her first. 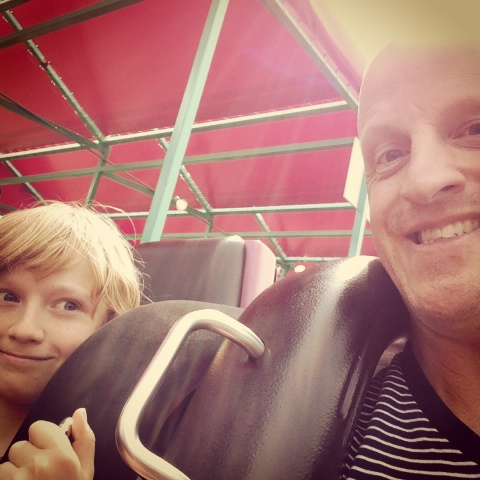 Ben was next, chomping at the bit to give it a go. In training to tackle the Green Beast at Sustainival, happening at the end of the month back home, he took my advice, kept his eyes wide open and sailed through the two trips around the course.
Generally speaking, I am not much of a ride person. The thought of doing anything that involves going round and round makes my stomach flip. But I can handle a roller coaster, as it is always going forward. I have tried coasters at the West Edmonton Mall, on top of the Stratosphere and in front of New York New York in Las Vegas. I can now add Calaway Park to this meager list of roller coaster conquests.
Email Post
Location: Hawkwood Calgary