The allure of Les Mis 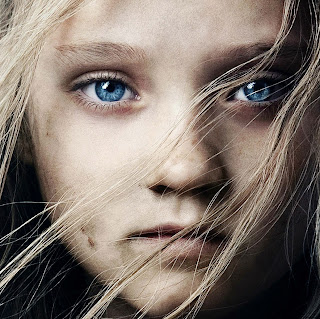 I woke up in the middle of the night. Wide awake, I knew right away that I had to get up, drink a glass of water and munch on something.  That would be my only hope of drifting back into the abyss of sleep.

Staying in a house full of teenagers and limited bandwidth, effectively accessing the Internet during the day is slow, slow as a turtle battling a head wind.  But at night, when everyone is sleeping, I discovered that I was able to get caught up on Facebook, Twitter and otherwise.

Just prior to leaving on this leg of our summer holidays, I had downloaded the 2012 film version of Les Misérables thinking it would be a great rainy day activity for Dylan and Ben, both considering auditioning for the upcoming Keyano Theatre Company (KTC) production.  Ben has watched it several times already and keeps coming back to it each chance he gets.

My exposure to Les Misérables has been slow and steady since KTC announced that it would stage the show in February 2014.  Of course, I knew the song made famous again by Susan Boyle during her unforgettable audition for Britain's Got Talent - "I Dreamed a Dream".  I also had vague memories of having read Jean Valjean back in my school years, sometime during the late 1970s.  I remember loving the story and being swept away by the courage of Mr. Hugo's title character.

I downloaded the original Broadway cast recording of the show the moment I knew we were going to do it, right around the time we were staging Hometown...The Musical!.  What was completely unfamiliar then, is now sinking into my bones after having listening to it over and over again.  All of us, Heather included, have found ourselves humming or singing various themes from the show on this trip without even realizing it.  It has settled into our family dynamic, like a favourite guest.

So last night, unable to sleep, tired of reading about municipal election prognostications, I thought it would be a good time to watch the opening couple of scenes of the award-winning movie.  A couple of scenes turned into a full hour that could have easily become the entire movie had I not forced myself to go back to bed. 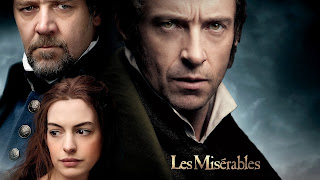 Sitting quietly in a wing-back chair in the dark, wearing headphones, watching the full-length feature on my laptop, I was transfixed.  The performances I have seen in the first hour are completely compelling, especially Hugh Jackman in the role of Jean Valjean and Anne Hathaway as Fantine.  I can't remember a time when I was as drawn in, captivated. 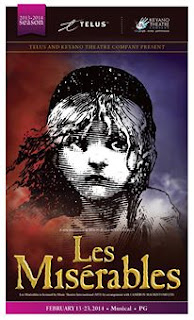 The idea of being a part of this production, this music, this story, is incredibly exciting.  The fact that both my sons are intent on auditioning makes it even better.  We're going to miss the first information session scheduled for this weekend, but we'll absolutely be there for the second session in September.  To find out more, visit the KTC website by clicking here.