Into the Woods with Cheepiyak 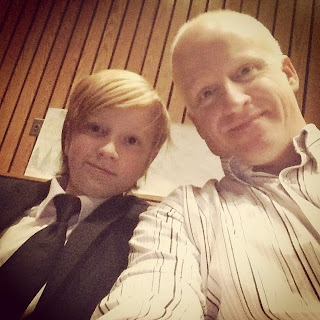 Ben and I arrived way early, thirty minutes before the closing night curtain to make sure we got seats to see Cheepiyak Theatre's Into the Woods.  I don't know this facility very well, but the door to the right of the box office kept opening and closing, releasing the energy inside being fuelled by an excited cast and crew about to bid adieu to the Stephen Sondheim musical that first emerged in 1986 at the Old Globe Theatre in Chicago. 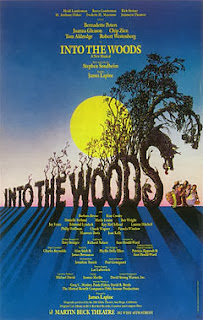 That flash of noise as the door opened and closed inspired a flash of memory of when we did plays in Kamsack, Saskatchewan.  Back in those days, we would travel to the Junior High School (now Kamsack Comprehensive Institute) and set up in the industrial arts class, across the hallway from the entrance to the back stage area.  Make-up volunteers worked their magic while we chattered away, getting ready for the performances. 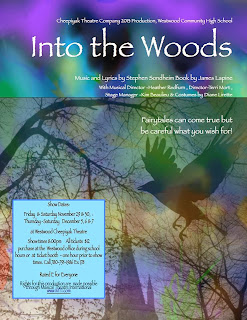 The scope and scale of Cheepiyak Theatre Company's Into the Woods was way beyond what we did back in the eighties in small town Saskatchewan.  For director Terri Mort, there is no question this was a gargantuan effort, with lots of moving parts, a five-piece orchestra and a cast of 27.  The value of the effort is beyond words in my view, as it provides an experience and memories that will last a lifetime.

Everything was tied together by the storyline of a childless baker (well played by Patrick O'Brien) and his wife (played strongly by Damie Oladebo) and their quest to start a family. It is revealed to them by the Witch (played by Andrea Wyllie) that the source of their infertility is a curse that she placed on the Baker's father and his progeny after she caught him stealing some magic beans.  She explains that the curse can be lifted if they find four ingredients for a potion: a cow as white as milk, a cape as red as blood, hair as yellow as corn, and a slipper as pure as gold.  If you don't know the show, you can see where the story goes from there and how it inevitably weaves in the other ubiquitous characters and stories from our childhoods.

I love going to these shows, primarily to see talented students working together to tell a story, exploring the magic of theatre.  Most will go on to careers that will having nothing to do with the fine arts, but the journey they just went through will serve them well in so many ways.  Some though have the potential, the raw talent, to do amazing things if they choose to go down the performance road.  Looking at the photos up on the wall above the box office, several of their alums have gone to terrific careers in the performing arts.

Ben was particularly taken with Samson Lee in the role of Rapunzel's Prince.  We first saw him perform at a Full Moon Cafe event.  I was pleased to see him come out with this ukelele for his first song.  A young fellow with a bucketful of talent, Samson was a lot of fun to watch.

Lilly Roy as Cinderella did an outstanding job, with a beautiful singing voice and a natural affinity for the stage.  Her potential as a performer is limitless.

Emma Carter was equally effective as Little Red Riding Hood, with a big voice and a strong presence. This is a young lady that continue to impress me. 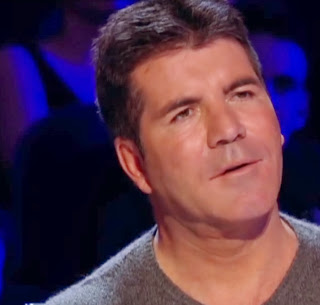 I was gobsmacked by the young lady who played the Witch, Andrea Wyllie.  I had a Simon Cowell moment in Act One as I cocked my head and thought to myself Who the hell is this? (excuse my language)

At first, I thought she was an adult ringer, a professional brought in to tackle this very difficult part.  I have no idea whether Andrea takes singing lessons, or if she has just been gifted with the natural talent, but she shone brightly last night, with a voice and acting ability that was first-class.

Putting a production of this size together is a total team effort.  We saw an energetic and talented ensemble on the stage taking their bows.  But beyond the lights, behind the curtains, was a dedicated crew and artistic team.  Thanks to you all for being creative contributors on a wonderful production of Into the Woods.  Congratulations!
Email Post