I watched this year's Westjet Christmas video to start the day.  By the time I realized what they were up to, and as the presents began appearing at luggage carousel number 8, my eyes were glistening.  The brilliance and logistics of pulling off this series of Christmas miracles is undeniable and has resulted in over 28 million views on YouTube in just nine days.  The fact that the Westjet team that scurried to shop for the Christmas wishes of the passengers on board a flight, presumably from Toronto's Pearson International Airport to the John C. Munro International Hamilton Airport, succeeded in both buying and wrapping those presents on what had to have been an incredibly short flight, blows my mind.

Some people have decried the stunt, saying that they could have used those dollars to lower our flying costs.  Frankly though, the money they could have saved on their next flight would have been so insignificant that they probably wouldn't even have noticed and certainly would have forgotten the moment they got on the plane.  With this strategic use of resources, every single person attached to the publicity ploy, from the Westjeters who raced from shop to shop to the present recipients (and most of their friends and family) will have a story that will be told and re-told for generations, generating millions upon millions of smiles, and even a few tears.

I love these heart-warming videos that spread through the holiday season.  The one of the acapella singers doing "Little Drummer Boy" is particularly good.  I'm certain you have your favourites, too. 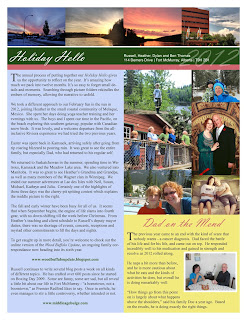 Through all of this, with the holiday light at the end of the tunnel, my Christmas mojo is slowing returning.  I began designing our annual family Holiday Hello on Sunday, a tradition I started many years ago to chronicle our year in pictures and stories.  It will become the Christmas card that we send out to family and friends from near and far. As I scan through the digital archive, the year that is about to pass goes flashing by, reminding me of the enormous blessings we've been given and the fullness of life that happens in a year.

This is my last day of work before taking some vacation time through the holidays and into the New Year.  I'm looking forward to doing some last minute Christmas shopping in the coming days, catching up with friends and colleagues who also find themselves with some extra time on their hands, and allowing the spirit of the season to wash over me. 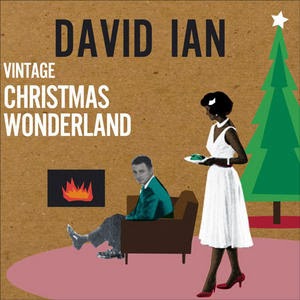 I'm listening to a Vintage Christmas Wonderland by David Ian while writing this, a jazz-infused collection of 5 holiday classics. It's a perfect soundtrack to writing about something as ethereal as holiday spirit, Christmas joy, and all the warm and fuzzy feelings that fly hither and thither during the festive season.

In a year when we lost a dear friend and colleague, with a municipal budget on the ropes, our community Legion suffering, continuing controversy about long-term care for seniors, among many other challenges, tragedies and pockets of sadness, I choose to seek brighter things, share kindnesses and embrace gratefulness in all its wonder and glory.  I also look toward 2014 and whole-heartedly wish for resolve, rebirth, and renewal.

I don't say this often enough, but THANK YOU.  I'm enormously grateful to the many people who read this blog on a regular basis, especially those who have shared with me that they do so.  It is a daily joy for me to sit down and write.  It would be a rather solitary pursuit were it not for you.
Email Post