To the Barricade, Vol. 2 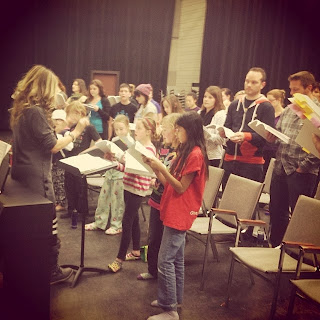 Not called for the first song of yesterday's singing rehearsal, I popped in a little early to watch the large ensemble doing the beggars scene.  It was my first opportunity to hear young Reese Stanley in the role of Gavroche.  She had quite a presence when we first saw her in the summer, and she will shine in the main young person role in Les Mis.

The ensemble sounded great, filling three long rows of chairs that took up much of the space in the rehearsal hall.  This is a BIG production, and when all the players are singing together, in full voice, it is intoxicating.

Unfortunately, I'm still in the phase where I am learning names.  While many of us have worked together before, there could be as many as 50 percent who are new to Keyano Theatre Company and to me.  That alone is a stamp of success, in terms of many of the changes that have occurred around the audition/recruitment process.  If you were to take into account Calendar Girls, Hometown...The Musical!, and this production, the percentage growth in the KTC talent pool would be off the charts.

I'm loving listening to Greg Lupul, a seasoned rock singer who has recently returned to Fort McMurray from an 8-month global adventure.  A sales guy by trade, Greg is like that football player who leaves it all out in the field.

"Right my girl. On your way!" has already become one of our favourite lines in the show.  His vocal power is amazing, as is the spirit he brings to the ensemble.

Terri Mort blew us all away last night, giving us a first glimpse of Madame Thenardier, my beloved wife in the show, complete with a delightfully funny characterization, a vocal instrument that is so distinctive, and a willingness to take it to the max.  It is going to be awesome working with this talented performer.

Towering over most of us is newcomer Kyle Beeson in the role of Marius.  His vocal range and quality are stunning.  He is a strong addition to the cast working closely with fellow revolutionary Dustin Young, playing Enjolras.  Being in a Keyano show wouldn't be the same for me if Dustin wasn't along for the ride.  He is sounding great in this very challenging role.

We were a little ahead of schedule last night, getting through the songs at a pace that was much quicker than anticipated, so we were released early.  This is a critical part of the production process, as we become familiar with the intricacies of the melodies that have grown familiar to us through listening to the soundtrack, and the connective pieces that take us from scene to scene.  In a lot of cases, those are the really difficult parts, the ones that will make or break the show.

Through repetition in rehearsal and private reviews of the material between now and the beginning of January, we'll be ready to put this epic adventure on its feet when director Claude Giroux arrives in 2014.

I'm going to go out on a limb here and suggest that this could end up being one of the strongest, most impactful Keyano Theatre Company productions ever.  Jesus Christ Superstar (2001) came up in conversation over lunch yesterday, as a show that was a true game changer.  I watched every performance of that show and it sits atop my list of favourite productions of all time. Les Misérables has every potential to become a theatrical experience in Fort McMurray that will be talked about for generations. 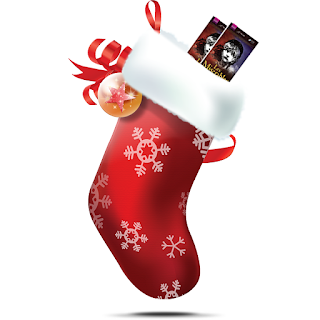 For long-time patrons, you are going to see and hear a treasure trove of new talent and voices.  For those people who have never seen a KTC show, you will be floored by Les Misérables, the professional production values and the size and quality of the ensemble.  Tickets to this epic show will be incredibly hard to come by as the pages of the calendar flip from January to February.  The best time to buy tickets is right now -- talk about the ultimate stocking stuffer!
Email Post