To the Barricades, Vol. 4

I went to bed last night thinking about the interesting souls that have joined us on this creative road to our February date with destiny: putting on of the greatest musicals of all time in front of a Fort McMurray audience.  It came to my attention that our assistant music director, Dianne Pare, a wonderful instructor with the Keyano Conservatory, has a performance background that is pretty amazing. 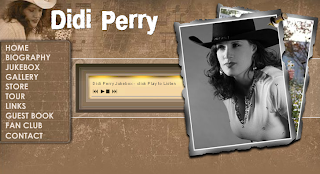 Dianne, a.k.a Didi Perry, is an independent country music recording artist who, at one time, had the number one country album across the big pond.

"I was charting better than Carrie Underwood in Europe," she recalled.  "That was back when she came out with 'Jesus Take the Wheel'.  You remember that one?"

Her song "Are You Foolin' Me Cowboy" hit #1 on the European Country Music Association radio chart and stayed there for four weeks.

I'm looking forward to visiting with Dianne in the coming weeks to learn more about this exciting chapter of her music career, her earlier life growing up in the small Francophone community of Vimy (Alberta), and how she came to be in Fort McMurray. 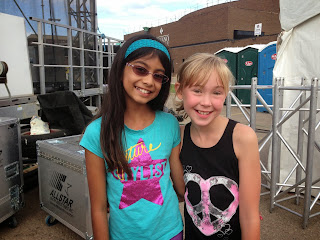 We have several successful musicians among us as we continue working on the wonderful music that breathes life into the epic story of Jean Valjean.  One of the youngest is Amrita Mosale.  We were thrilled to hear that she is to be awarded the Royal Conservatory of Music Gold Medal for having completed her Level 2 examination last spring achieving the highest mark in all of Alberta.  Playing young Cosette, rotating with Grace Lima (on the right in the photo above), Amrita (pronounced UM-rit-a) is receiving vocal instruction from Kimerica Parr, ironically enough, playing the adult Cosette.

She is a delightful and super talented young lady who not only excels in musical theatre and singing, she is exceptionally proficient in the speech arts.  I tried to get her to recite some poetry for me last night, but she was a little shy.  I'll keep working on her! 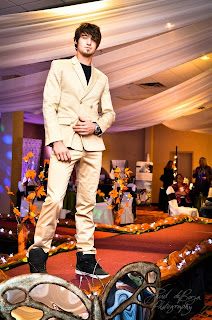 I'm particularly excited about the fact we have a pipeline operator as a member of the ensemble.  While we had a cast of 125 for Hometown...The Musical!, workers from oil sands were sadly under-represented.  Kyle Beeson, and several others in Les Mis, are hopefully beginning a new trend that sees increased participation from people that are making a living in the industry that surrounds us.

Kyle, probably the tallest member of the 50-member cast, is playing the romantic lead in the show: Marius.  With a rock-embued voice, developed from years of singing in rock bands, Kyle sounds incredible and has jumped right into the process. 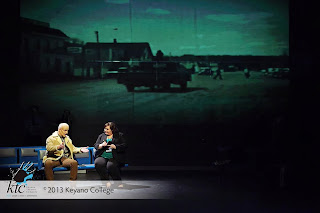 It is so great that publisher Krista Balsom has returned to Keyano Theatre Company for her second production.  We had a wonderful scene together in Hometown, one of my favourites in the show.  She has had an enormously successful year with YMM Magazine, and several other marketing and publishing projects.  She's also a fantastic singer and a generous member of the ensemble.  To say I'm thrilled that she is with us, would be a grand understatement.

Over the course of the "To the Barricades" blog series, you will not only get a sense of the creative process in real-time, you will be able to meet many of the amazing people who will generate the magic of this Keyano Theatre Company production of Les Misérables.  I hope you are enjoying this continuing glimpse behind the curtain of what will be an amazing theatrical experience.
Email Post