In the last 24 years, there has been only one summer when the interPLAY Festival did not happen.  That was 1995. The board at the time, decided to put the event on pause, in hopes that they would be able to revive it the following year.  The 1996 version of interPLAY - my first - happened up in the Thickwood Heights Arena (Casman Centre), using the amphitheatre, the performance area out back (not sure if that exists anymore), and the parking lot.  The scaled down version of the street festival was successful enough to create momentum that brought it back to its original home on Franklin Avenue between Hardin and Main, where it lived from 1997 to 2010. The festival changed venues in 2011, moving over to King Street and Keyano College, where it ran three more times.

Fort McMurray's long-running signature arts festival will not happen in 2014.  The question of whether or not it will rise again in future years is yet to be determined.

We could sit back and bemoan the chain of events that brought us to this juncture, or we can leverage the lessons learned and push forward, into a new era of summer arts celebrations in our region.  I'm glad that the board of Arts Council Wood Buffalo has chosen to host a community conversation to bring people together to explore the latter. 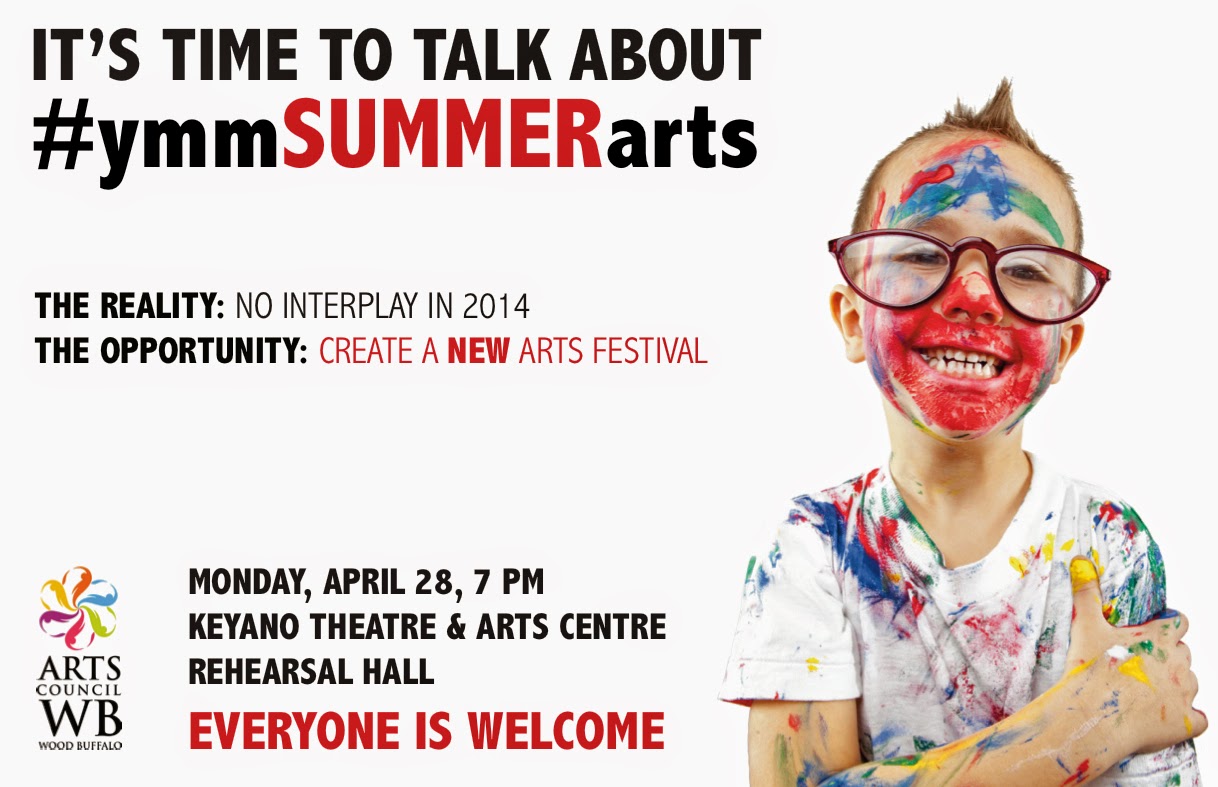 The #ymmSUMMERarts conversation will take place on Monday, April 28 at 7 pm in the Keyano Rehearsal Hall.  Who should come?

People who have a passion for the arts.

Citizens who enjoyed the magic and moments that interPLAY created for 23 years.

Organizations who want to collaborate to create something new and exciting.

Businesses that have something to offer in terms of programming or services.

Artists of all ages and disciplines who want to have a place to play and perform in the summer.

Funders and friends who believe that having a thriving summer arts festival is important.

If we wait for others to fill the gap created by the absence of interPLAY, we could be waiting a long, long time.  It's time to start the conversation, not only about what we can do in the summer of 2014, but what we can and should be doing in the many summers to come.

If you have ideas to share and energy to give, we hope that you will participate.  We'll have some fun designing the future, commiserating among friends, and turning lemons into lemonade.
Email Post