Walk beside the river Snye 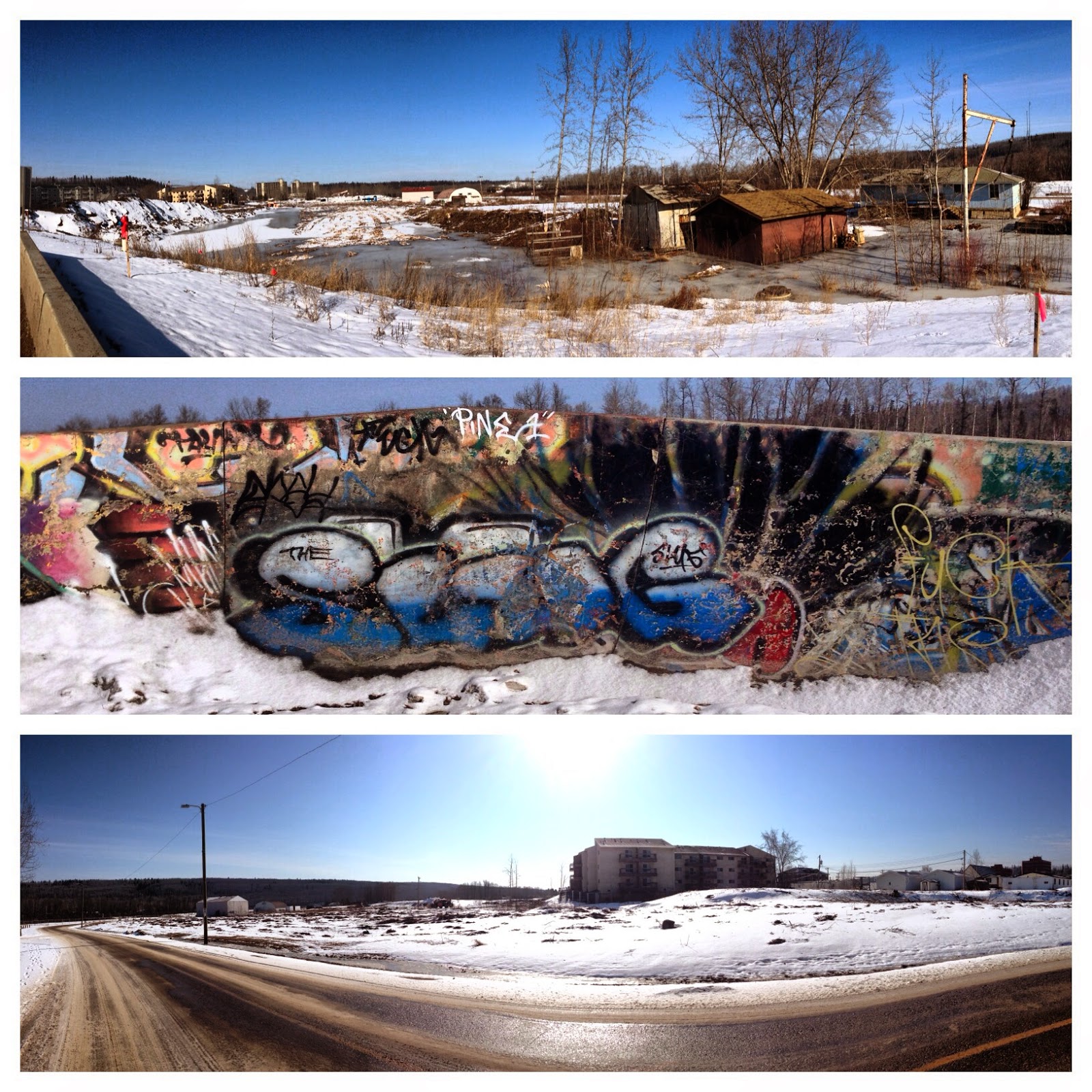 It was strange that on the day that Ben and I took our first walk along the Snye this year, a picture started popping up on social media: a new rendering of what the district could look like in 5 to 10 years. 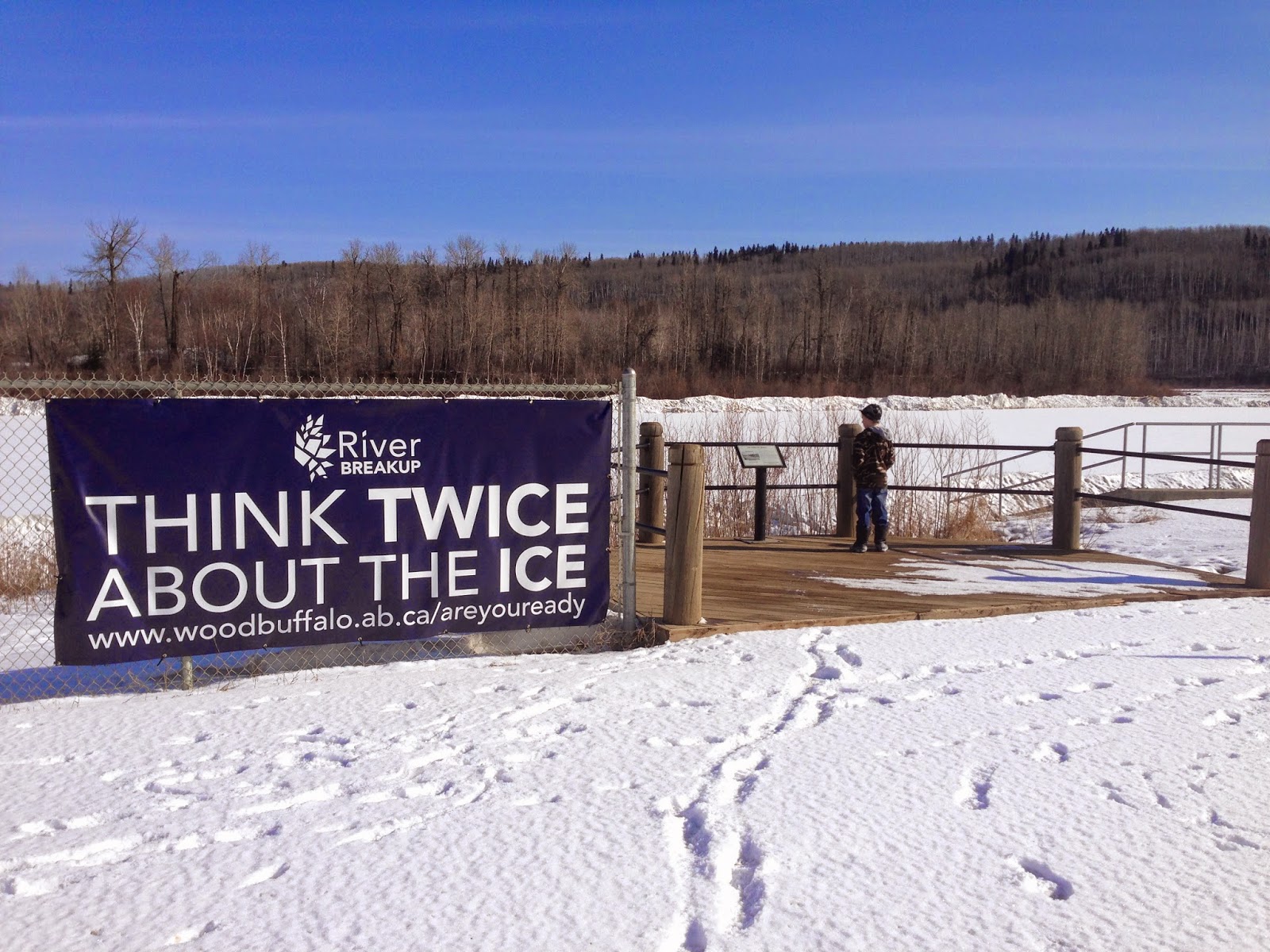 In many ways, I am surprised at how things have changed down there in just a matter of months.  We live very close to the Snye, just a couple of blocks away, and outside of big dump trucks going up and down Hardin, we had no idea about the level of tree clearing and earth moving that was taking place.

We've also been hearing mixed signals from this new Council as to what they will move forward with and what they won't.  I am confused about which projects are full steam ahead and which have been pulled.  I was pleased to see that significant ground work was done in the Snye district and that at the very least, the park should begin to take shape this spring and summer. 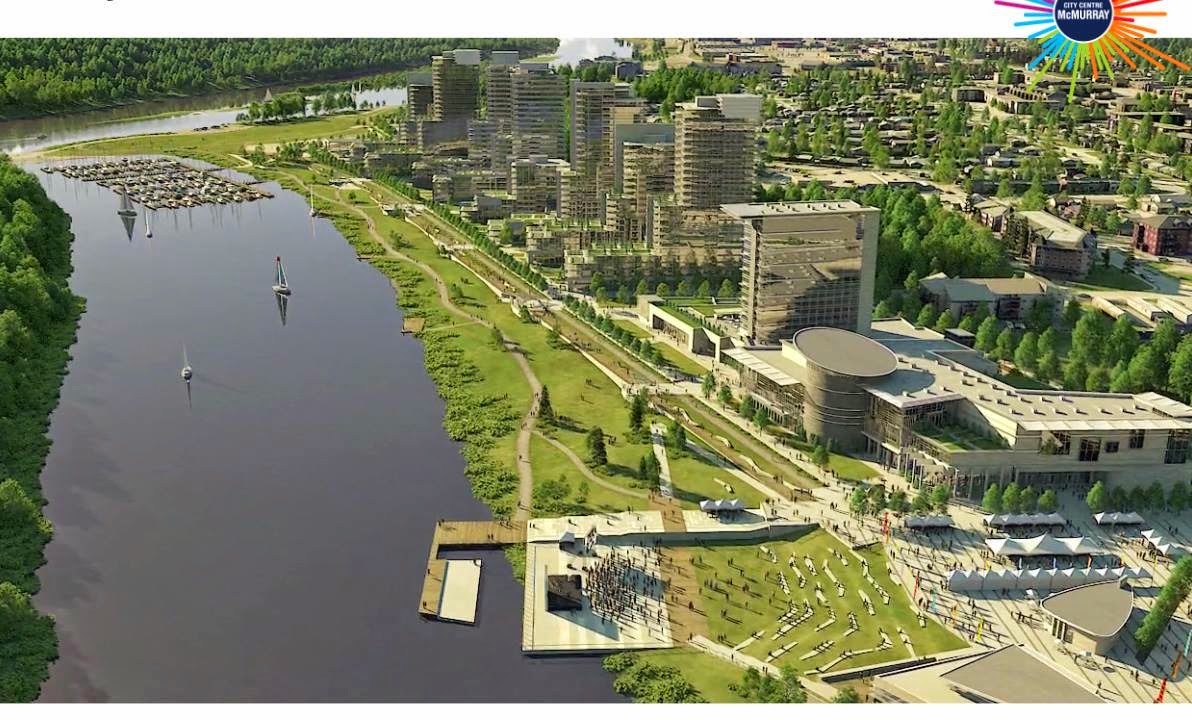 As the beautiful rendering picked up momentum and eyes last night, there were a refreshing number of positive comments, also a lot of valid concerns sprung out of rumour, conjecture and assumption.  I am six months removed from the machine that is pulling all this together, but I suspect much of the philosophy of the waterfront has not changed.  As a municipal councillor, it was an important part of my decision making process to fully understand what it was I was being asked to consider.

The truth regarding views to the water is that, apart from the few people who live in multi-storied condos near the river, we haven't had any.  I live on Demers and all I can see is the hills on the other side of the Clearwater.  In terms of access and parking, there will be plenty of both as Prairie Loop Boulevard winds around Snye Park and toward the Civic Plaza District.  Trees having been removed to be replaced with rolling parks, free of obstructions, we will have views of, and access to, this body of water that far surpass anything we've had before. 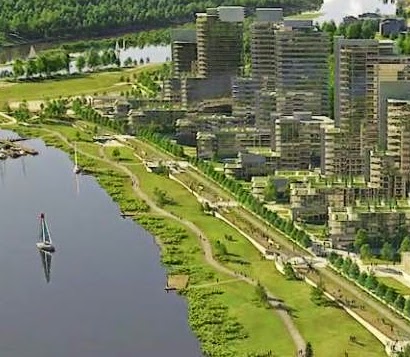 Also, the tiered condos that you see in the rendering will all be private developments that will only get built when there is a proven market for the type of housing product (and price) that they will offer.  I'm not a realtor, but my guess is that it could be years before we see this scale of development along the water.  I hope I'm wrong though, as it is that density of people that we help the area come alive and make it safer for all of us.

There were some concerns expressed about a concrete seawall that will significantly hamper access to the water.  This is simply not true.  The "sea wall"is an essential part of the integrated design of the waterfront program that will in fact provide many great access points, excellent viewing of the water, and flood protection for the lower townsite. 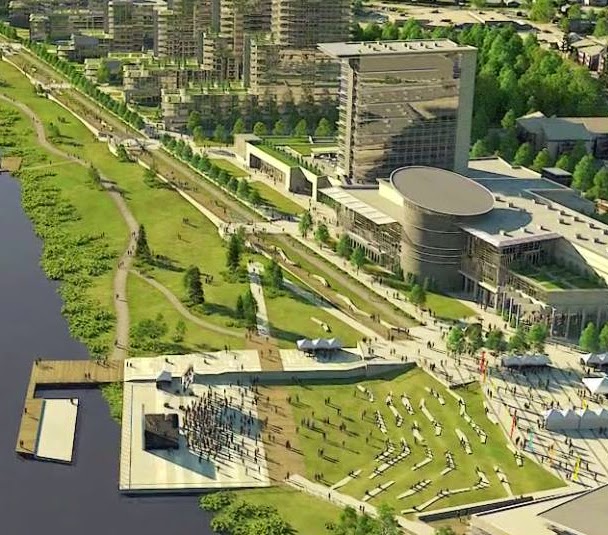 Below the "sea wall" will be myriad trails and lookouts, amenities that can either be refurbished or replaced in the event of a dynamic river break that causes high water and damage.

Work continues apace on the Snye remediation project, near the causeway that takes us across to MacDonald Island.  The intention is to bring a steady flow of fresh water in from the Athabasca via pipes and a catchment system that are designed not to silt up and continue working for years.  This inflow, combined with a number of other measures, should create a less stagnant body of water, while not threatening the pike spawning habitat that has developed over the many years since the causeway was installed.

We have an amazing indoor experience with the Suncor Community Leisure Centre at MacDonald Island.  Being there on a Saturday afternoon is akin to being at the West Edmonton Mall.  It is always super busy and full of energy.  I believe that when the Snye waterfront gets developed, it will provide that long-awaited outdoor amenity in the City Centre that will become alive with people, from the Civic Plaza all the way to Snye Park with all of its planned attractions and features.

It's hard to imagine it all, looking at what exists down there right now.  Someone used the word "shanty" when I posted the above picture on Facebook yesterday morning.  They weren't far off.  It's not pretty at this stage of the development.  But that will change.  You have to use your imagination and trust that we are heading in the right direction.  I believe we are.
Email Post