What began as the interPLAY Film Festival, in partnership with Events Wood Buffalo, back in 2011, has grown and evolved into something bigger, attracting more film entries, and encouraging a more vibrant and engaged filmmaking community. 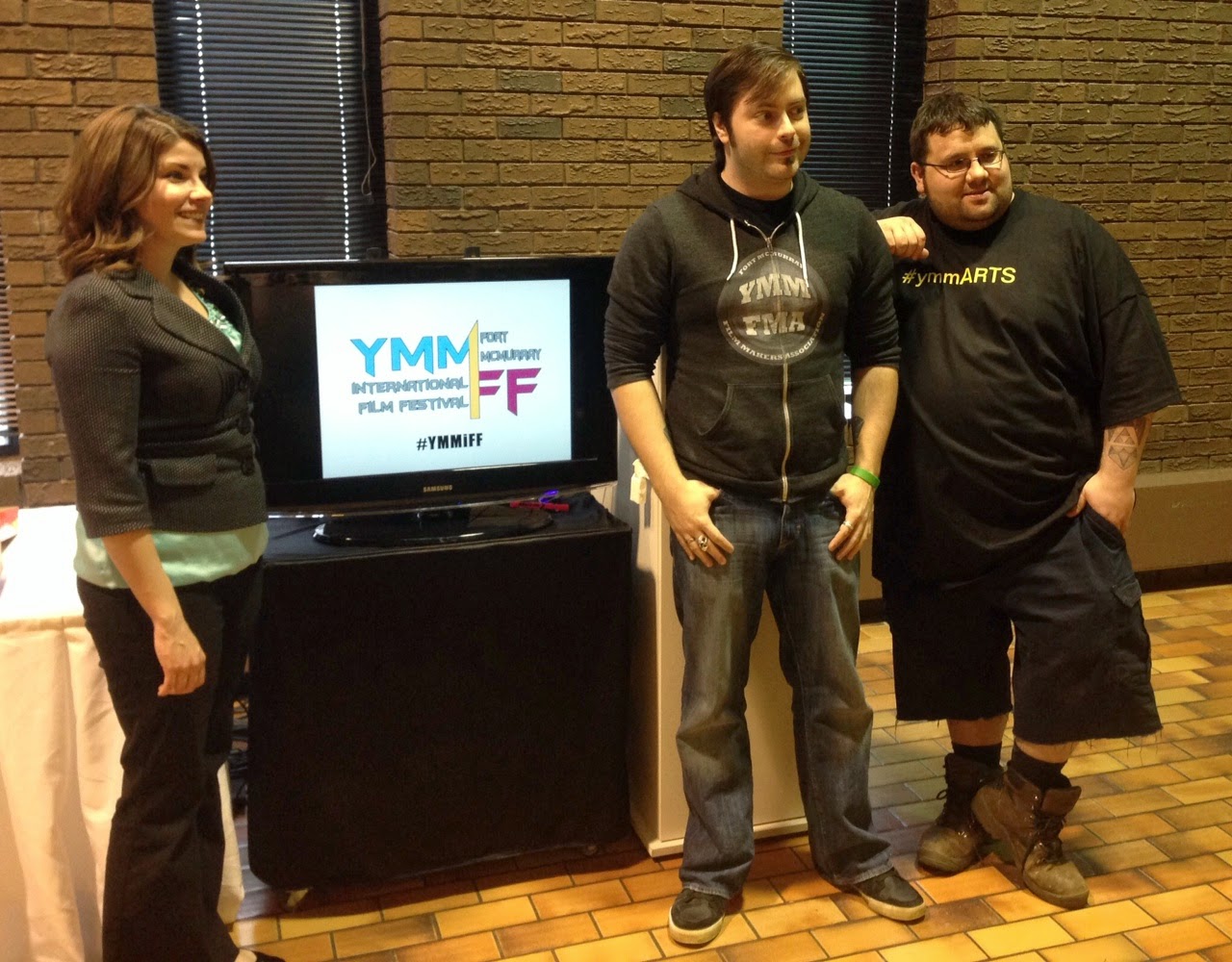 Three of the five founding members of the Fort McMurray Filmmakers Association (YMMFMA) unveiled plans for the 2014 Fort McMurray International Film Festival at a media event in the lobby of Keyano Theatre and Arts Centre yesterday afternoon.  With over $5,000 in cash prizes and the return of the 48-Hour Film Challenge, the three-day red carpet event promises to include films from all over the world and many homegrown creative adventures.  It will happen during the traditional weekend of the interPLAY Festival, August 8 - 10, in the Keyano Recital Theatre.

It's a lofty goal, but one that I fully expect this motivated group of community builders will achieve.  They took a leap forward this year by tapping into Withoutabox, the world's largest independent film community.

"Before we opened up applications on April 1st, we had had a flood of interest," said Steve Reeve, one of the founders of YMMFMA. "Withoutabox is a great tool or filmmakers."

Local filmmakers will have the exclusive opportunity to compete in the 48-Hour Film Challenge starting on August 1, when they will be given three elements, around which they need to write, film, and edit a short film in just two days.  When they arrive at the theatre that night they will be given a location, a phrase and an object that need to be woven into their story.

"The elements really are all about creating a level playing field," said Misty Oakes, another founding member.

Of course, local filmmakers have the opportunity to participate in the 48-Hour challenge AND compete in the regular festival as well.  Organizers have added an additional award to further incentivize participation; it is the Local Spirit Award.

Speaking of awards, they have enlisted the creative talents of Sean Weber to create completely unique acknowledgements of excellence.  Each award will be machined using aluminum, wood and other local products.  How cool is that?  A big thanks to Sean, who I always think of as the creative force behind Seven Cents, a local band that made a lot of waves about 15 years ago.  Now I'm dating myself.

With support from Nexen, and a call out to other local companies, the YMMFMA are on the right track to inspire the level of support to take the Fort McMurray International Film Festival to a new level.  It will become another cultural mechanism by which we can change the narrative of Fort McMurray to one that includes the creative arts as foundational to who we are.  I applaud this group of leaders for taking the bull by the horns and building something important.  They have earned our support and encouragement.