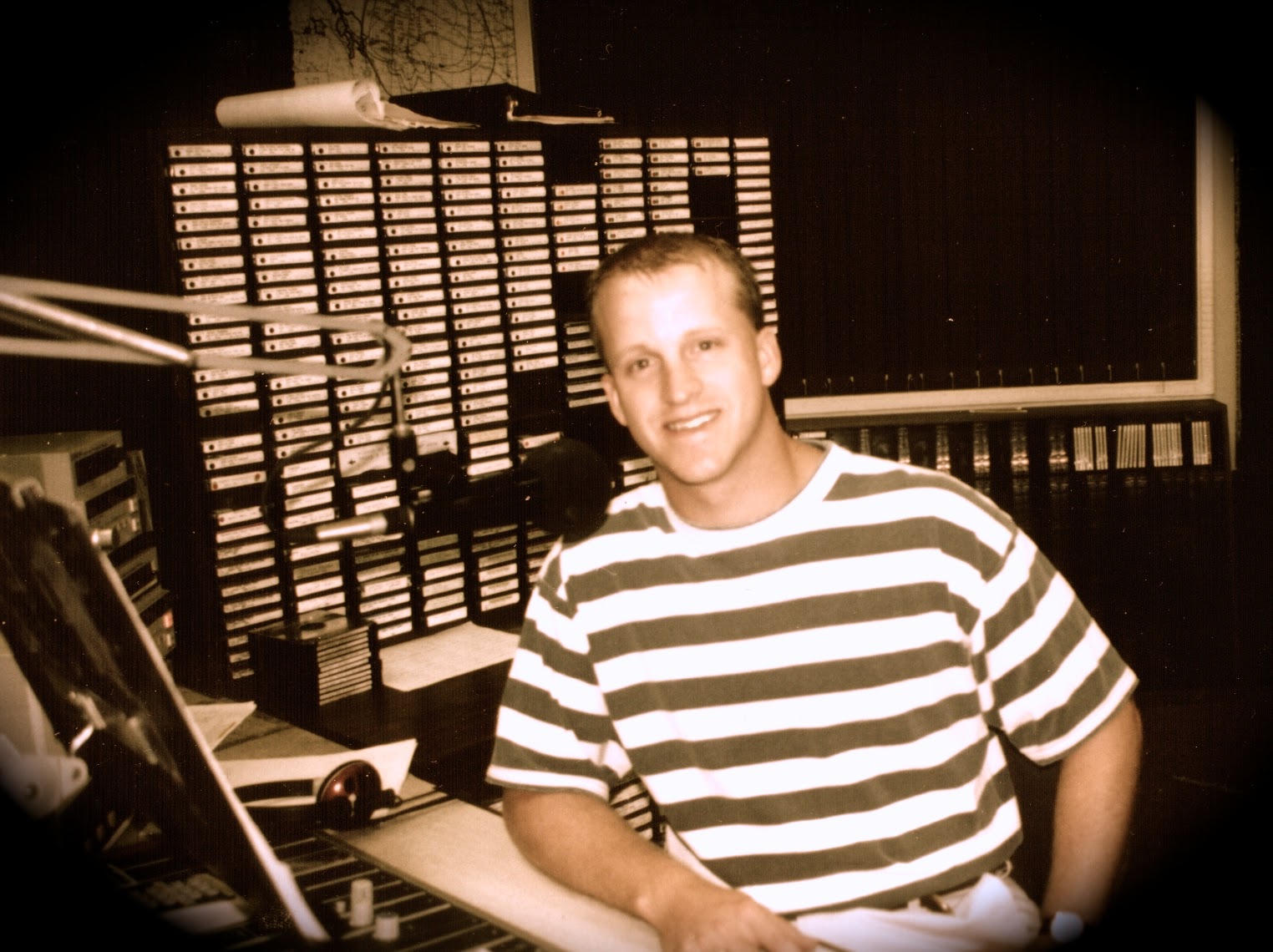 I used to be a radio guy.

It might surprise many readers that I spent a full decade in the broadcasting business, starting out as an overnight board operator at C95 in Saskatoon, then accepting my first full-time gig up in Fort St. John, BC.  It was a great place to start, way up in the great frontier of the north, working for Ray Telford doing evenings.  The memories of that brief time at CKNL are foggy at best, but I remember a red lacquered reel-to-reel player, thousands of 45 rpm records scattered all over the place, and Joe Stevens, the Hab-loving morning show host.

The company shipped me off to Parksville on Vancouver Island, where I moved into mornings, met my first wife, had my daily breakfast at Brenda's Coffee Bar, and got to spin whatever records my heart desired.  The memories become a little sharper as I recall the CHPQ days, of Brad Charlesworth doing the afternoon show, smoking up a storm in the glass walled studio.  At the end of his shift, he'd open his door and a purple haze would spill out.

CJAV (Port Alberni) was followed by Q14 (Stettler) and Q91 (Drumheller) before I accepted a job at CJOK in Fort McMurray. 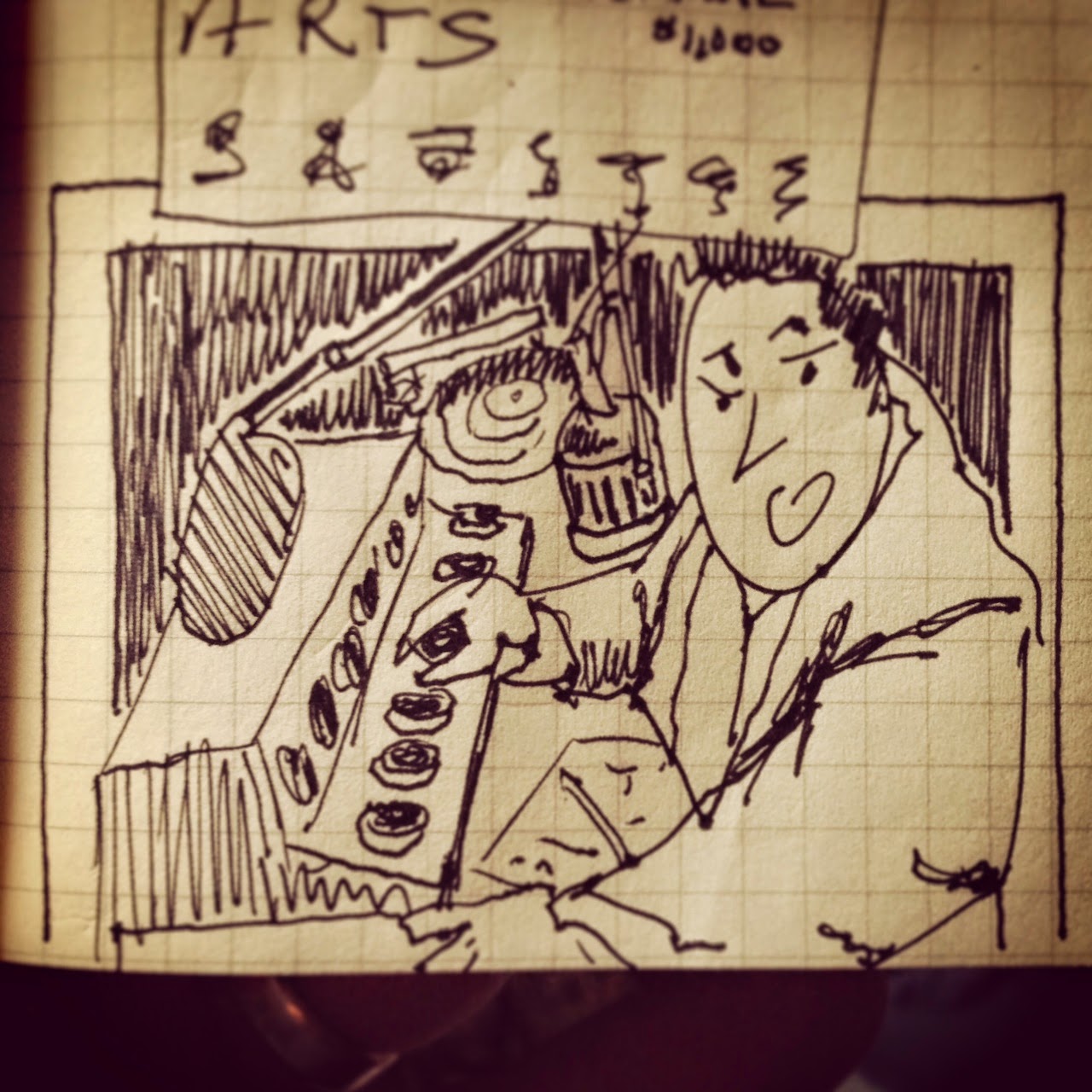 I always go back to the days of records and CDs in my reoccurring dream.  It changes ever-so-slightly every time it comes around, last night taking place at a larger station in a familiar, yet unfamiliar, community.  I had been assigned to an on-air shift, complete with a commercial log and music playlist.  The trouble inevitably started when I couldn't find the next song.  With the current tune rapidly coming to an end, I was no closer to finding the track that was supposed to come next and panic (and anger) set in.  Dead air ensued - the kiss of death in the radio business - until I slapped something on, anything, just to avoid the silence. It was a song, commercial or PSA that totally didn't fit.  Then I woke up.

In some iterations of this dream it is a country music station and I can't find a country song to save my life - nothing but rock songs in sight.  Last night's nocturnal adventure was less specific, though nonetheless equally disturbing. I woke up feeling stressed, not wanting to slip back into sleep and to that radio station.  Instead, I got up to use the washroom, shifting the brain waves just enough to vault me into a different set of dreams.

I wonder why I keep coming back to this scenario?  What is it that the universe wants me to learn?  Is it that songs do come to an end, and that silence should be embraced, not feared?  Is it that chaos is the natural order of things and that trying to control what you can't is futile?


For the record - because it deserves to be said - I loved my radio days. That decade formed the foundation to almost everything I've done in my career since.  I loved nothing better than rising at 4 am, getting hopped up on too much coffee, having a blast for three or four hours on-air, then crashing in my office for a power nap before continuing on with my day.  I loved the people involved, the communities I served, and the listeners I connected with.  It was a great 10 years and I wouldn't change a thing...not even the dead air.
Email Post