Stop all the clocks 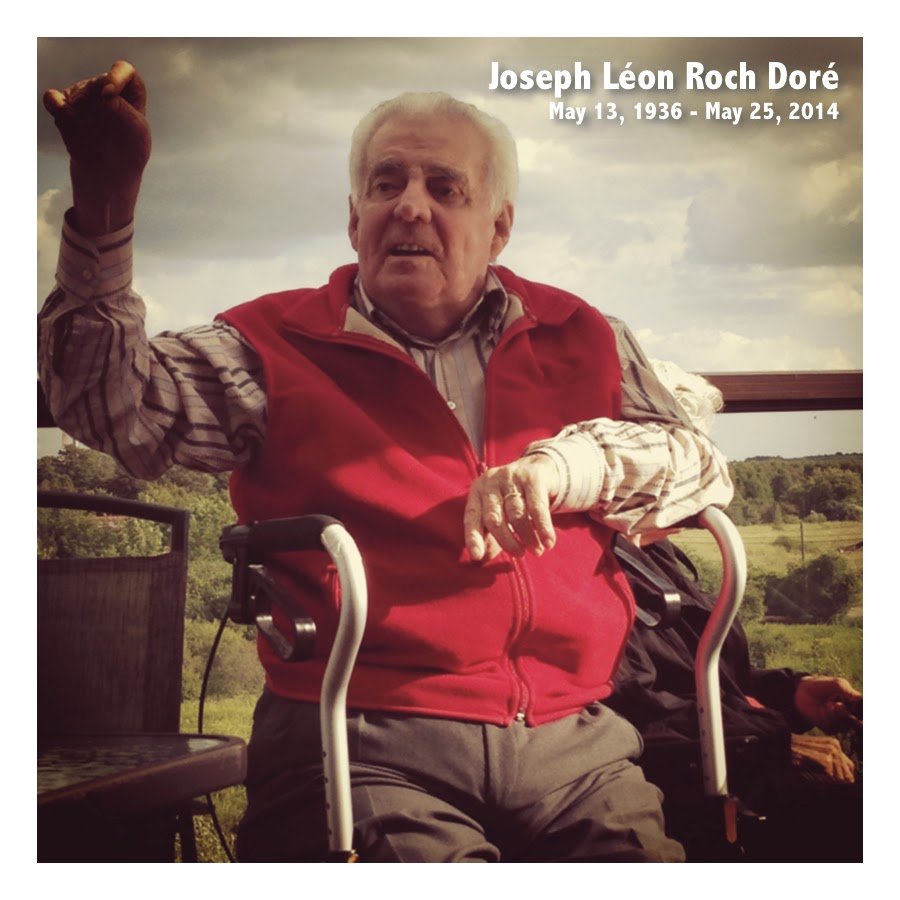 Stop all the clocks, cut off the telephone,
Prevent the dog from barking with a juicy bone,

While I write this, my dearest cousins are standing over the body of their beloved father, my uncle, my mentor.  He died in his sleep after his annual spring trip to Montreal with Marcel, his middle son, returning to visit old neighbourhoods, familiar haunts and old friends. 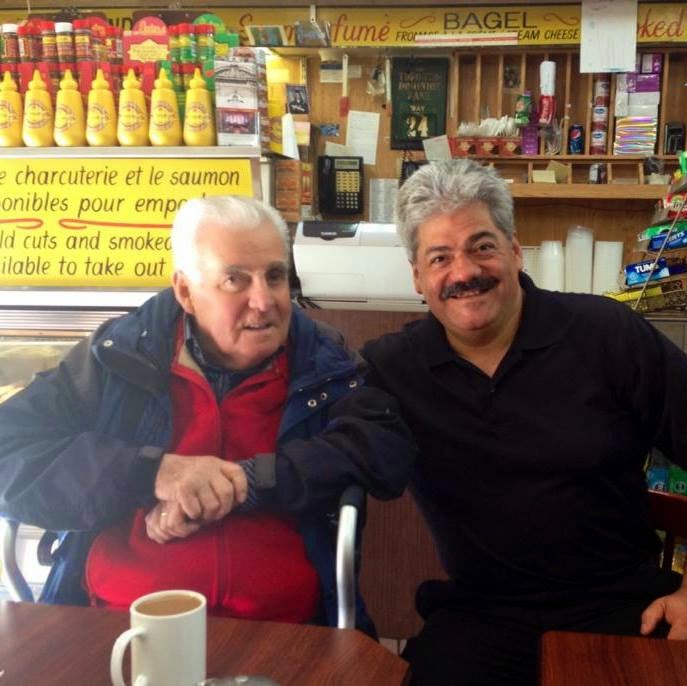 I had a good trip, he wrote in an email to my aunt yesterday, but I'm tired and I'm going to bed.  That was the last email he ever wrote.

Silence the pianos and with muffled drum
Bring out the coffin, let the mourners come. 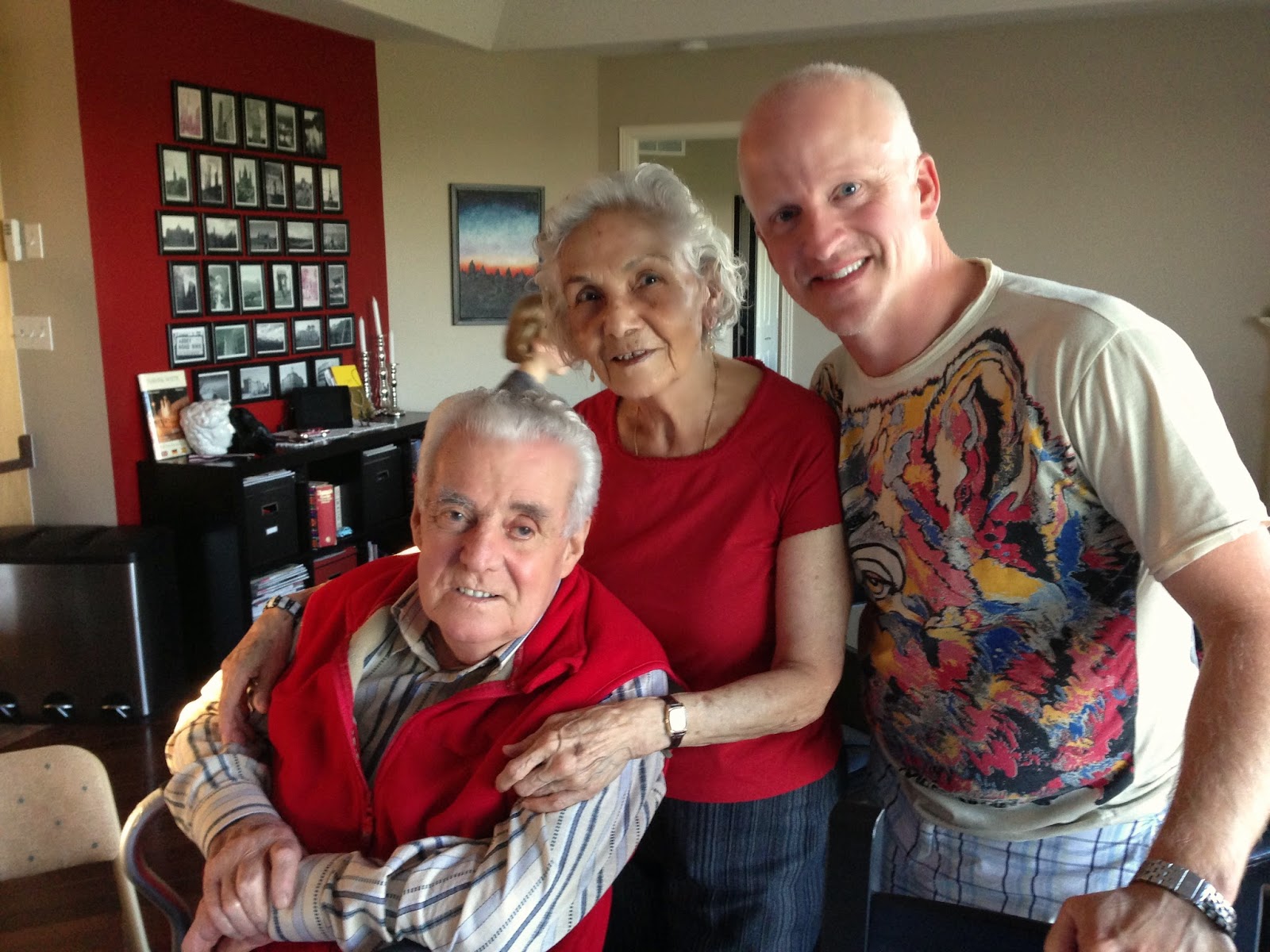 Uncle Joe was often the first person to respond to my Wood Buffalo Updates, a semi monthly blog post that goes out to several hundred friends and family all over the country.  I looked forward to his emails, words of encouragement written in 18 pt. font - his eyes weren't the best. I missed them and worried when they didn't arrive (which was rare).  My heart is heavy thinking that I will never receive them again. 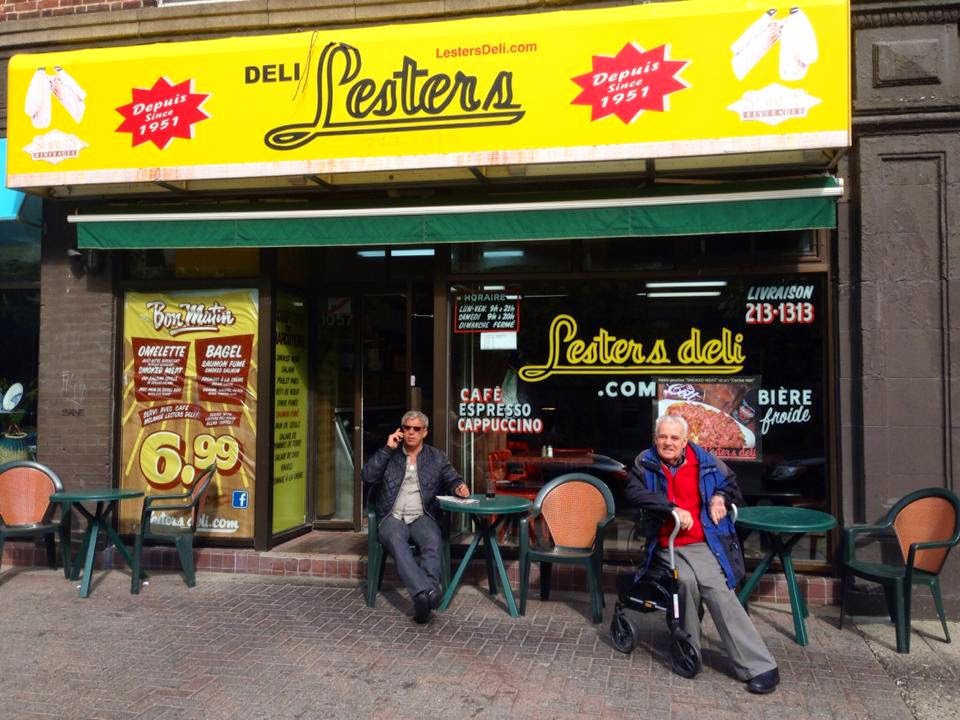 Joe was a character, with a million stories, and a way of telling them that was entrancing.  He had strong ideas about leadership, character, and integrity.  He had this way with people that was charismatic and unforgettable.  Walking into a restaurant with him, it was clear that he was a favourite of the serving staff.  He knew their names, asked about their families, cracked jokes and brought sunshine to their day, no matter how he was feeling.

Let aeroplanes circle moaning overhead
Scribbling on the sky the message He Is Dead,

When I first considered running for public office, he openly shared his thoughts, admonitions, and philosophies.  He was my moral compass, when I won the election of 2010, when I lost the election of 2013, and as I stood on the precipice of a major career change. 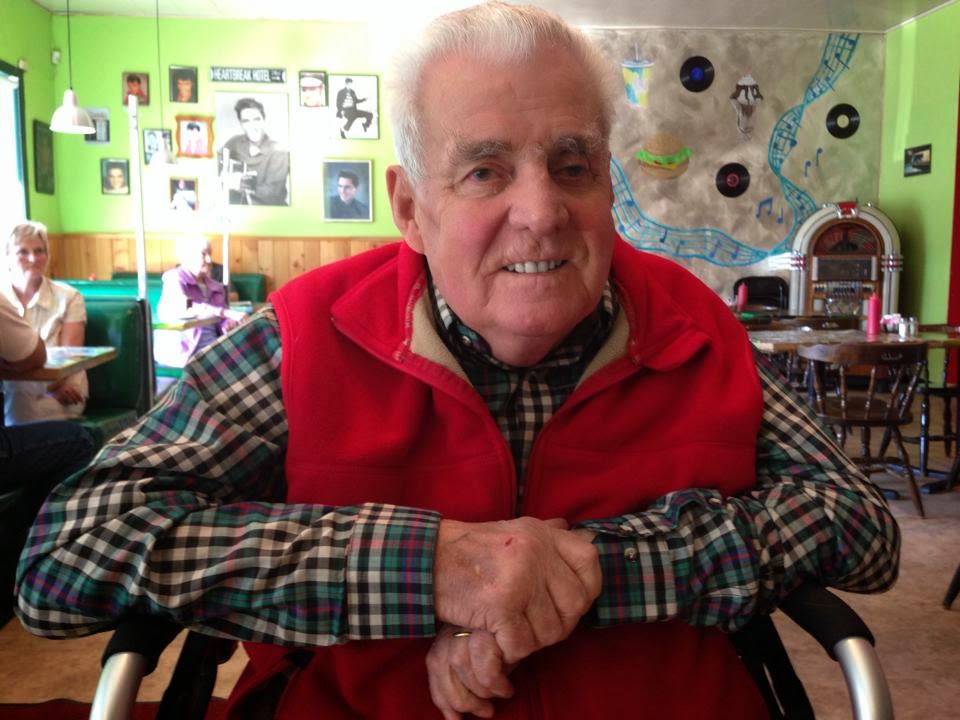 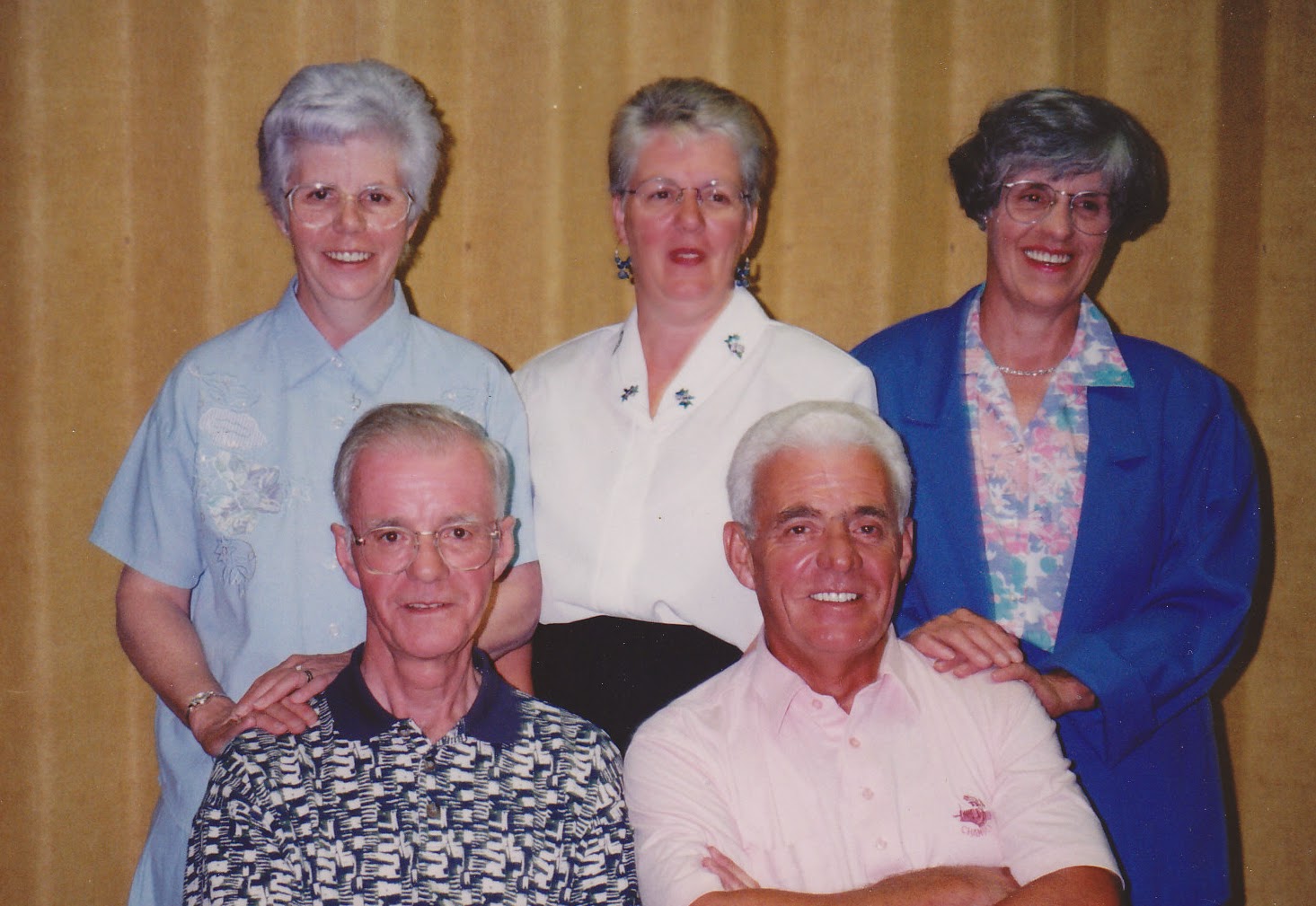 Joe was a people person, a professional recruiter, interviewer and management consultant in Montreal starting in the late 1960's.  He focused on inborn talents, character traits, capacities, and abilities, inborn ingredients that cannot be bought, learned or acquired.

They exist in a person or they do not, he wrote in Management by Evolution.  This is called the POTENTIAL of an individual.  The utilization of the inborn can indeed generally be learned and taught.

He was my North, my South, my East and West,
My working week and my Sunday rest, 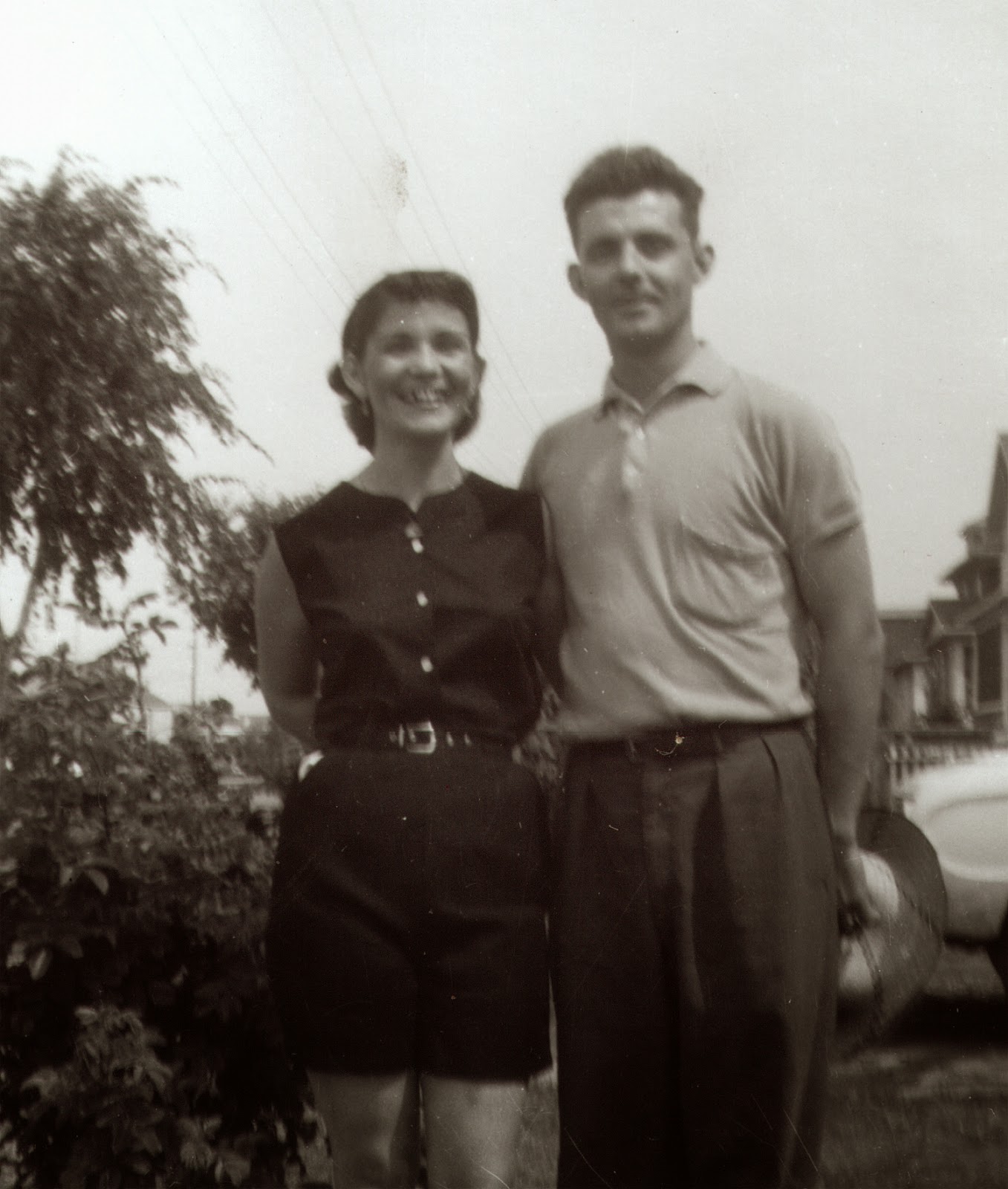 As I watched Joe in the last few years - I had the chance to spend time with him on a number of occasions, despite the fact that he live on the opposite end of the country - I saw how he engaged with his sons, his wife, with all of us.  Despite the fact that his body had been slowing down for years, his mind remained incredibly sharp, and his heart, full.

He ended each piece of correspondence with "Love and abrazos (hugs) to all". I know he is thinking the same thing as he embraces the angels.

My noon, my midnight, my talk, my song;
I thought that love would last for ever: I was wrong. 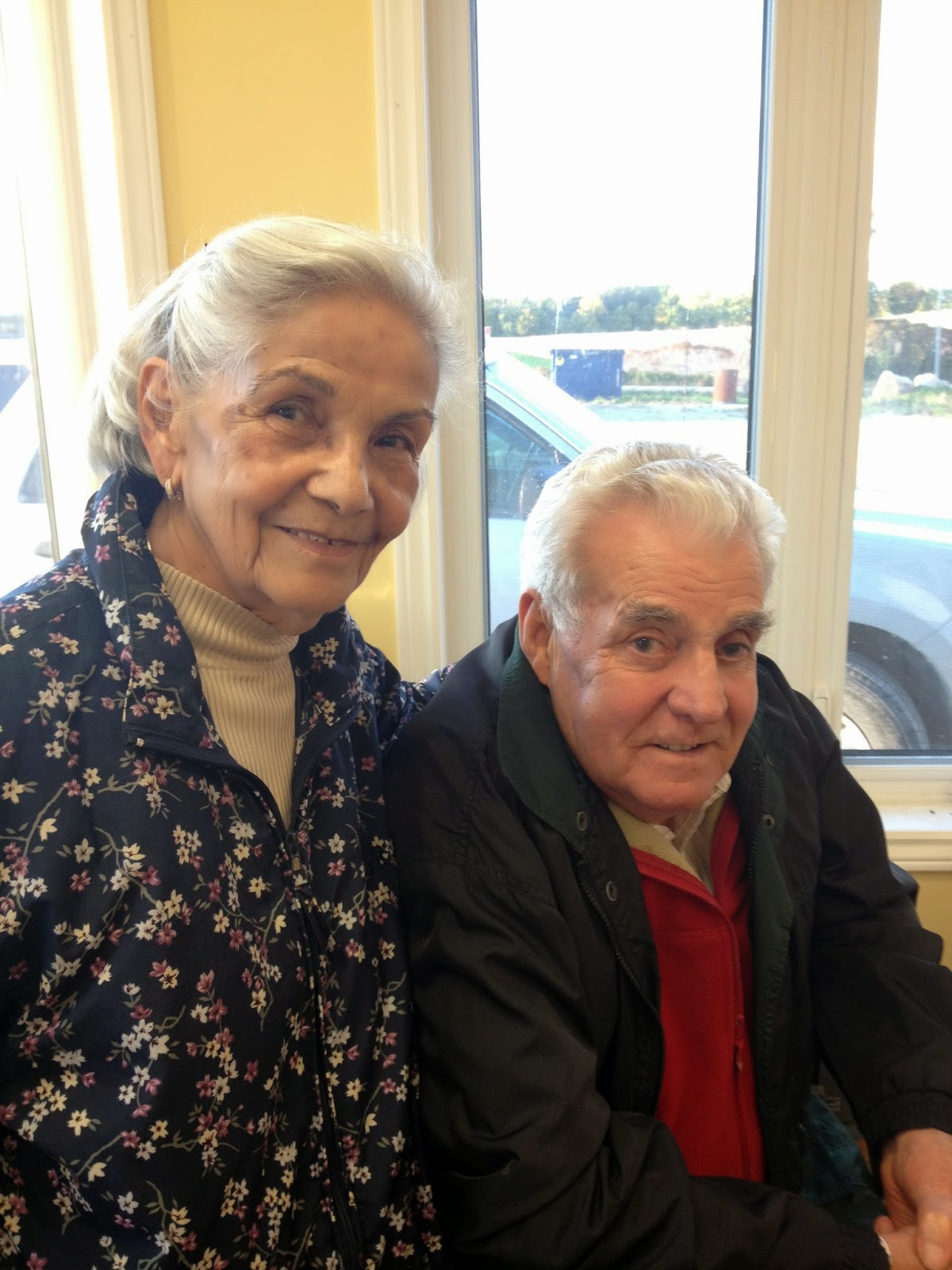 I was not prepared for the call.  There was no inkling, no premonition, no sign that Big Joe would be leaving us.  In my heart, I thought he'd be with us forever.

We all learned something from this amazing man. I found a list of 10 things that Pierre and Marcel learned from their father, which they presented to him on Father's Day in 2012.  This brilliantly captures his spirit and why he will never be forgotten, by any of us.  With their permission, I will share them with you now.

1. Respect individuals - except the _ _ _ holes!
2. Let yourself feel - it's OK, even if you're a guy!
3. Love life - soak it up - it's the only one you have.
4. Be generous - with your time, your help, and take that extra step.
5. Stick to your guns - ethically, morally - and always for your family.
6. Work hard - but take the time to go fishing with your sons (daughters).
7. See the person that others may not see - you may be pleasantly surprised.
8. Stand up (straight) and be counted - You have something important to say.
9. Take care of your wife - nurture her and accept her - and she will take care of you!
10. Everyone else hasn't thought of it yet - probably because it's never been done that way?

Uncle Joe is gone, but he is not.  His body has left us, but his spirit, his character, will live on forever.

I will give the final word to Joe, thoughts on leadership to me, that certainly can apply to us all.

Be the leader...be the value...be the connections for others...don't wait for others to lead you.

(excerpts from "Stop all the clocks" by W. H. Auden)
Email Post