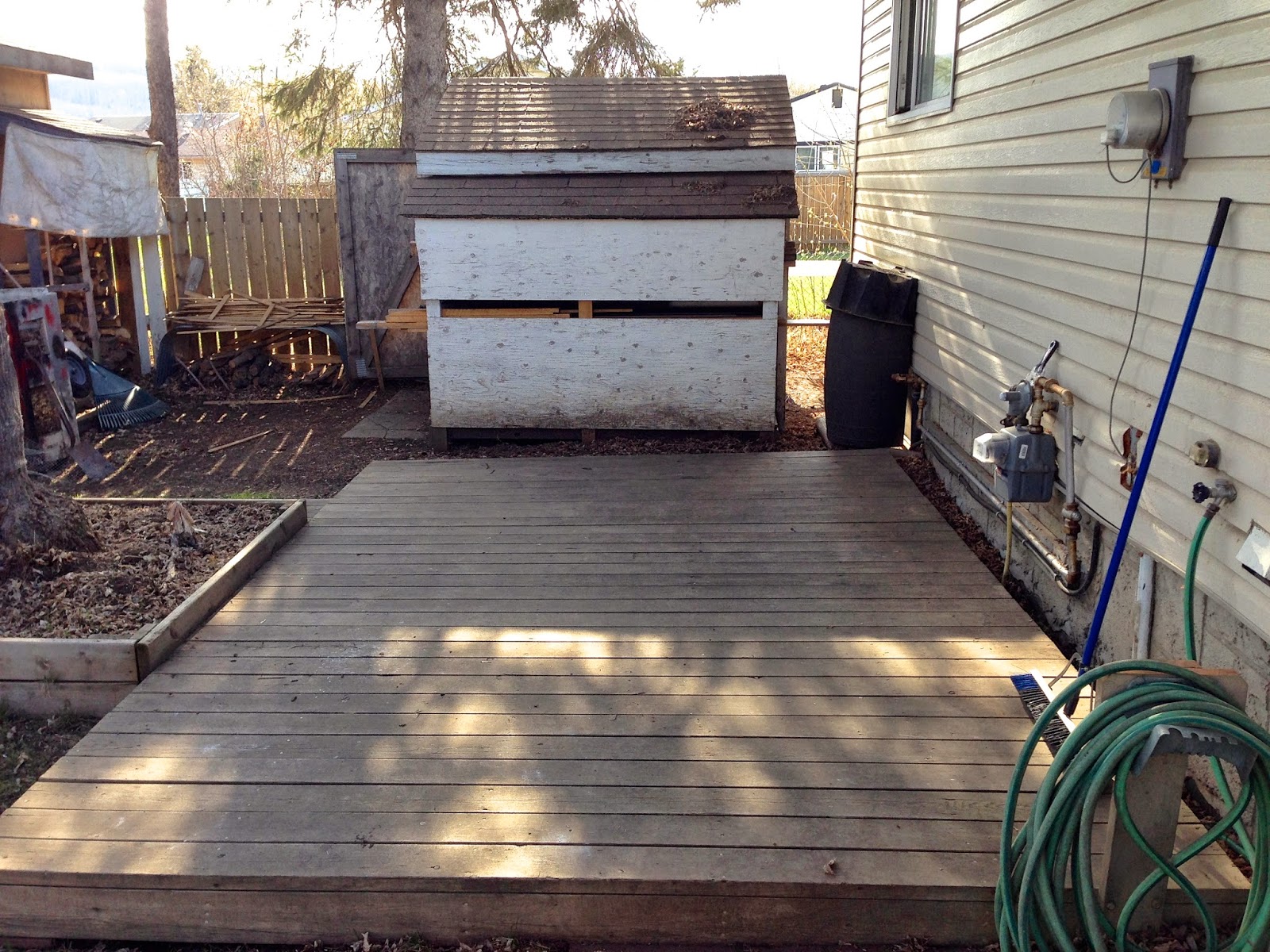 We have a deck in our backyard.  It was here when we bought the place back in 1999 and has weathered multiple seasons with very little love.  Whatever treatment it had 15 years ago had faded to nothing, with the wood having the patina of the adjacent treated lumber that marks out our raised flower bed.

To be honest, we haven't used it that much as a summer gathering spot, more as a repository for our barbecue, assorted chairs, and that's about it.  Because we hadn't given it any love, it didn't seem like an inviting spot.

The deck was built in the early 1990's by our home's former owner: singer/songwriter Jim Dorie.  He obviously knew what he was doing as his construction, the materials he used, and the weather treatments he applied, have left us with a deck in remarkably good shape.  You'd never know that it was several decades old.

As I began the preparation process, first doing a mighty sweep, then working with Ben to scrape out the soil that had built up between the boards, it became clear that the wood was solid, nails firmly in place, and that it could easily last another 20 years.

It took a few days, but the membrane base coats and two applications of the gritty top treatment are done.  The face boards have been trimmed out in a brown to match the trim around the yard, and the furniture is ready to put back. 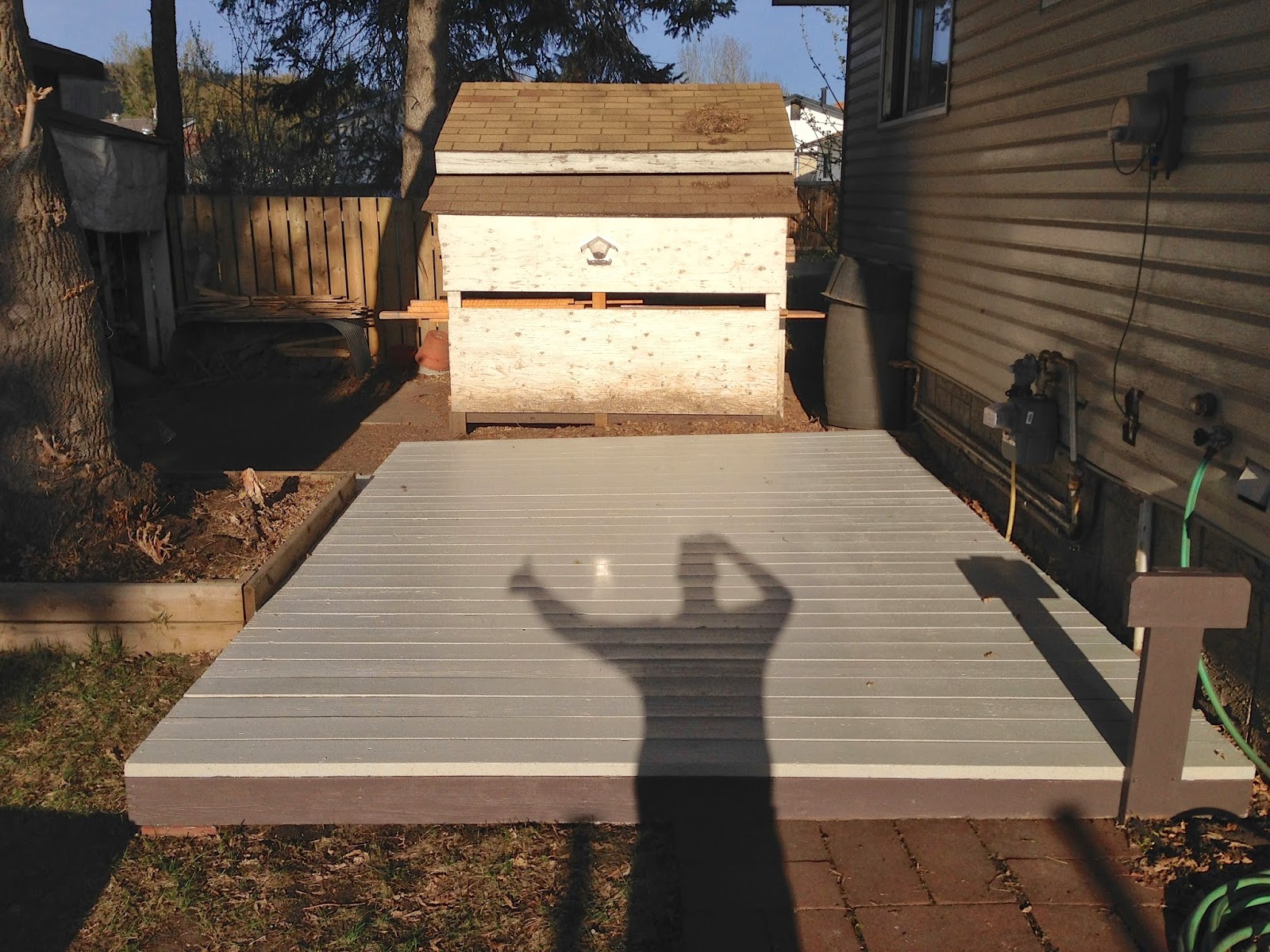 I'm going to do a better job of maintaining this 200 square feet of our piece of paradise.  I'll sweep it off from time to time, give it a good washing on hot summer days, and try to make it as inviting as possible.  I want to see the relationship between well-applied TLC and rate of usage.

Whether it gets used more or not, one thing is for certain:  I will no longer wipe out trying to cross the deck to get to my shop after a heavy rain.  The sand-infused surface paint - similar to what they use on boat docks - should make a world of difference in terms of commuter safety.
Email Post