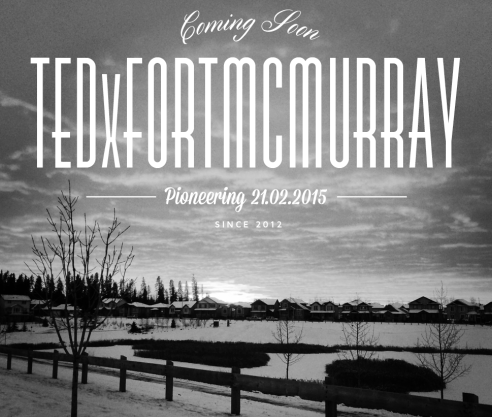 Next Saturday (Feb. 21, 2015) is the third iteration of TEDxFortMcMurray, the locally produced event where a select group of people each give the talk of their life.  I was a part of the first group of presenters in 2012 and loved the experience.  Watching the second group was equally inspiring.  This third collection of speakers, more diverse than the first two - several are from away, promises to deliver a day ideas, stories and thoughts that connect in a multitude of ways to the theme of PIONEERING. 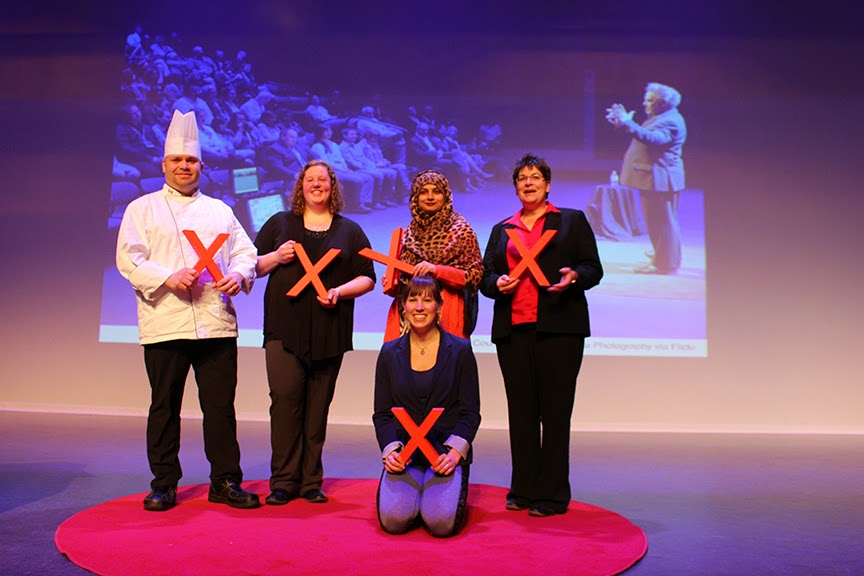 As a coach for one of the presenters, I attended the non-dress rehearsal on Saturday the 14th, a chance for them to get familiar with the space at the Suncor Energy Centre for the Performing Arts, and run through their talk.  Some used power points with images and words, others used alternate means to elevate their stories, all had important things to say, stories to tell and ideas worth sharing.

I won't be more specific than that, as TEDxFortMcMurray works best when anticipation is heightened and the element of surprise is in play.

I will say that the presenters have put in many hours of work to get to this point, evolving and sharpening their talks to the point that they are almost ready.  Some small changes might get made between now and game time, but that's about it.  Each has had counsel and support from a coach; all have been thinking about this day for a long, long time.

Here are a few images I took on Saturday to introduce your host and five of the speakers in a specific moment of their talk that might peak your interest.