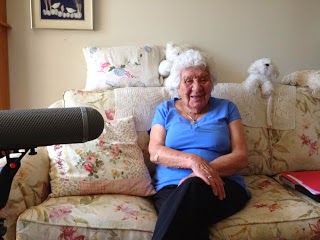 I was excited to wake up this morning and see a post by composer Derek Charke that his composition inspired by a visit to the region in 2013 will be having its world premiere at Carnegie Hall on March 7th.  "Dear Creator, help us return to the centre of our hearts" will be performed by the world famous Kronos Quartet in advance of the release of their new album, Tundra Songs, a trio of other northern inspired works by Derek on March 10th. 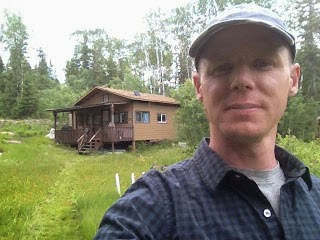 Derek recorded sounds of our region with the intention of using them to compose a song commissioned by the Kronos Quartet. A suggestion made over lunch at The Pantry led to the title of the song and a visit with Metis elder Elsie Yanik.  Rather than regurgitate the whole back story, you can read it by clicking here.

So, on March 7th the sounds of an oil sands processing plant, a hooting owl in the forest, and various other northern sounds will emanate from the stage at the illustrious 124 year old Carnegie Hall.

Sounds of Fort McMurray will reappear on that same stage just a month and a half later.  A group of 27 choral students from the Fort McMurray Catholic School District be performing as part of the Worldstrides Carnegie Hall National Youth Choir Festival with conductor and music director Damien Sneed.

"The students will spend over 5 hours in workshops during our time in New York preparing themselves for Carnegie Hall's premiere performance of Wynton Marsalis's Abyssinian Mass," said music teacher Nancy Lawson.  "Not only that, but the chaperones going are all music directors in the Fort McMurray Catholic School District, and will gain experience and professional development as well during this trip which will greatly affect our teaching of future students in the Wood Buffalo area."

The trip will take place between April 23-27 and will require lots of fundraising.  Students have been been selling chocolates, meat, wrapping paper, and perogies, as well as working canteens, bagging groceries, running coat checks among many other activities to raise funds.

"There are a number of schools every year that audition to be able to participate at this 'elite' festival," said Lawson. "In order to maintain the integrity of this prestigious festival, all groups submit an application and go through a rigorous audition process. Although this is not a competitive festival, students are elevating their performance through the study of challenging literature. I feel that they will come away with a sense of pride and will be encouraged to share their work in the arts with others. I feel that it will strongly encourage the growth of culture in our region."