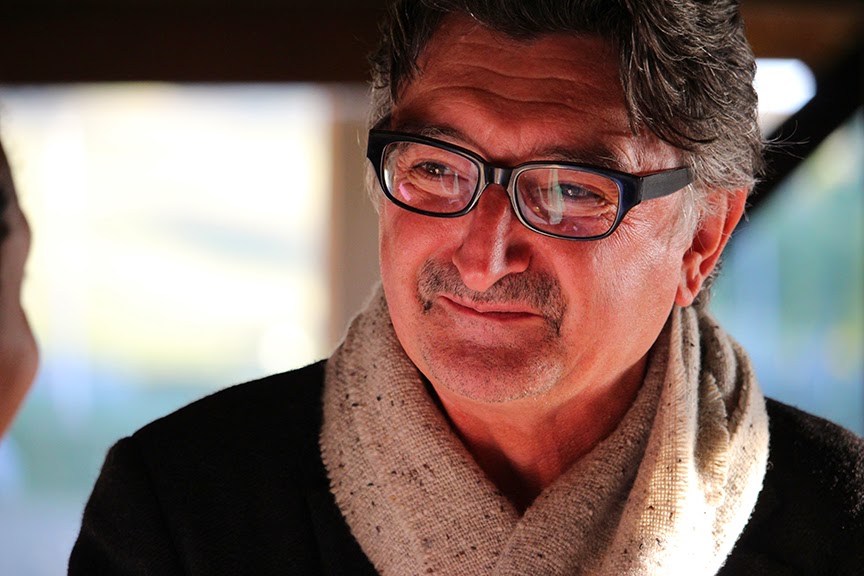 I intended to paint Michael Green the moment that the setting sun  caught his face while we were waiting to begin a banquet dinner at the Panorama Ranch near Calgary last fall.  We were both delegates, along with several hundred others, at The Gathering, a two-day conversation of nonprofit leaders from across Canada put on by the Suncor Energy Foundation.

I took a whole series of photos that evening, but it was the very first one that ended up being ubiquitous with the celebration of his life.  I don't know if it was divine intervention, but it was something - every bone in my body said I needed to take his picture in that moment, in that place, in that exquisite light.

Michael's tragic death on February 10, 2015 - he died along with four others in a car crash north of Regina - pushed up the timeline on the portrait I had intended to paint since snapping that photo in October 2014. I set to work sketching the outline of his face on Sunday, February 15th early in the morning. 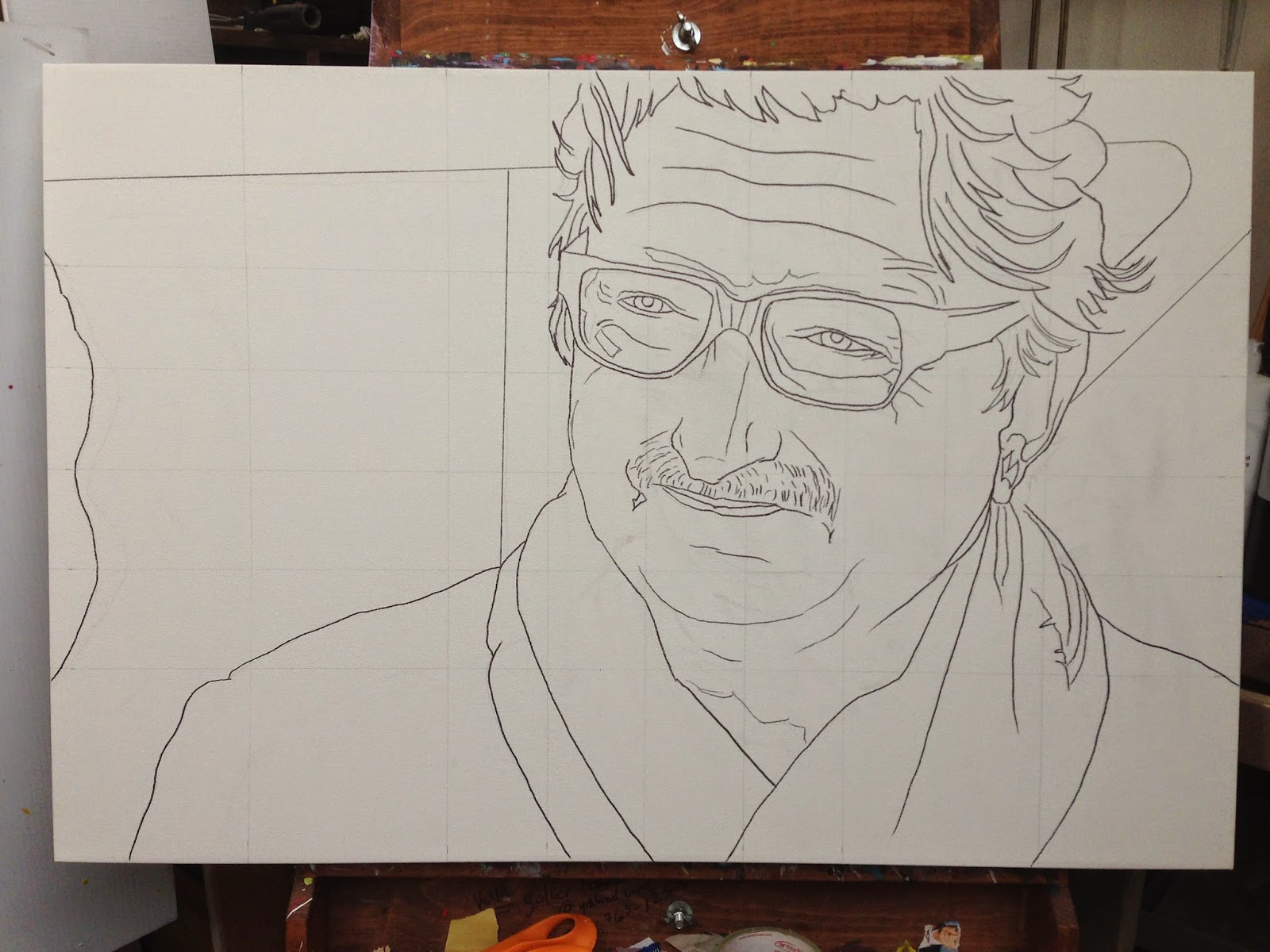 I first transposed the details in pencil using the graphing method, then went over the lines with a black Sharpie. 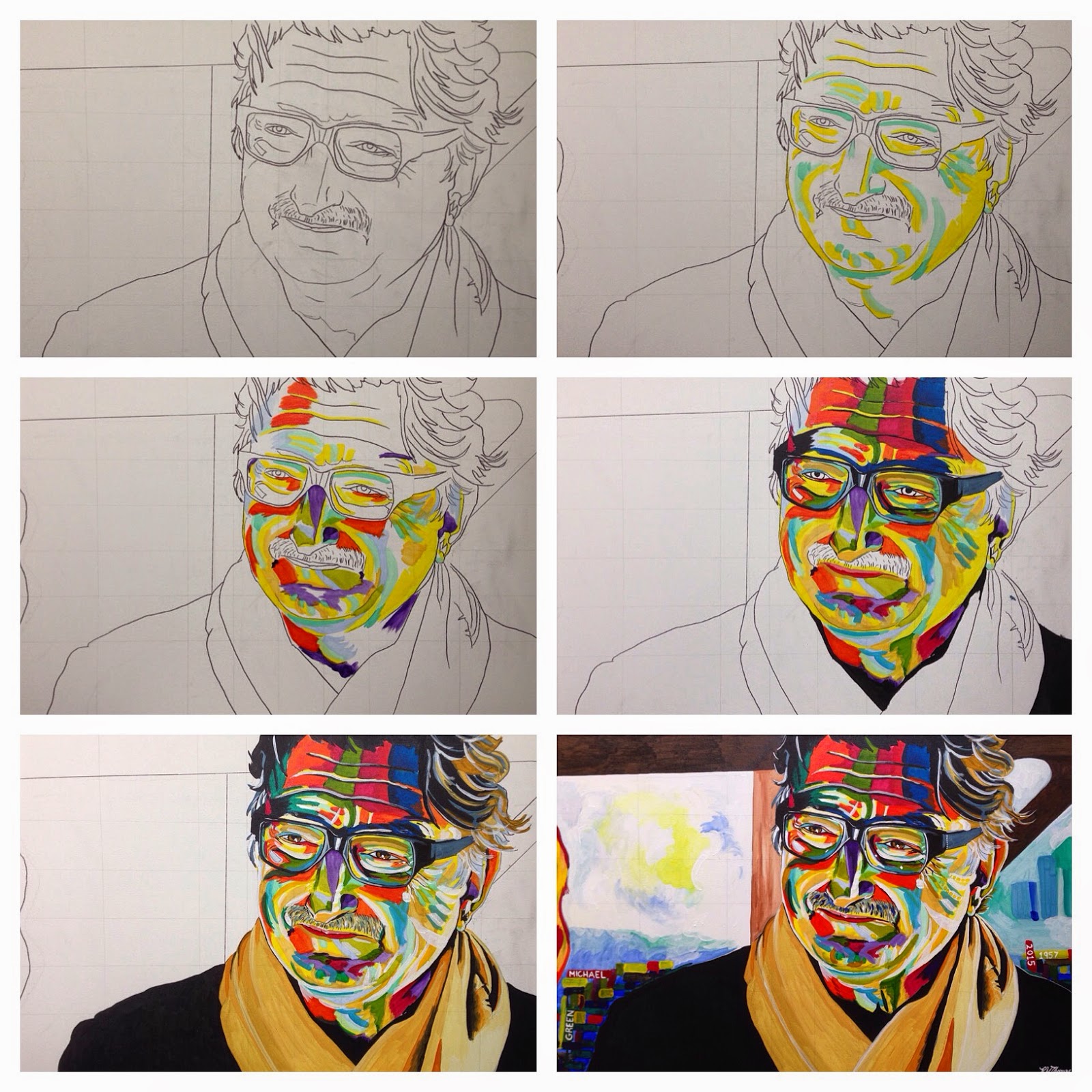 As I applied the acrylic paints - a process that I've been evolving since June 2014 - half my brain was wondering how friends and colleagues of Michael would react to this wild colour approach.  I hoped, and still hope, that they feel it captures his unique spirit, colourful personality, and creative brilliance. 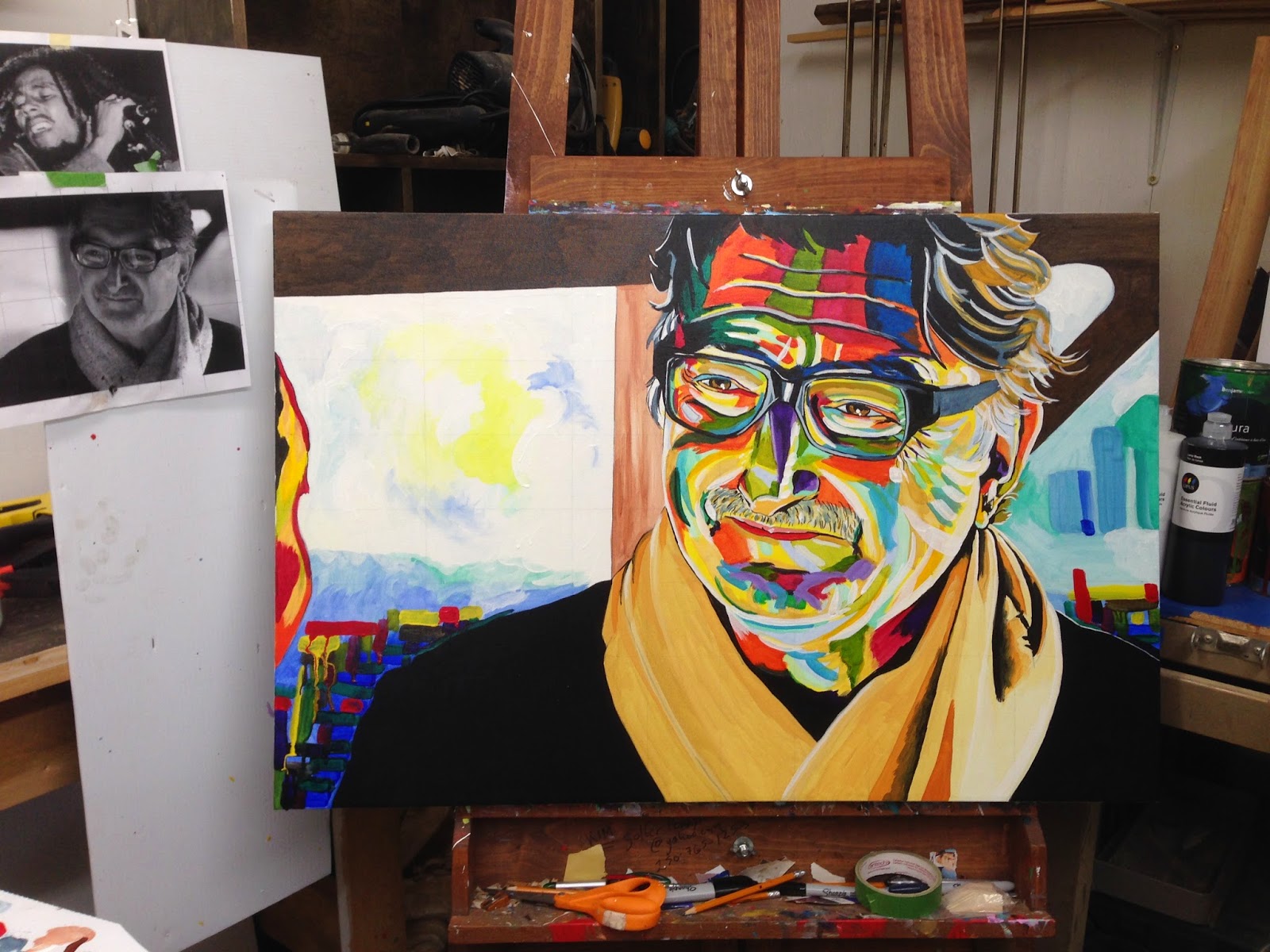 I finished up around 5 pm and brought the 24" x 36" finished portrait in the house to share with my family. 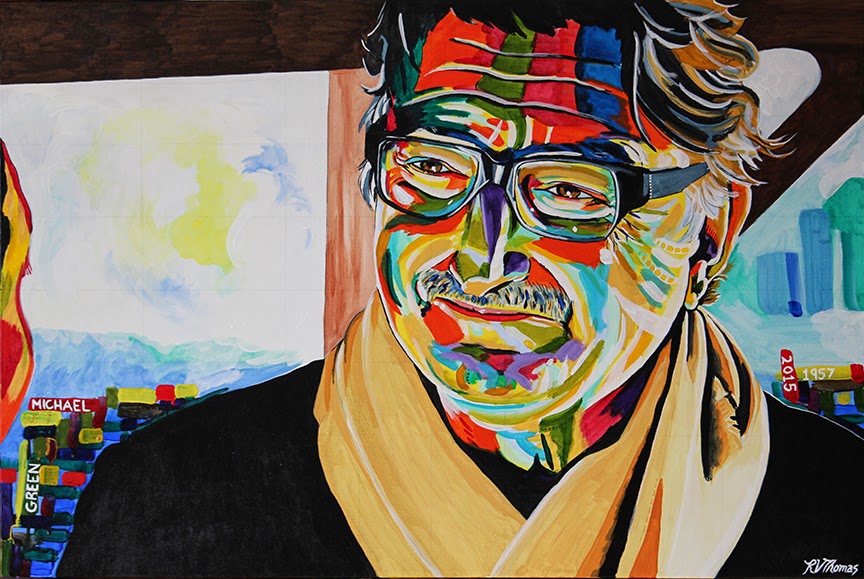 "I can't stop looking at his face," said Heather.

I'm deeply grateful to Chris Davis, a colleague of mine from the Premier's Council on Culture.  He's a lawyer down in Calgary, but deeply connected to the arts community, particularly One Yellow Rabbit Performance Theatre.  He asked me to do the painting, and also was instrumental in making sure the photo of Michael ended up in the right hands.  It somehow captured the essence of the man at a time when hundreds, if not thousands, needed to come to terms with his passing. 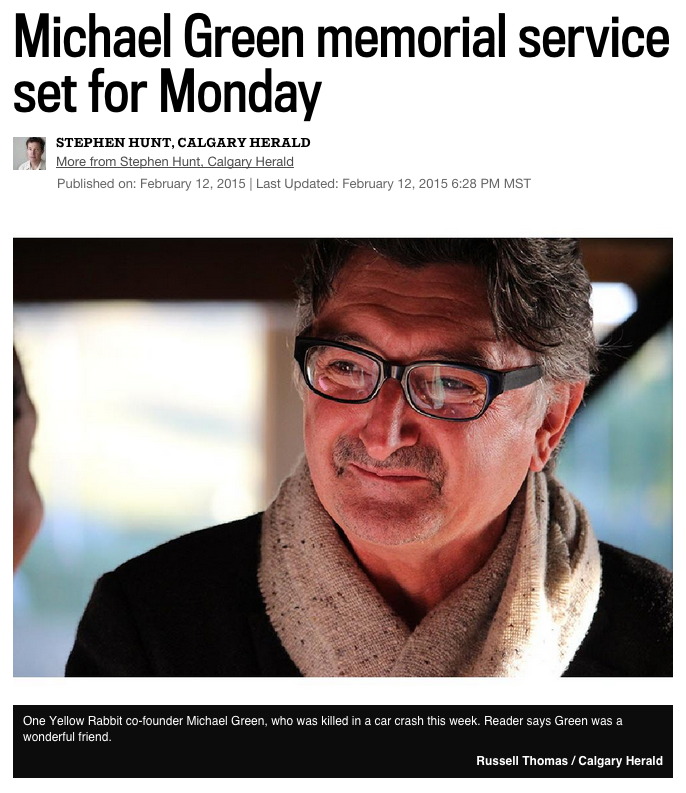 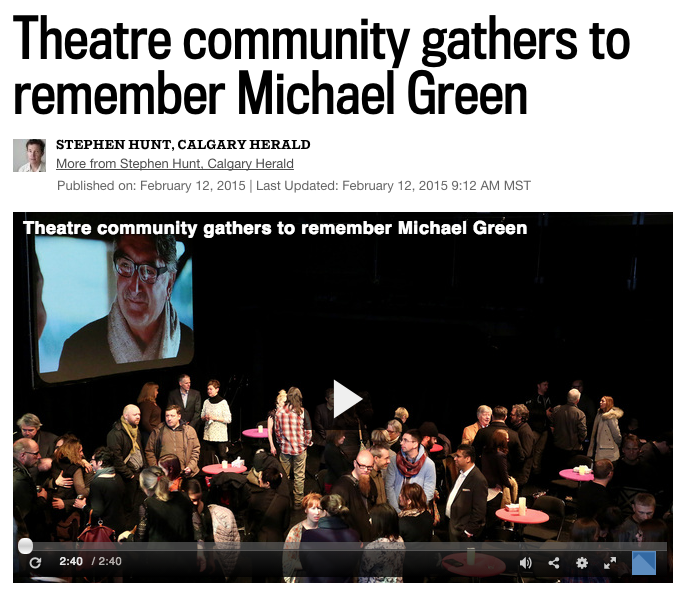 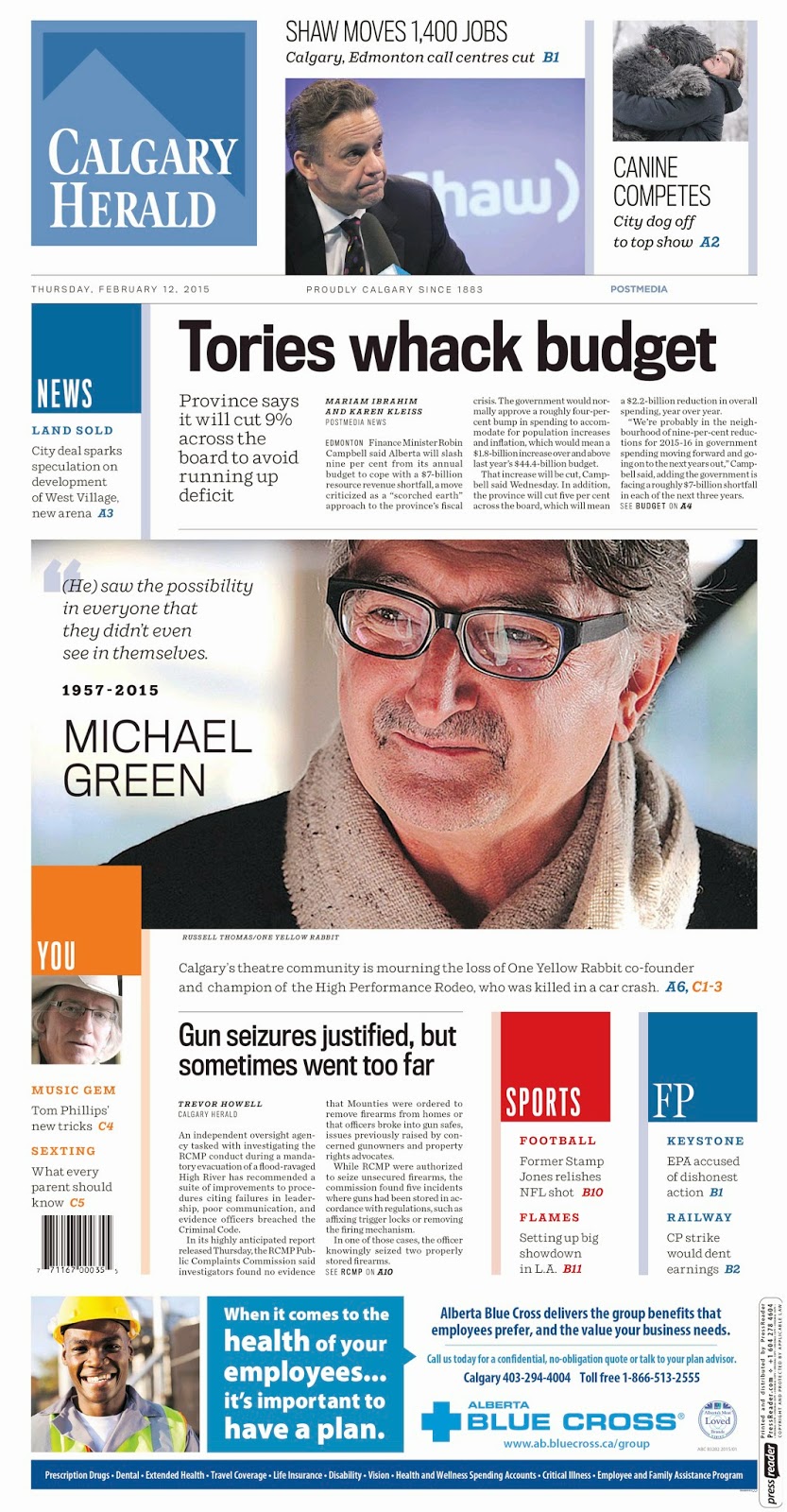