The talk of his life 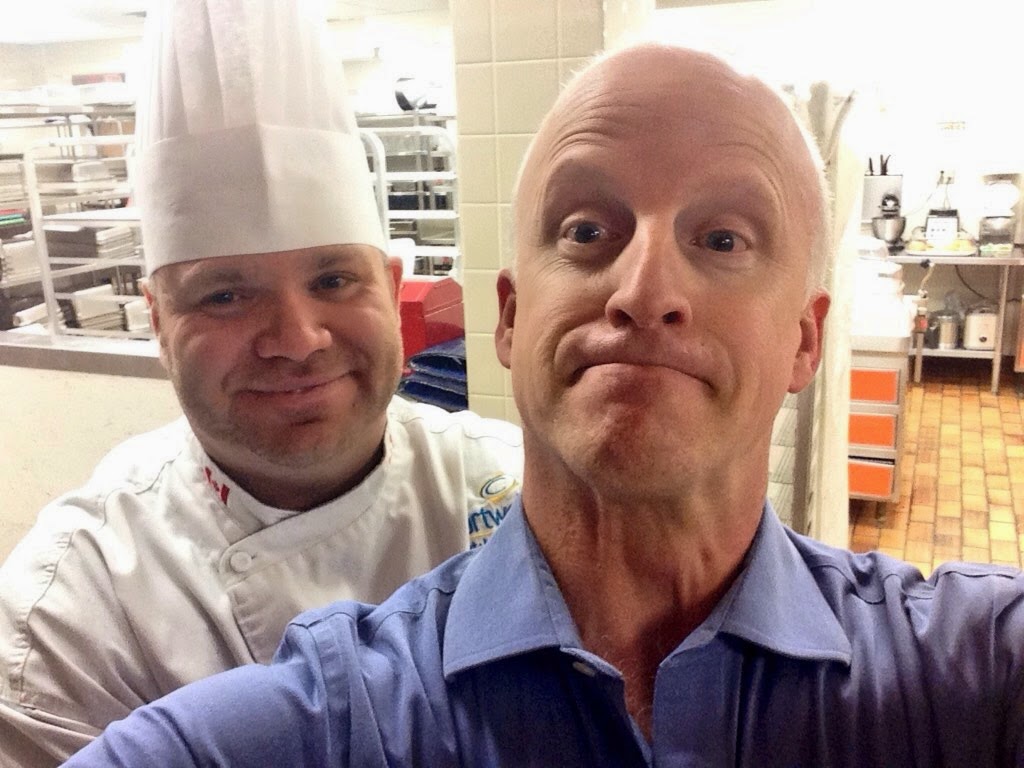 Jay Barnard, aka Chef Recovery, Jay Corey, ex-felon, ex-drug dealer and user, is preparing for the talk of his life, at TEDxFortMcMurray on February 21st.  I'm his coach.  What does that mean?  Simply put, I sit back and listen to him tell the story of how he went from drunk at the age of 12 to being an executive chef in Fort McMurray in 2015.  It's a pretty sweet gig.

"Seven years ago I gave up the two loves of my life:  drugs and alcohol," he says, to start his 18-minute roller coaster ride through a life troubled by addiction, loss, confusion, a few trips to jail and several attempts at suicide.

"Everything revolved around drugs and alcohol," he says, coming to grips with his misspent youth and early adult life.

"It was taking everything away from me, but couldn't see it."

Jay grew up in Ontario, the child of divorced parents and an alcoholic father.  First, he turned to food, ballooning to over 200 pounds at a young age.  Alcohol and drugs followed shortly after, as did drug dealing and incarceration.

The talk, which will be one of 12 presented during TEDxFortMcMurray, will take the audience on a guided tour of a life that was the stuff of nightmares.

"I lived to use, and I used to live," reflects Barnard.

I've listened to his story several times as his coach.  Each time, I become transfixed, in awe of how he has come out the other end of addiction in a way that is nothing short of inspiring.  I've known several close friends who did not.

"I'm living the dream and never giving up," he says.

His story is going to be all too familiar to many, of struggling for identity, battling demons, and being swept away in the vortex of addiction.  Happily, Jay's talk has a happy ending, though his story has many chapters yet to be written.  Like all recovering addicts, he has to take things one day at a time.  His talk at TEDxFortMcMurray, is another step forward, a giant leap that will move your heart and inspire your soul.