I was at TEDxFortMcMurray when I got a call from Robbie saying that he wanted me to paint Henry Ford for Marty and Dennine Giles.

A little later, I took a moment to do a Google search for Mr. Ford to see what would pop up. 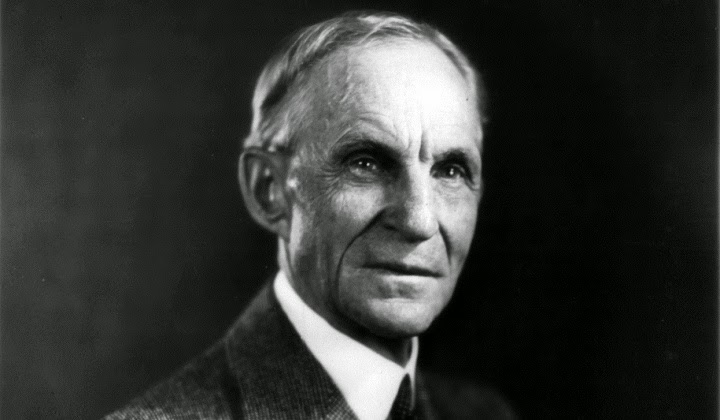 I began working on it early the next morning. 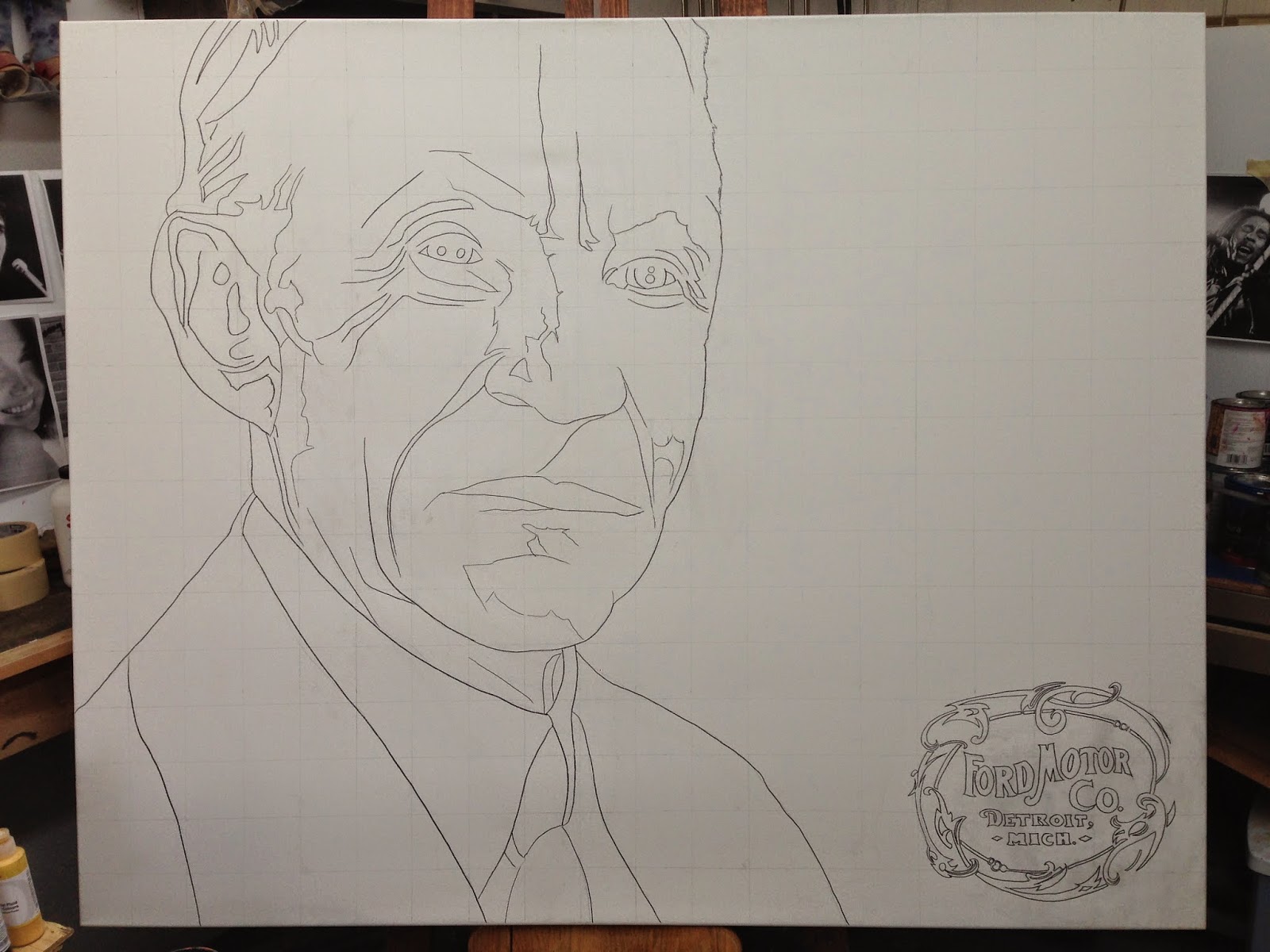 I don't find a large canvas any more daunting than a smaller one.  If anything, the larger playing field gives me more opportunity for accuracy and nuance.  The difference is that a large canvas is like an ocean, with every bold paint stroke causing a wave. 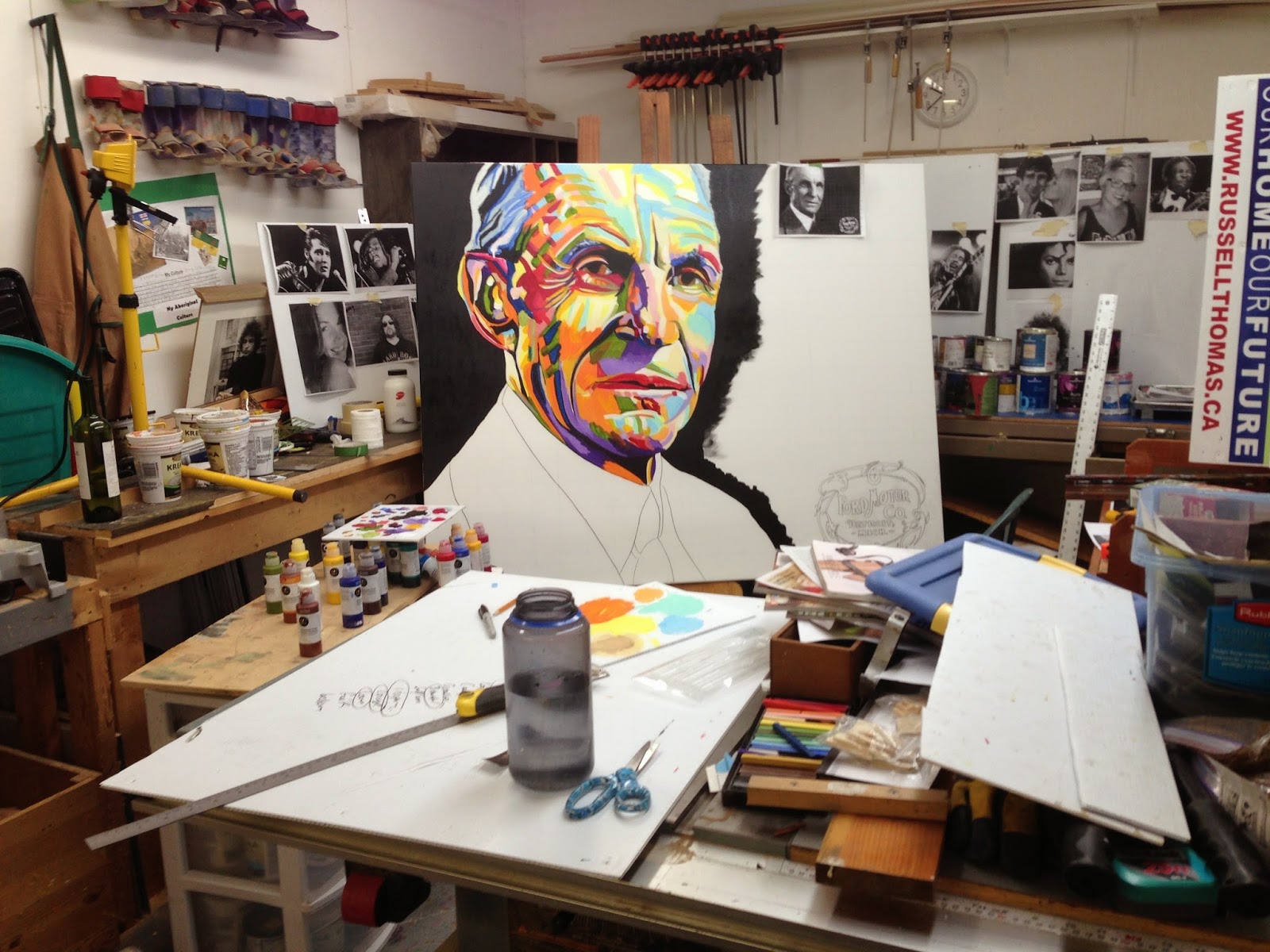 I worked on the painting pretty much the whole day, as Heather, Dylan and Ben were out of town and I was home alone.  I stopped to grab a bite to eat, but that was about it.  The face, logo and background were done by the time I had dinner.  Then I took my first run at the suit and tie.  By 8 pm I was spent and felt like I needed to call it a day, even though I wasn't entirely happy yet. 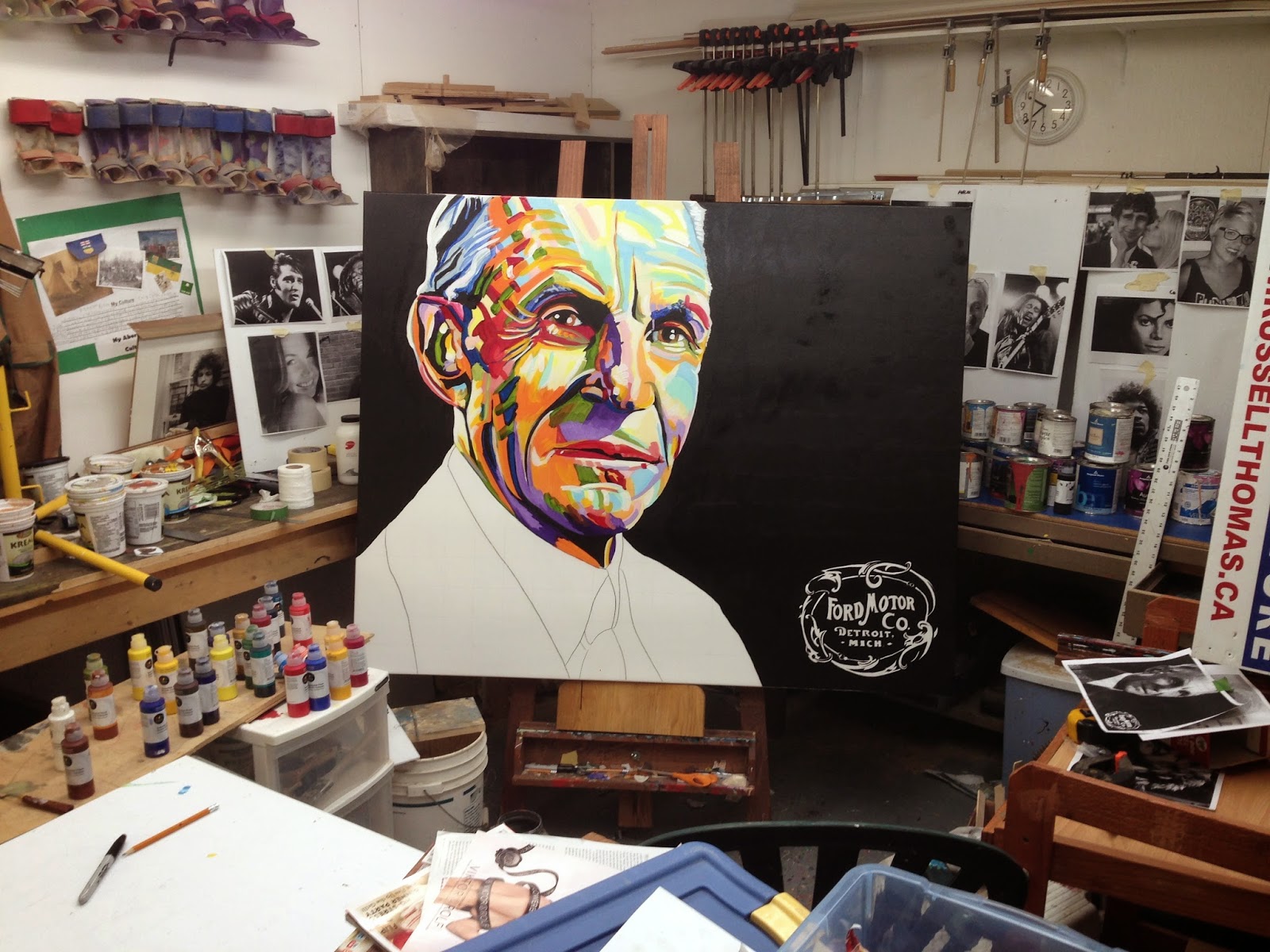 I had a bath, got into my pyjamas, had my evening snack and began watching TV.  However, half my brain was still on the painting, and the fact I had left it undone.

What the hell, I thought to myself, let's finish it.

I put on my paint splattered jeans and my "A-Team" hoodie and went back out to the studio and spent two additional hours to get it done.  And much to the delight of Robbie, and ultimately Marty and Dennine, the quote went on the next day. 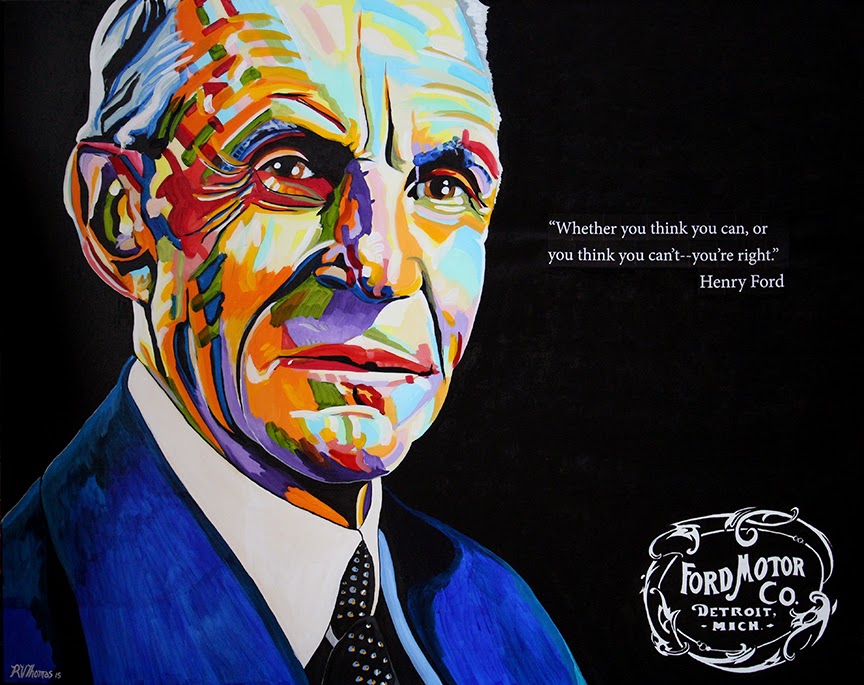 Most paintings I do I become comfortable with, a good many I really like, a rare few I love.  This Henry Ford portrait really resonates with me.  It's also the largest canvas painting I have done, almost double the surface area of my next largest piece. 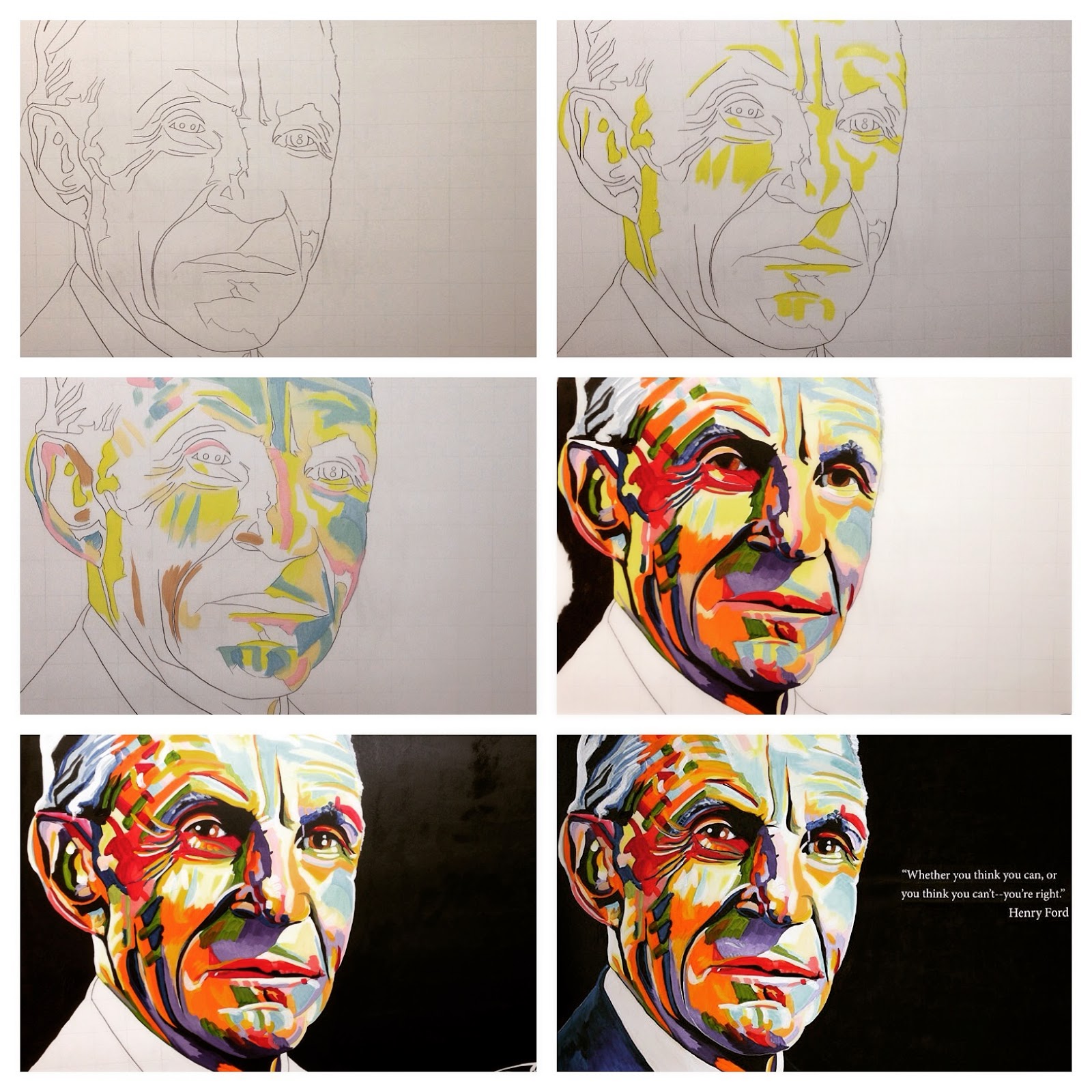 I'm grateful to Robbie for asking and delighted that this portrait will have a home in the new Northstar Ford Lincoln location.