If you would have ever told me that I'd be ordering a book of portraits by George W. Bush, I would have said that you were insane.  Laura Bush, the former President's wife, would have said pretty much the same.  Painting came out of nowhere for W. after reading a book about Winston Churchill's painting adventures. His post-presidential life was becoming stayed, and he needed something to fill his time and provide a challenge.  The former British Prime Minister of England provided a great option.

"Up to that point I was agnostic about art," he said recently on the Ellen Degeneres show. 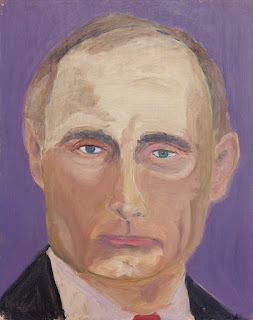 He hired himself an art teacher, then another and another.  He moved from still life and landscapes to portraits, eventually capturing a few of his contemporaries including our Prime Minister of his time, Stephen Harper. 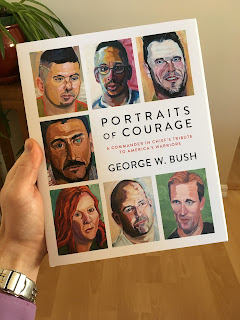 Portraits of Courage is something a little different.  He has painted over 90 portraits of veterans he has met and come to know over the years.  Bush has a deep affinity and respect for the men and women he sent into battle and who served their country.  Beside each portrait is a short story that introduces the human being in the painting, along with the circumstances of their lives, service, and, in many cases, the injuries and emotional battle wounds that they live with every day. 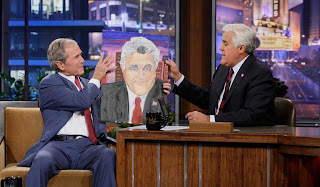 As I read George's opening words about his journey, I was struck by several things.  First, he has established a discipline that is all about improvement.  At 70, he is determined to keep painting and learning until he is physically unable to do so.  Also, he is very purposeful and paints every single day.  Behind each painting is a story and a sense of human connection that surprises me for some reason, in the best possible way. 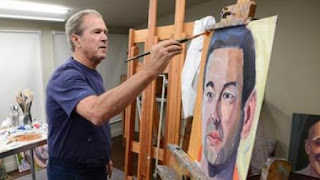 I didn't have a lot of time to paint last night, so I took Dylan's suggestion and started on what I would call a loose exploration of George W. Bush.  I did a quick sketch - probably twice as fast as I normally do - and began adding colours.  When I closed up the shop about an hour later the painting was a literal mess.  However, I wasn't disheartened.  Rather, I was intrigued about the journey and where it might take me in the days ahead.  Mr. Bush has something to teach me and I'm eager to learn.
Email Post