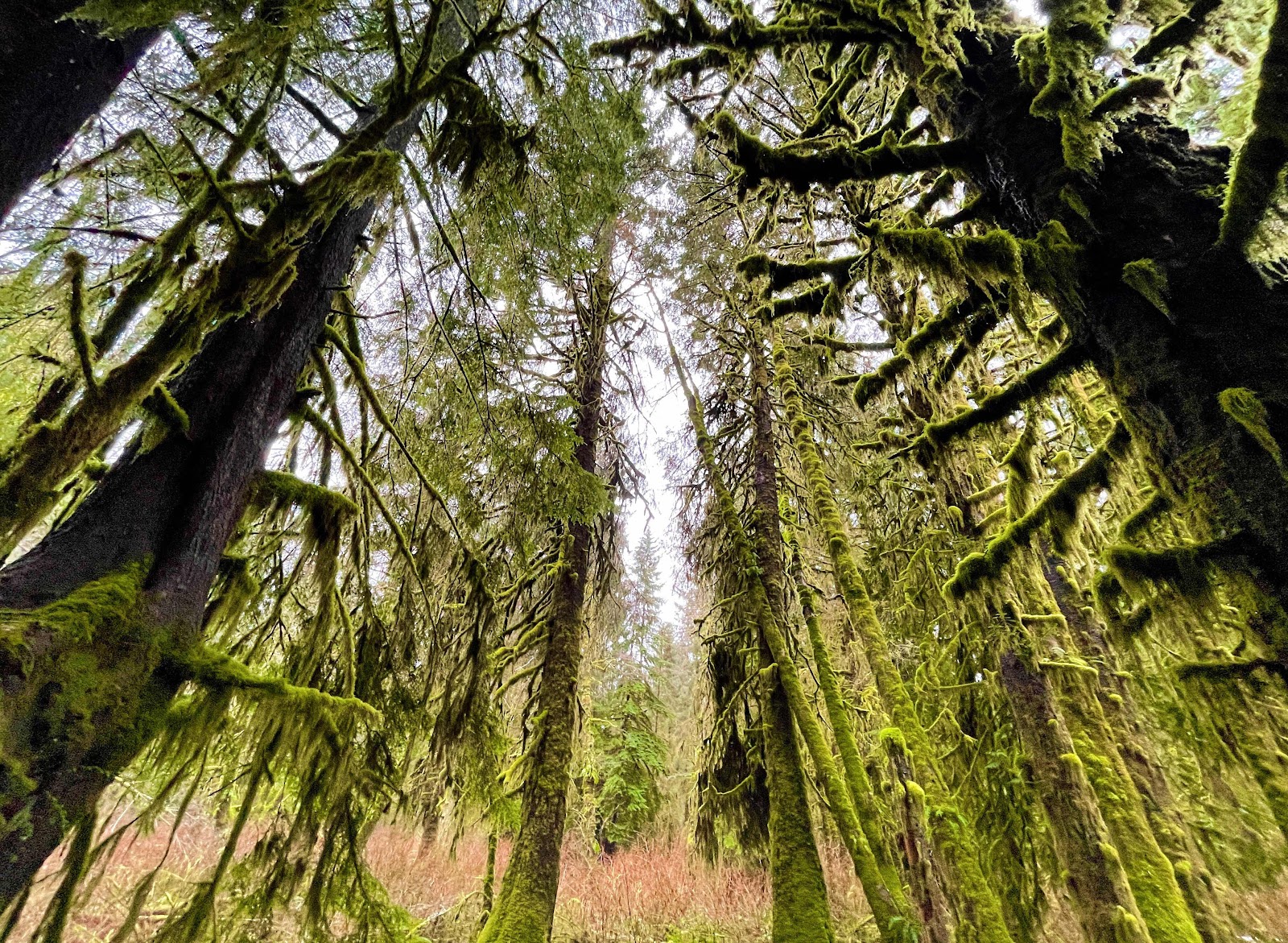 I got it in my head that yesterday was to be the day we visited the Avatar Grove, a cluster of some of the tallest trees in Canada.  Heather’s thought was to try to hit it on our way out of town the next day. I thought me might take advantage of some better weather and get a jump on it right away. As we started to drive up the road there was more snow and fallen trees that we anticipated. 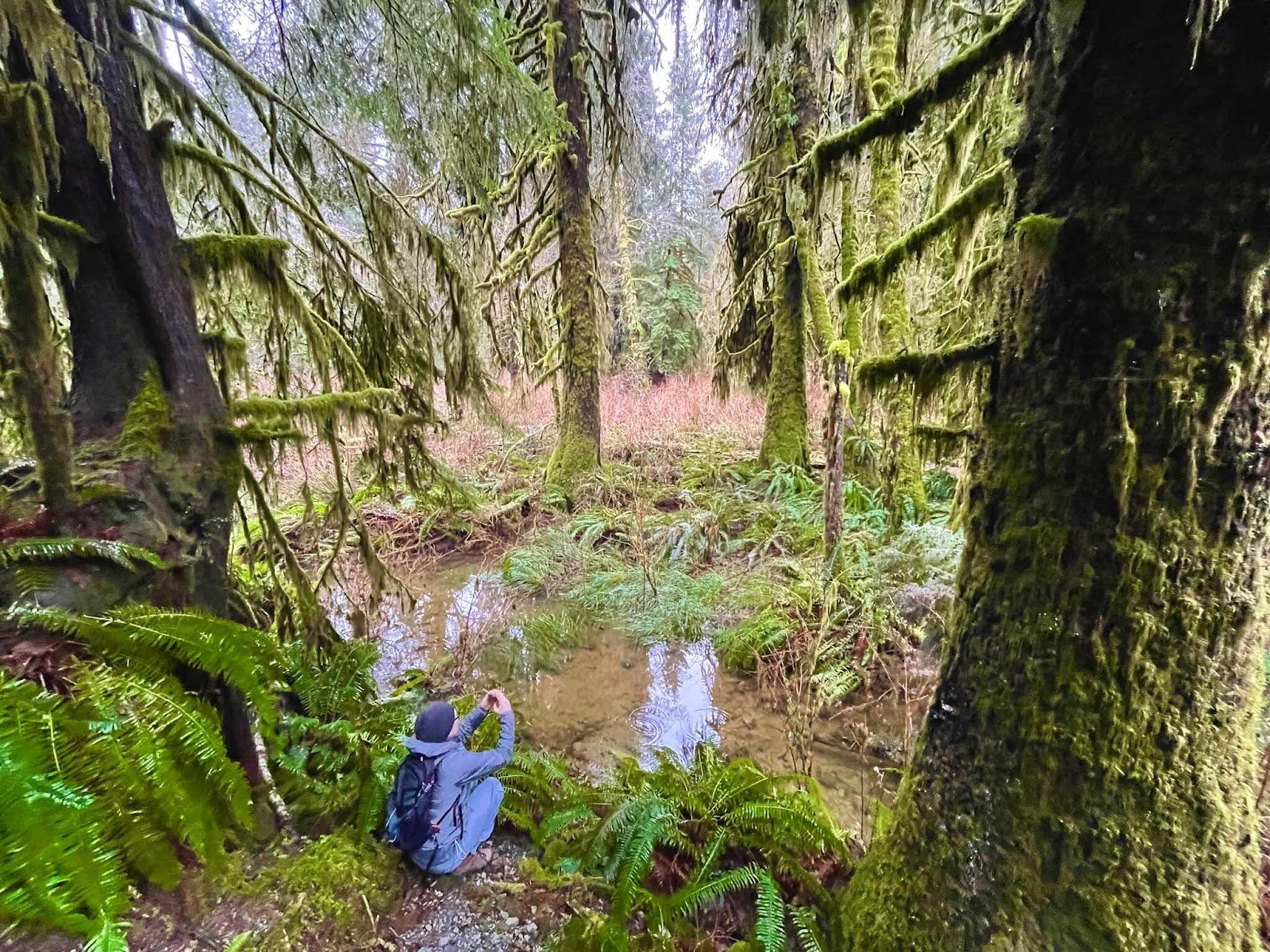 “This is a lot more rugged than I imagined,” shared Heather. “I think we need to turn around.”
We stopped at a spot where a small tree had fallen across the road, likely brought down by the massive snow dump the week before. Driving a low lying rental car, it didn’t make sense to try and traverse a road with lots of snow and debris.  We parked it and went for a walk up the road to get a feel for what we might have seen 7 kilometres ahead. 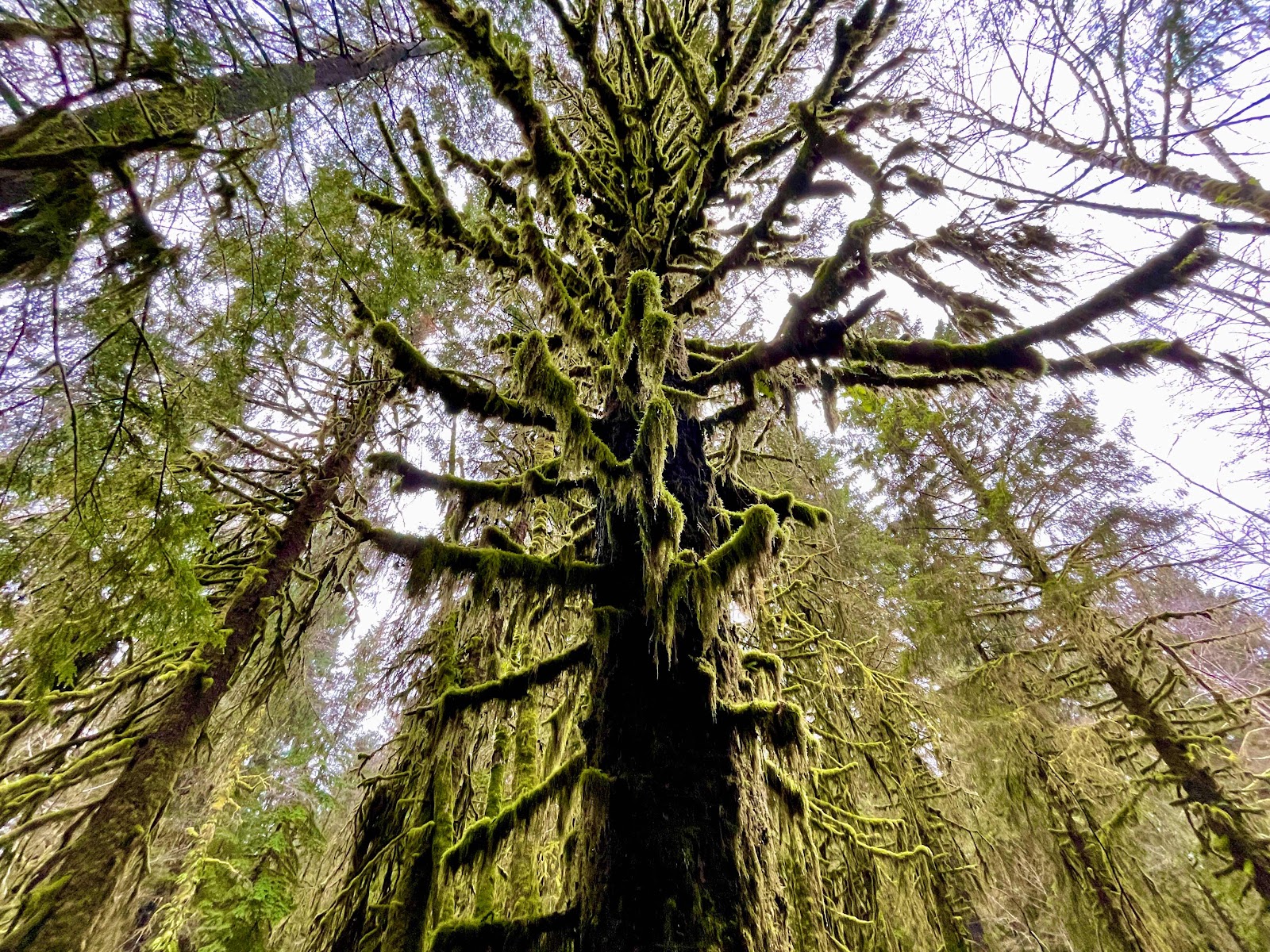 The trees were impossibly moss covered and had an other worldly feel. It was nice to visit with them, even if they were only a preview of what we would have seen if the road was clear. Two different drivers - one a local in a pick up truck and the other a visitor from Ontario in a car. = reported going further up the road but being forced to turn around because of the snow pack. 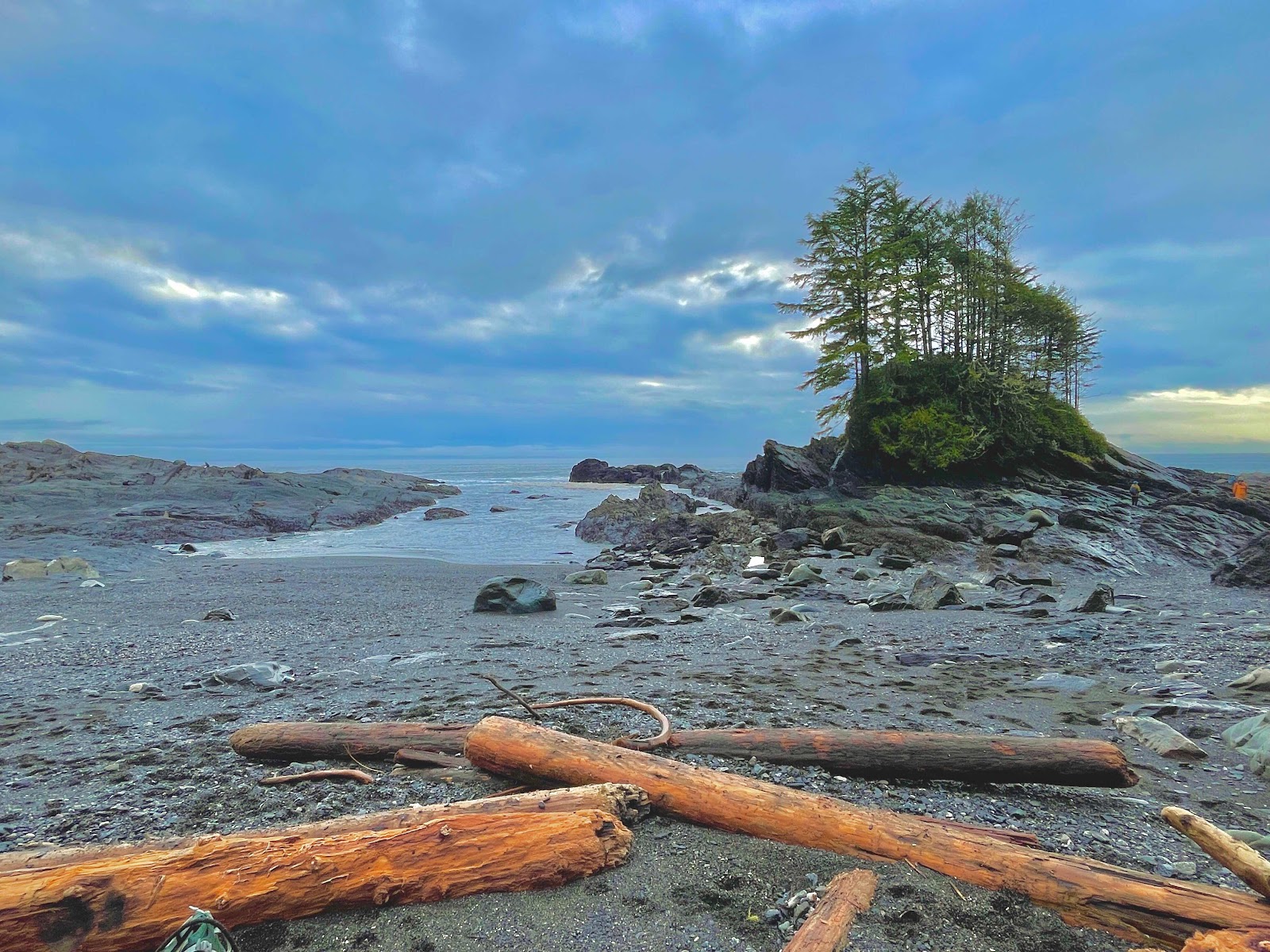 Our other place to explore required a low tide, so we watch a rare early afternoon movie before driving up the road to Botanical Bay. It provided several of the things we were both longing for: big trees, abundant foliage, and tide pools abundant with life. 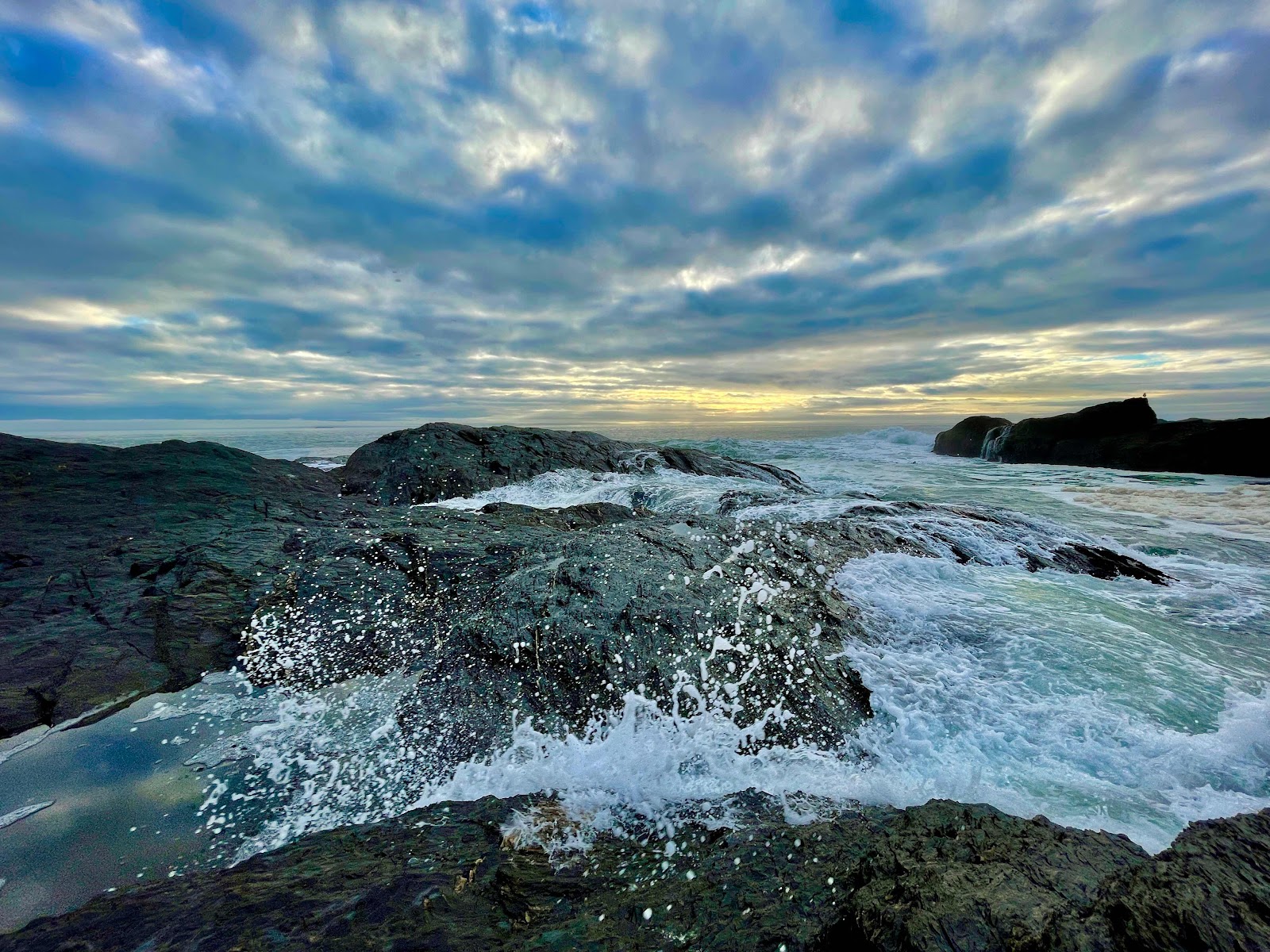 We carefully climbed the sharp rocks getting as close to the receding water line as possible, stopping at each little pool of sea water to see what treasure we might find. Rogue waves did their best to get us wet when we got too close to the water. It was wonderful. 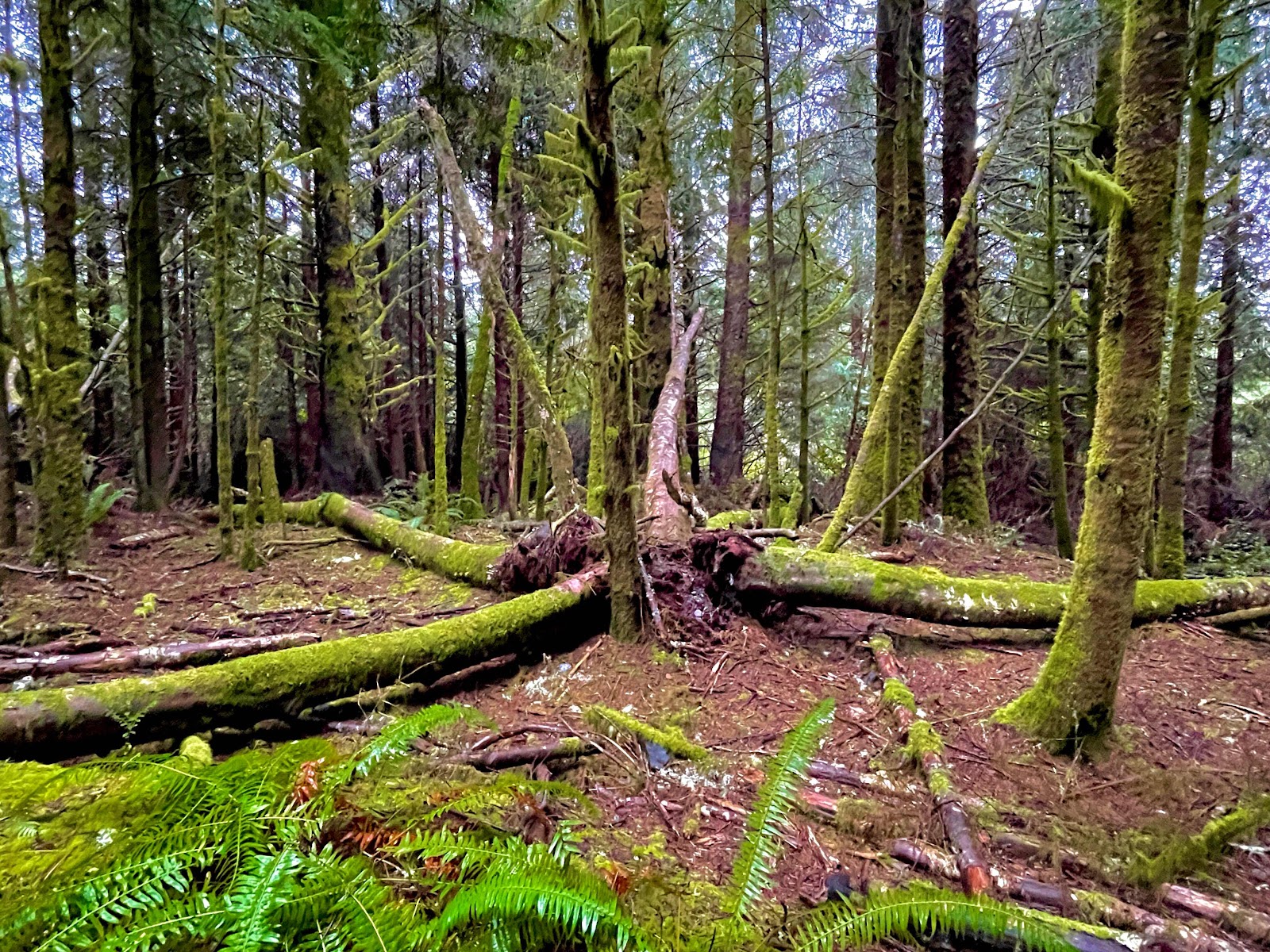 After an hour of meandering over the rocks, we returned to the forest path to make our way to a different section of beach. While there, we saw a mating pair of bald eagles watching us from the tops of two spruce trees. 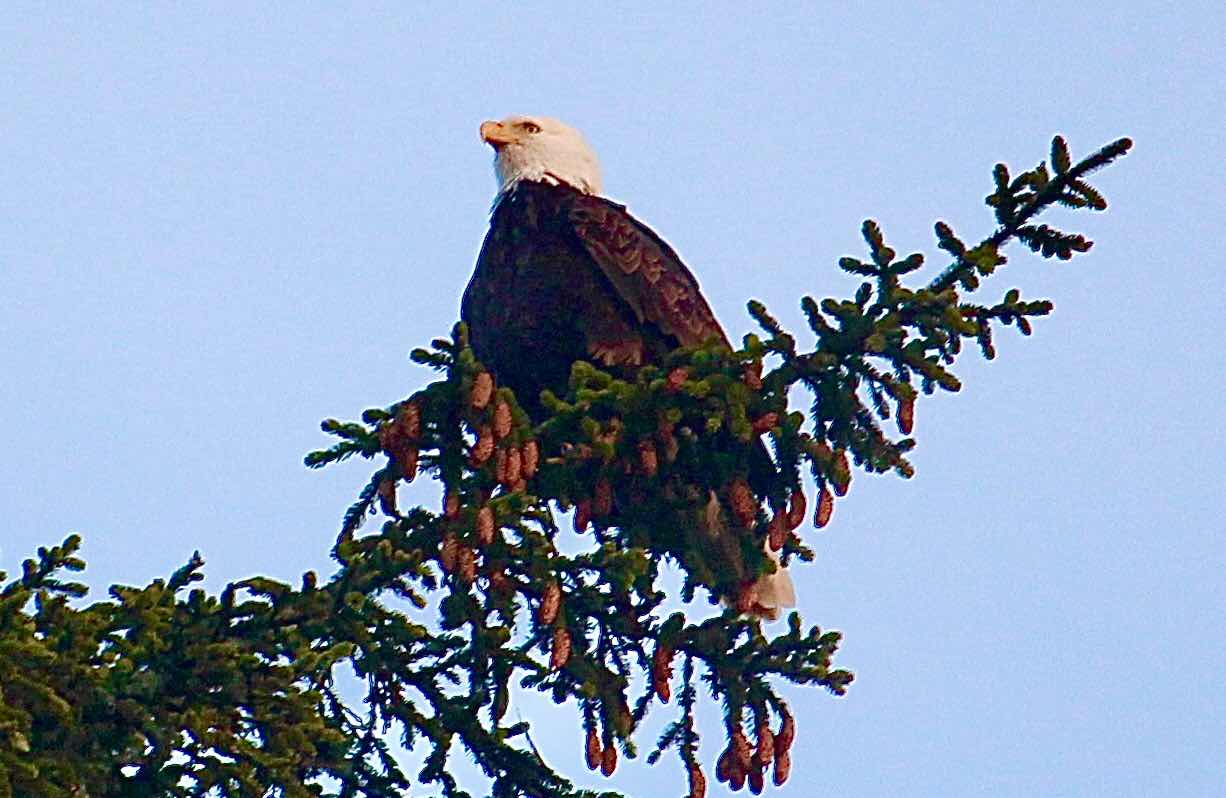 They were magnificent, as was the sun which had finally broken through the clouds and was making a beeline for the horizon.  Time had flown by and darkness was closing in on us. 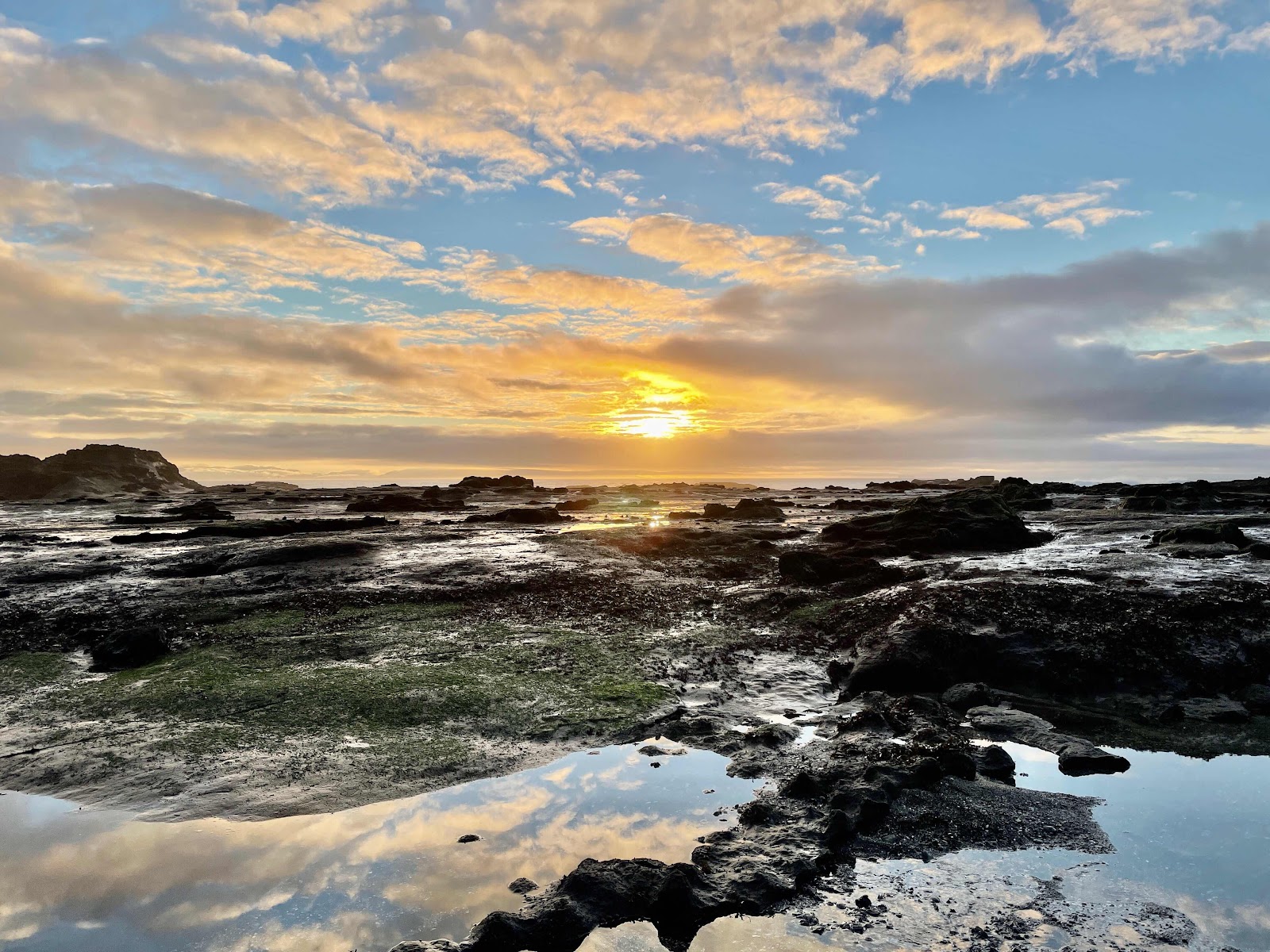 We got back on the trail and started back, realizing very quickly that the already darkened forest trail would be getting darker by the minute. It was a good hike out of there and back to the car, but we made it.
“That was the best day of the trip so far,” declared Heather. I think she was right.
Email Post