I had been to Victoria only a couple of times in my life, once during the early years of my radio career, and more recently for a conference when I was working with Keyano College. That was about 10 years ago. Neither of those trips gave me a sense of the place. I have vague memories of eating oysters and watching George Jones at the old Memorial Arena.
We began our exploring with a long, slow and meandering walk in the neighbourhood, through the Government House property, and eventually through downtown. The houses here are so distinct, bubbling over with history and remnants of the Victorian era of over a hundred years ago. 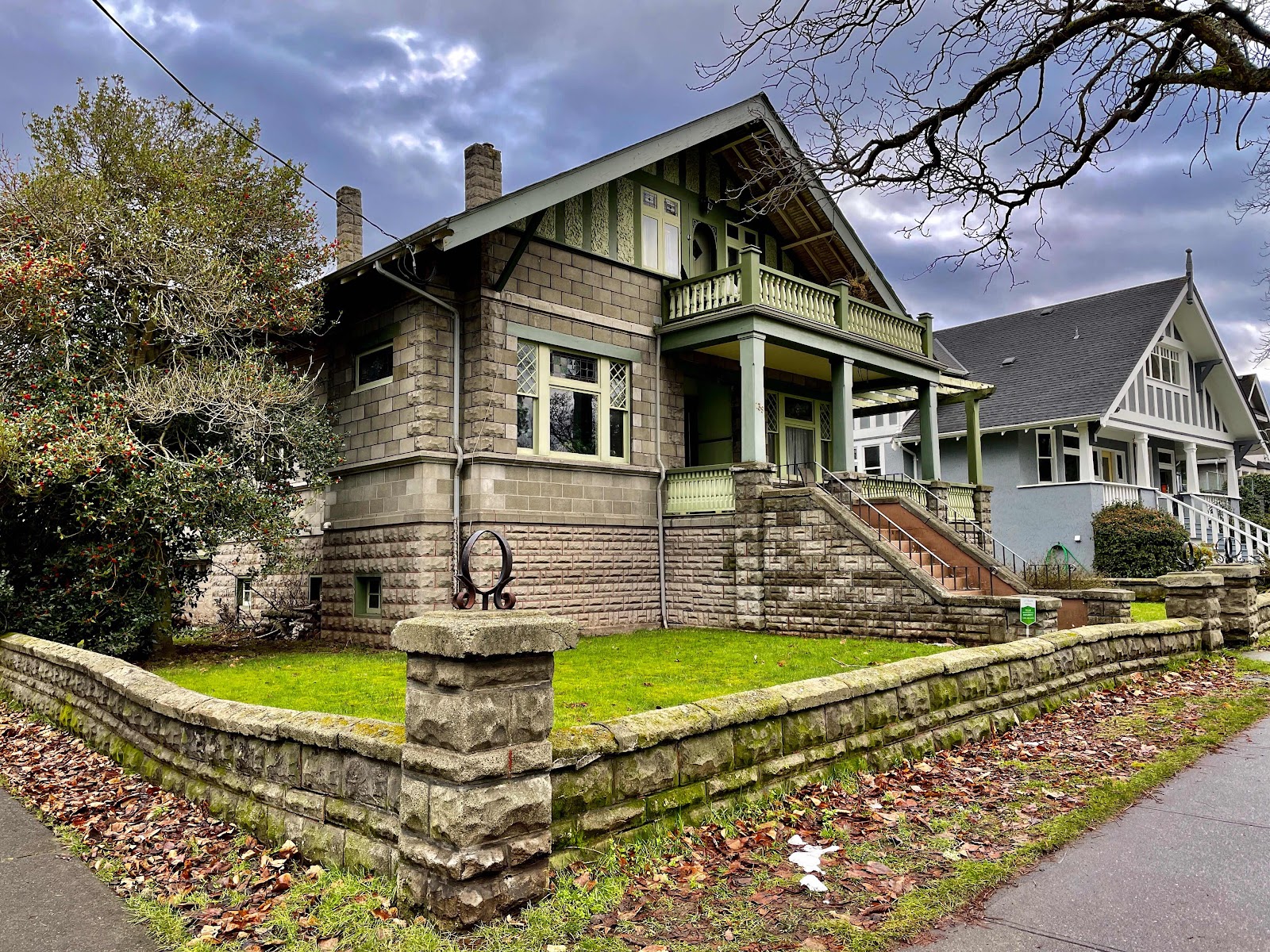 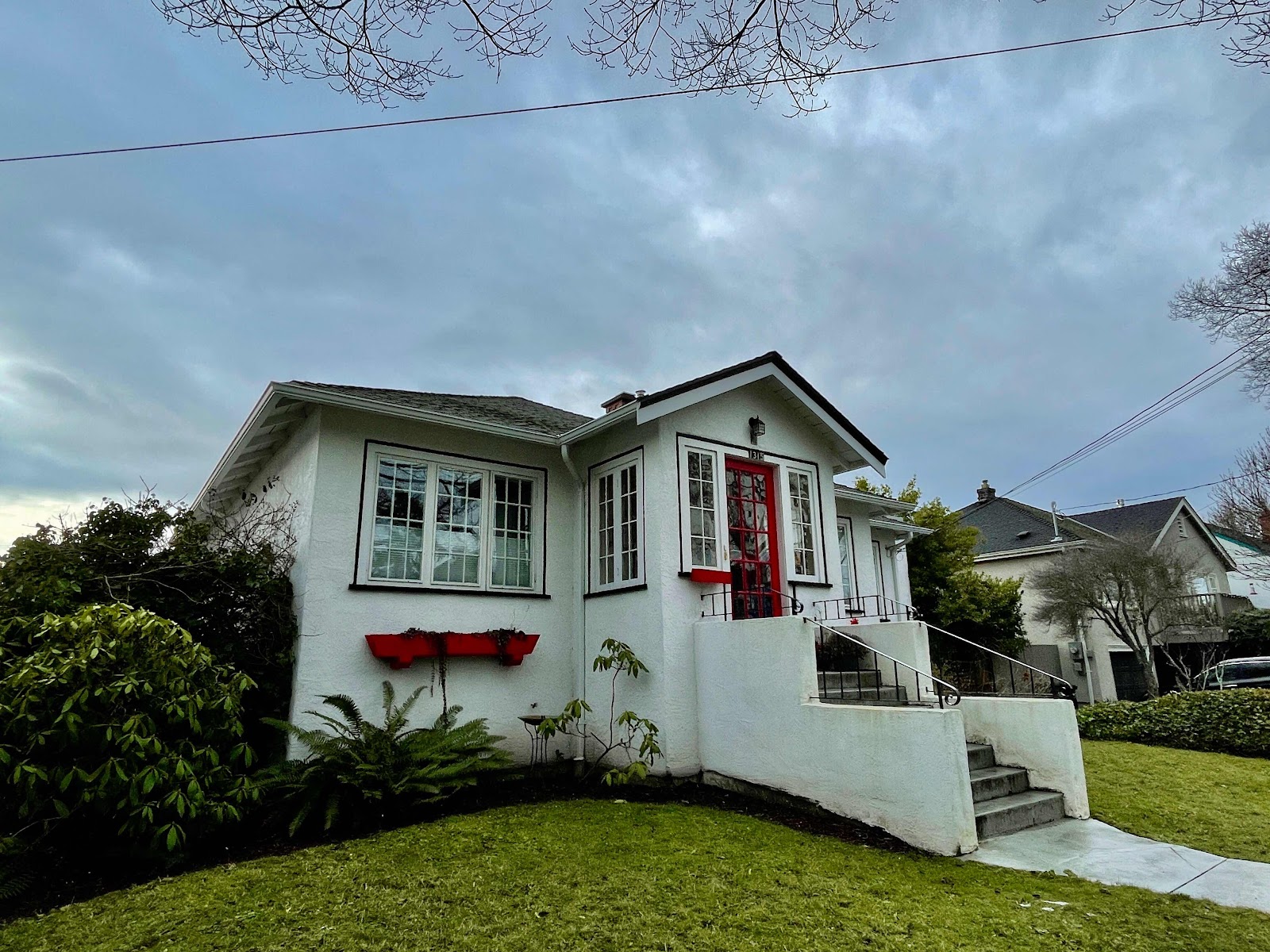 We are also drawn to the moss growing on the fences, interesting modern infills and big trees. 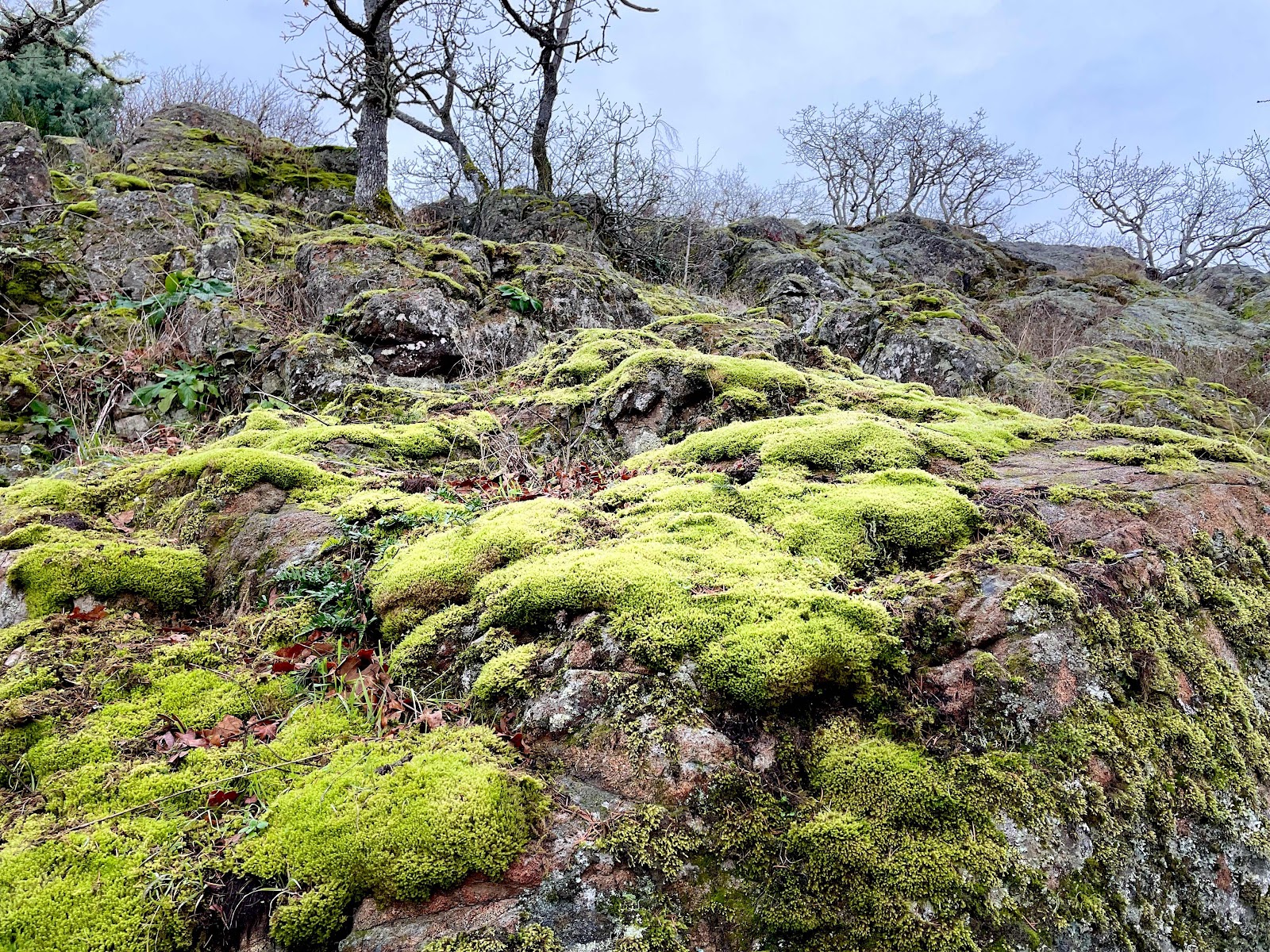 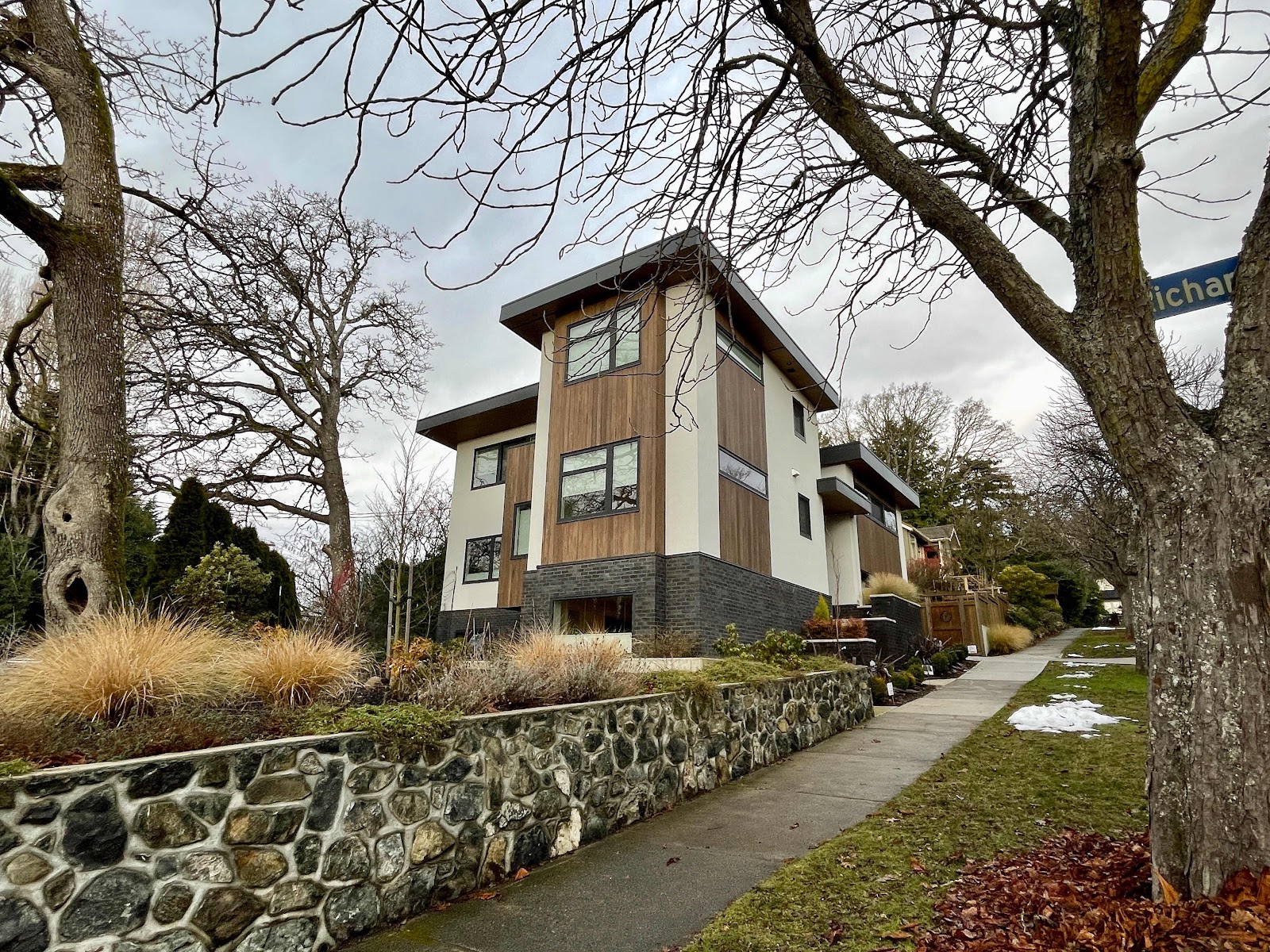 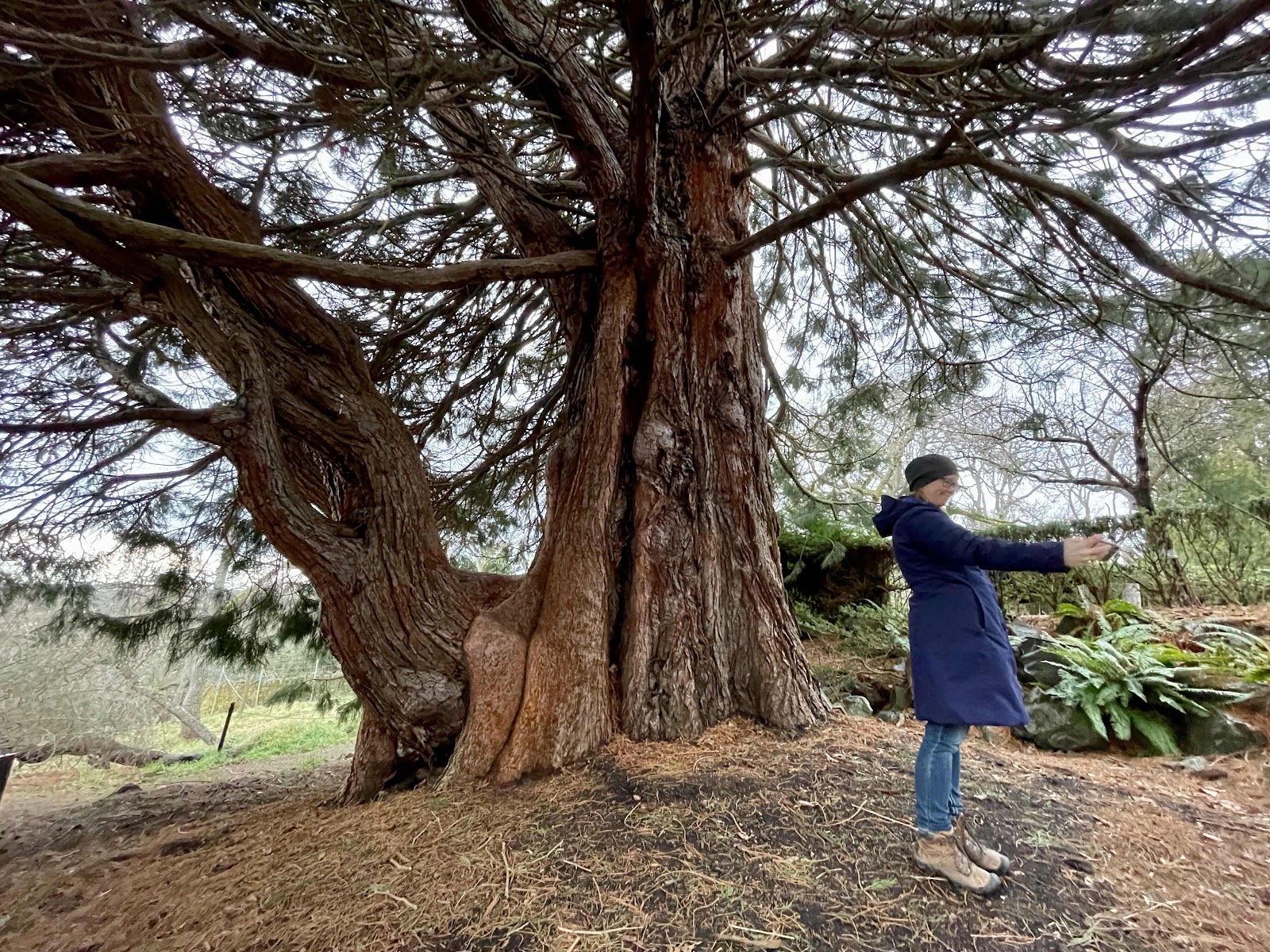 Walking on mostly concrete sidewalks has its downside. My lower back demanded I find a place to sit a number of times. After a few minutes of respite, I was ready to go again. We walked and walked all the way to the water and a view over the Salish Sea toward Washington state. 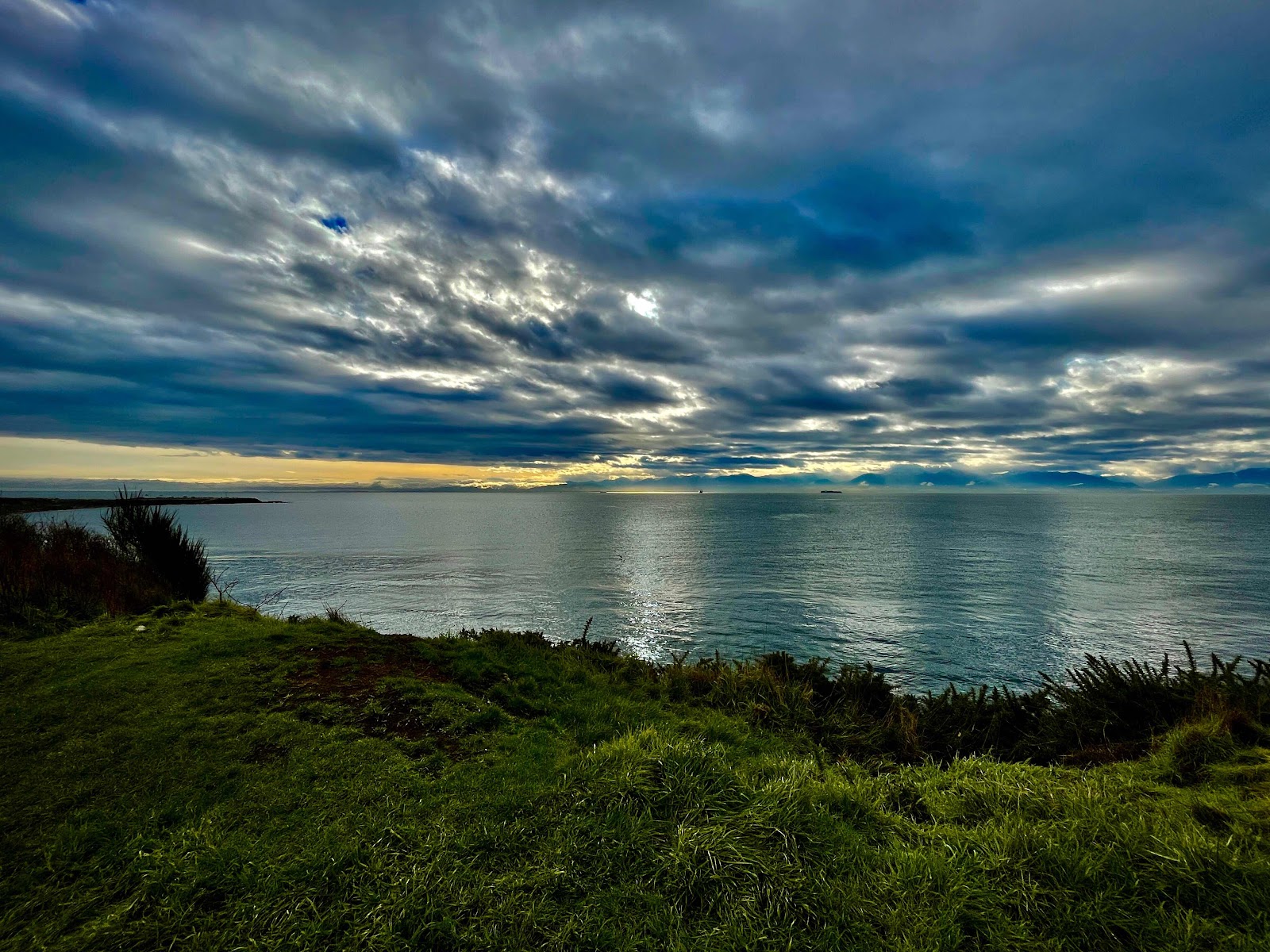 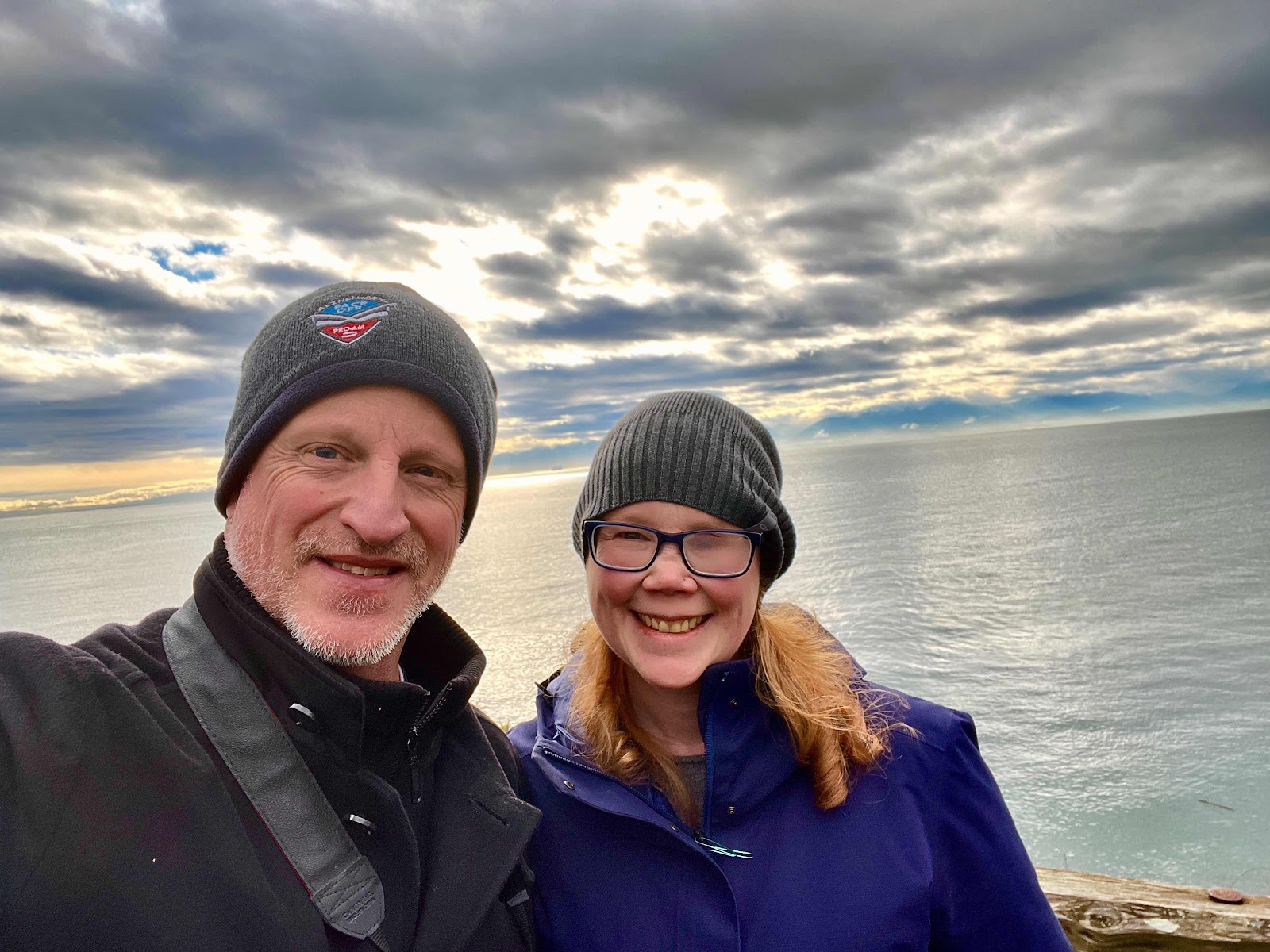 As the rain started to fall we made our way through Beacon Hill Park to the heart of downtown in hopes of finding a place that might serve clam chowder. We found one: a small sandwich and soup shop near the water. It was excellent, exactly what we were both craving.
The walk home took us up Fort Street and the transition from downtown buildings to a mixed neighbourhood of homes and houses that had been transformed into law practices, dental offices and architectural firms. Next thing you know we were back at Craigdarroch Road and our little slice of home in The Craigmyle. A nap was beaconing after many thousands of steps.
The nicest thing about vacations is that we don’t have many obligations. We were both happy to linger in the room and quietly read for a few hours. I finished up August Into Winter and started in on a James Patterson novel. While we sometimes share the same reading material, Heather and I have very different tastes. I can’t tell you what she was reading.
We headed out again shortly after 4 pm, the sun already starting to give way to the evening. The intensity of the light had disappeared and everything seemed rather muted. Craigdarroch Castle seemed particularly striking in this light. 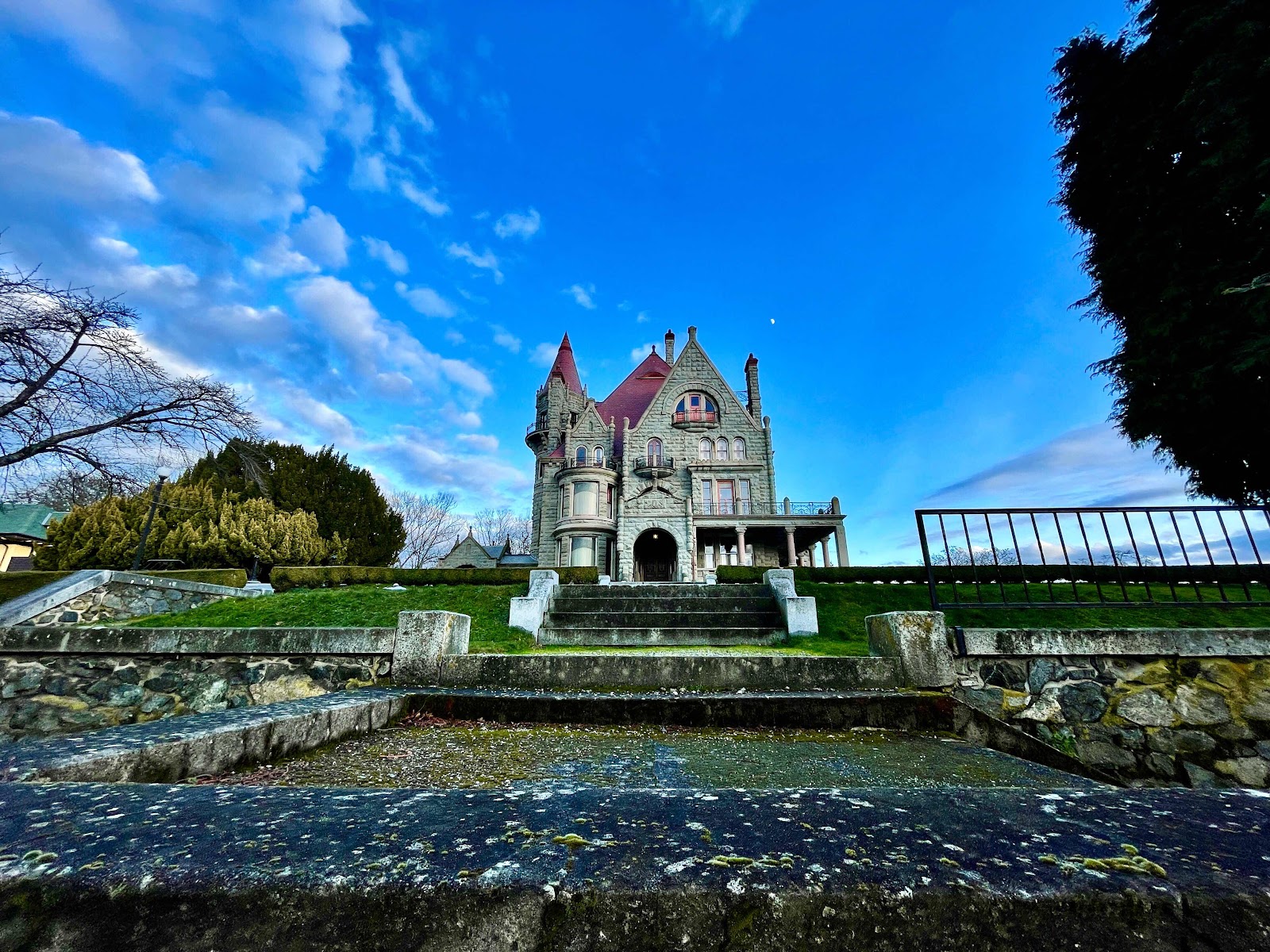 Our goal was to make it to Russell Books before they closed to find a few more titles to bring on our remaining Vancouver Island journey. We knew that future stops would not likely have a readily available book store or library. In fact, our next stop - Port Renfrew - has a population of less than two hundred souls. It will be a very different experience than Victoria.
For dinner Heather and I were craving seafood, so we set out to find some tasty local fare. Two things were working against us in this pursuit. First, it is a little out of season - some restaurants close for the deep dark days of winter - and second, it was a Monday night. It took some searching, but we eventually stumbled upon a nice spot that served oysters on the half shell and prawn tacos. This was a surprisingly balanced and satisfying combination.
By the end of the day we had logged over 20,000 steps and 15 kilometres. I’m not going to lie, my body was feeling it. We will do less walking today. Heather is going to spend the morning here at The Craigmyle working on her book. I’m going to drive into Sidney to visit with my aunt and cousin.
Email Post