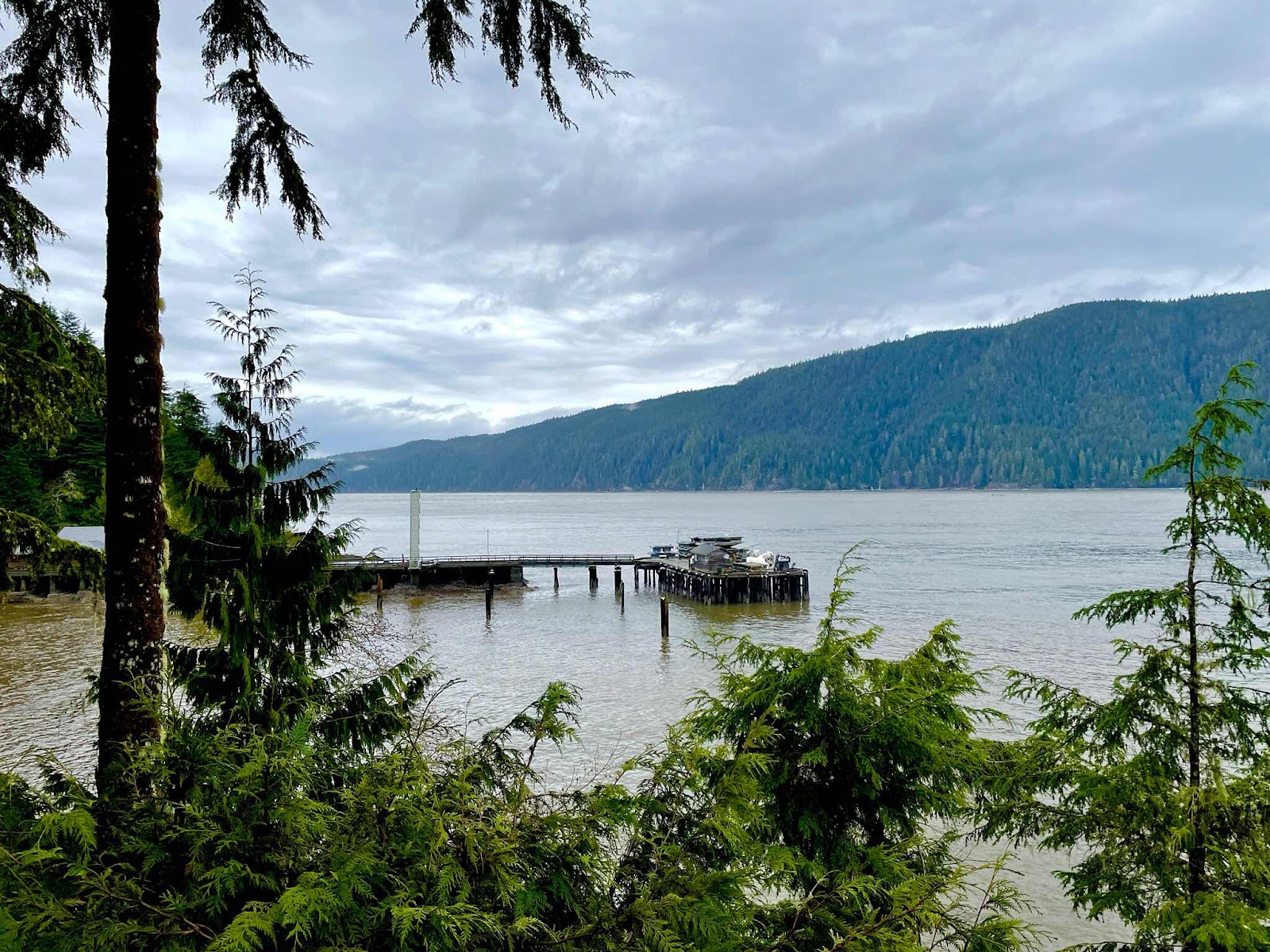 Prior to leaving the Craigdarroch Castle neighbourhood we wanted to refresh our artistic souls at the Art Gallery of Greater Victoria. It is tucked within a century old residential area just a couple of blocks from where we had been staying. While large in its offerings, it had parking spots for only a handful of cars. I’m trying to wrap my brain around how they make a go of that.  Mind you, British Columbia leans a lot further left than its neighbour to the east. They may not have any aversion to government funded institutions like a world class art gallery.
They had two main shows happening: one focused on Emily Carr and the other on an artist named Denyse Thomasos. While I appreciate Emily Carr’s work, I find it rather dark and muted.  In a way, her paintings perfectly capture Vancouver Island’s shadows and darker days, particularly in the winter. 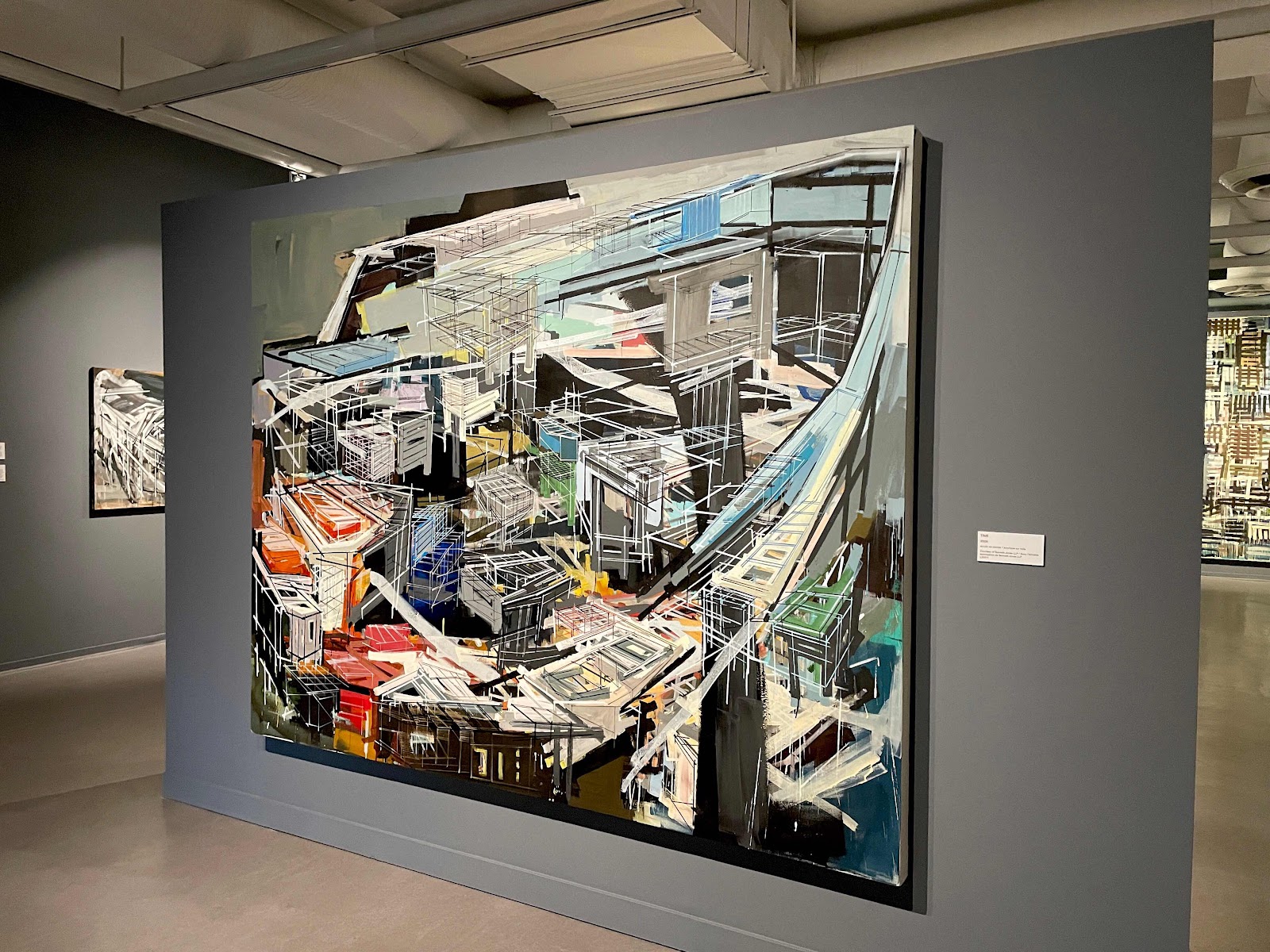 Denyse Thomasos on the other hand was fuel for my artistic fire. It appears she would lay down swaths of colour and then allow the geometric forms, structures, and architectural details to emerge.  There was one canvas on display that had to be 30 to 40 feet wide by 15 to 20 feet high. Massive.
It turns out that piece and several others in the collection were delayed owing to the massive flooding that hit BC awhile back.  The show’s opening had to be delayed. I was intrigued by how they would have shipped a piece that huge. My mind was blown.
We had two goals before leaving for Port Renfrew. The first was to find me a rain coat of some kind. If I was going to enjoy my outdoor time on the Island, I would need to get some protection from the constant rain. I found exactly what I was looking for at Sportchek in Langford. After that, we grabbed some lunch in Sooke and some grocery essentials.
The drive from Sooke to Port Renfrew is a journey resplendent with twists and turns. It offers occasional glimpses of the Salish Sea, including a spot at Jordan River where we saw a smattering of dark dots in the waves. It was surfers in their body suits out in the cold water with their boards. Despite the atmospheric river, the roads were one hundred percent fine, though the ditches on the mountain side of the highway were filled with water and small waterfalls were abundant. 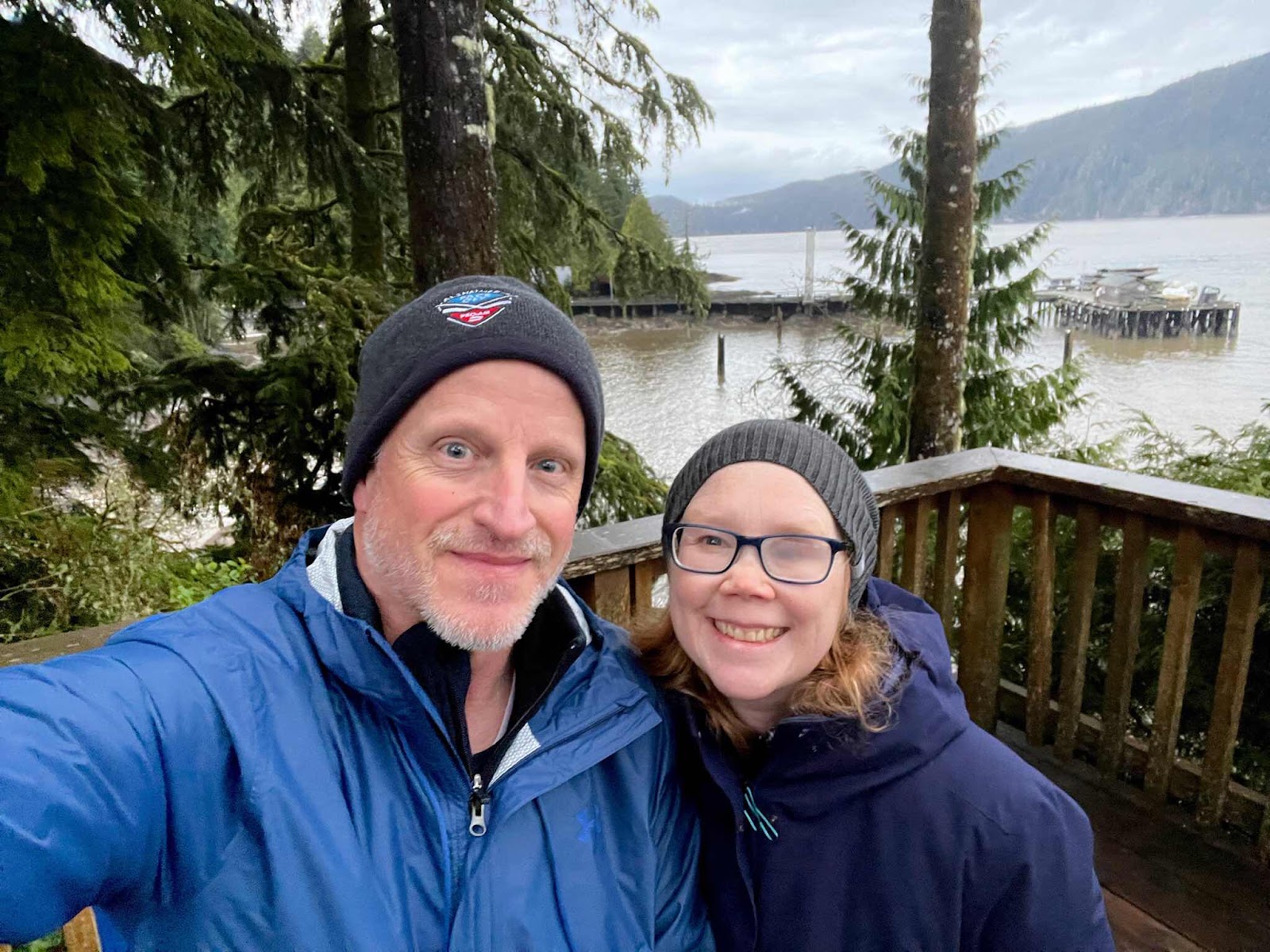 We are staying in the Wild Renfrew Seaside Cottages, a wonderful development that appears to be quite new. Heather found our cabin through AirBnB. It is well appointed and modern with a large bedroom, bathroom, kitchen and living room. 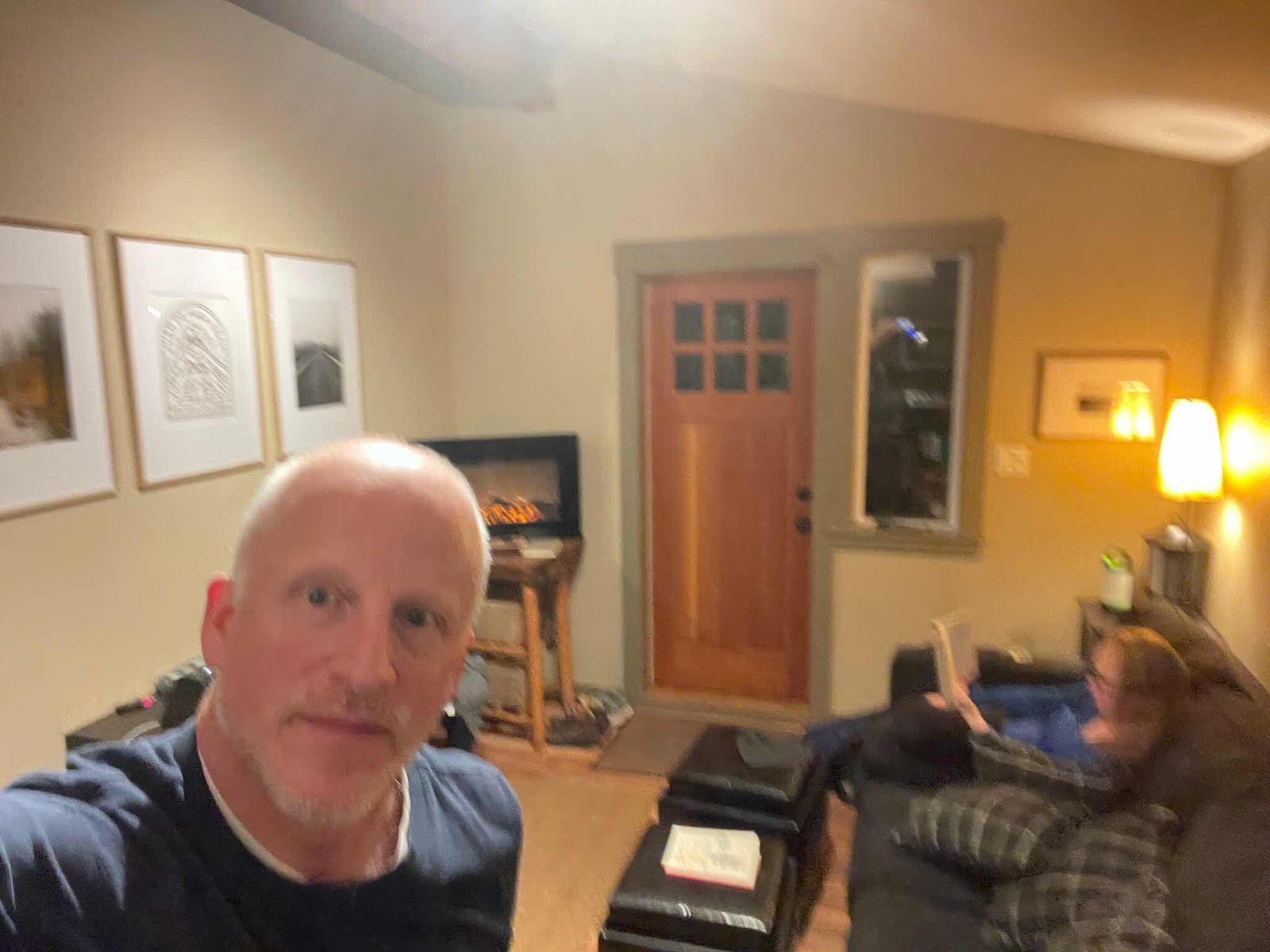 There are several sitting areas outside and a small bunkhouse in the back. It would comfortably accommodate a family or several couples. The owners ask guests to turn down the heat before they leave to save energy, which meant that it was 10 degrees when we arrived. Within an hour, it was toasty and comfortable as all heck…too much so for me by the time we went to bed. I had to turn everything down and open some windows. I love the idea of asking guests to turn down the heat before they leave. It makes so much sense. I also love the binder of guest instructions that they have. It is really informative and useful. We are picking up some awesome AirBnB tips as we go. 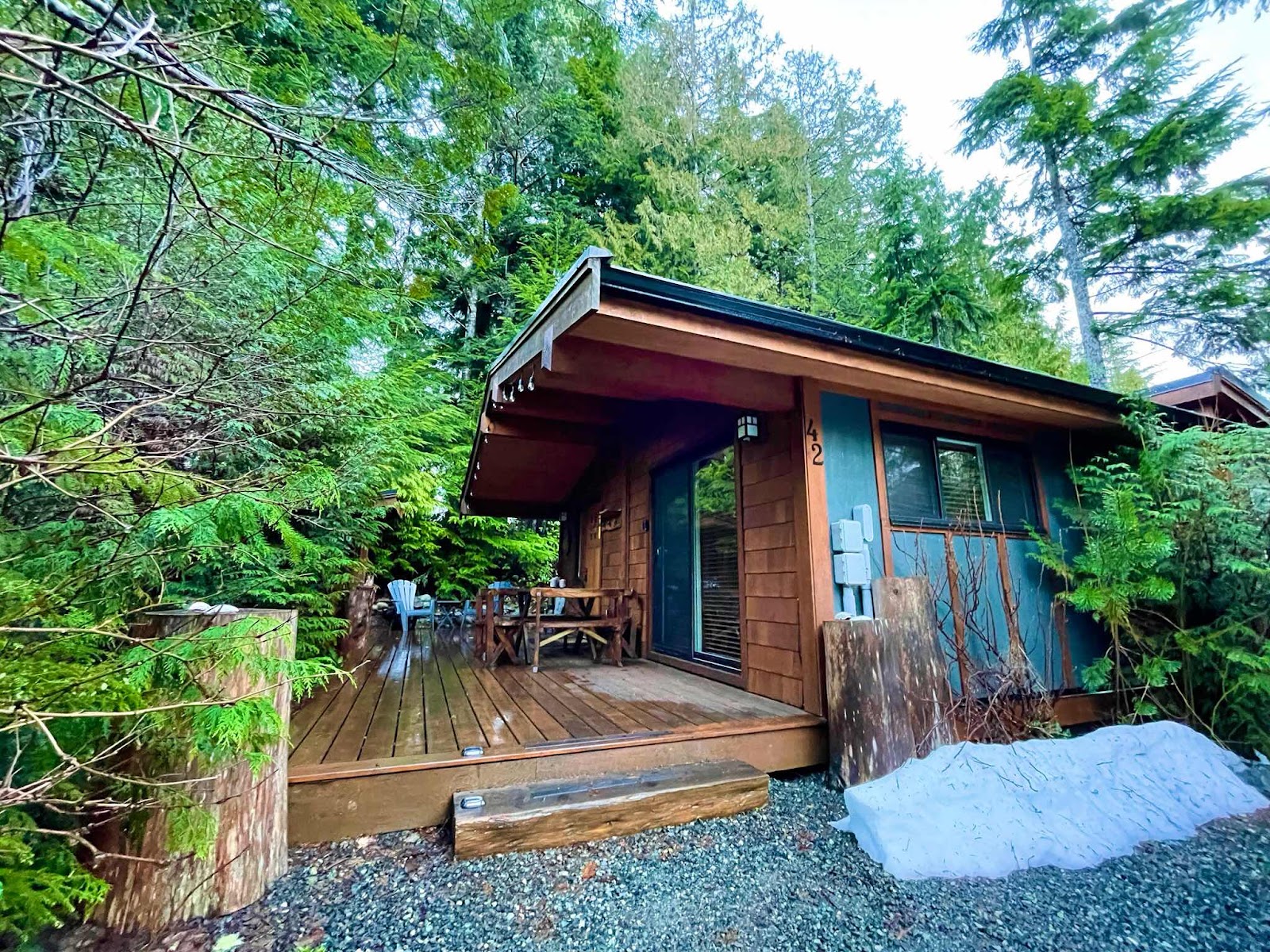 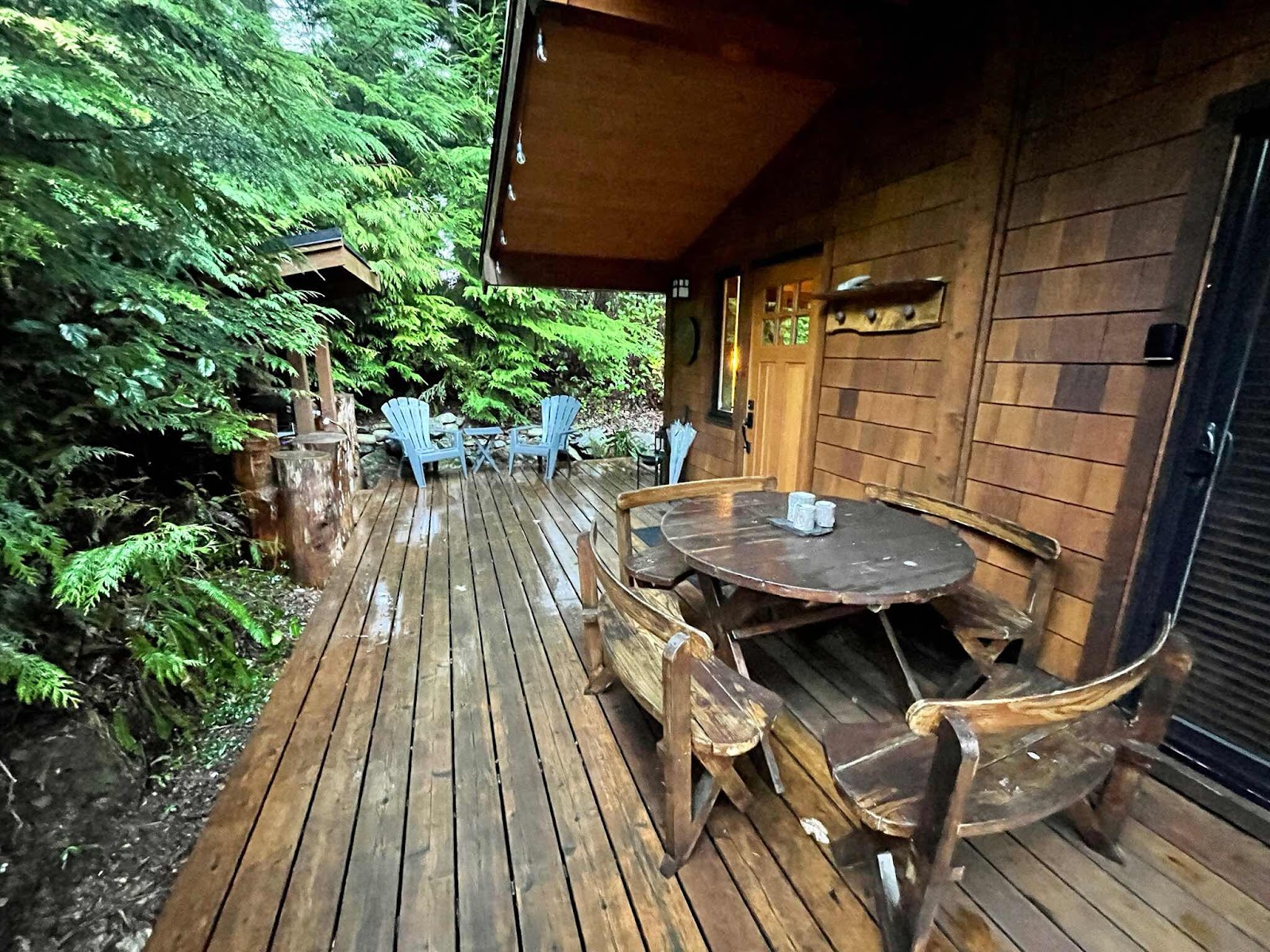 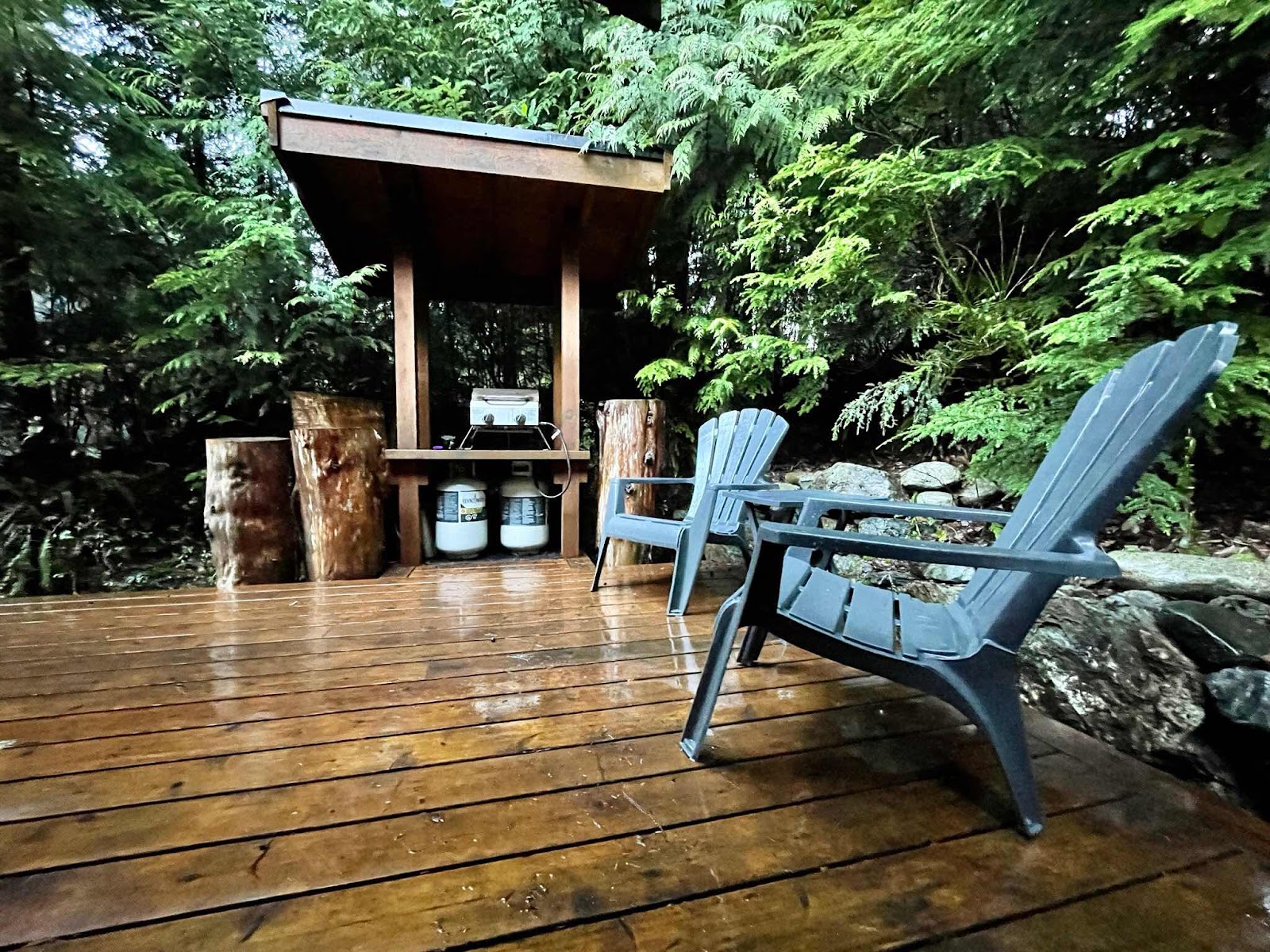 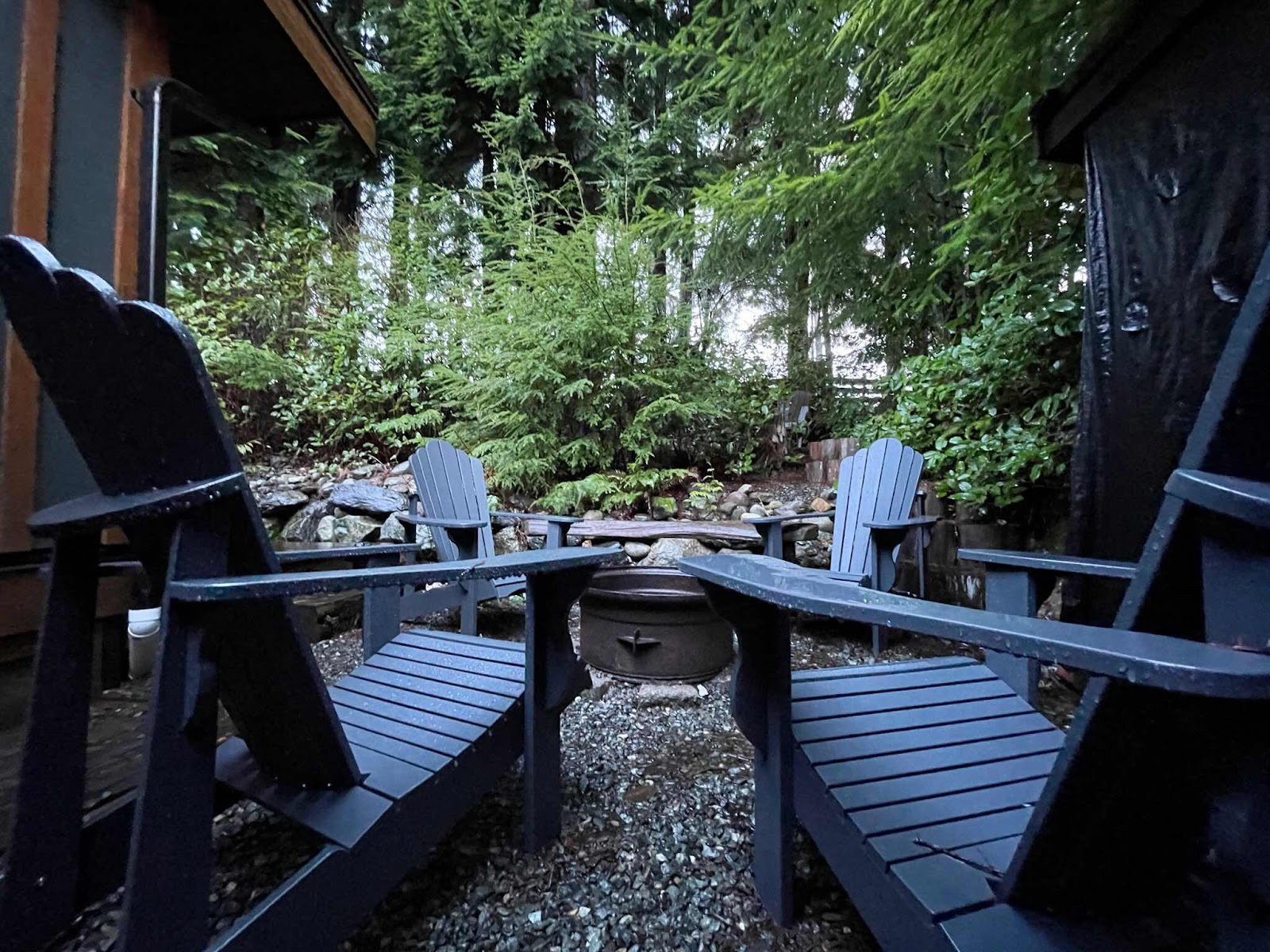 We enjoyed a dinner of veggies and prawns, curled up in bed and watch a movie on Blueray. There is no cable television way out here…and the Internet speed is not the fastest. The owners have a wonderful selection of titles to choose from.
Today is all about exploring beaches and forests. I can’t wait to find out why they call Port Renfrew the “Tall Tree Capitol of Canada”.
Email Post