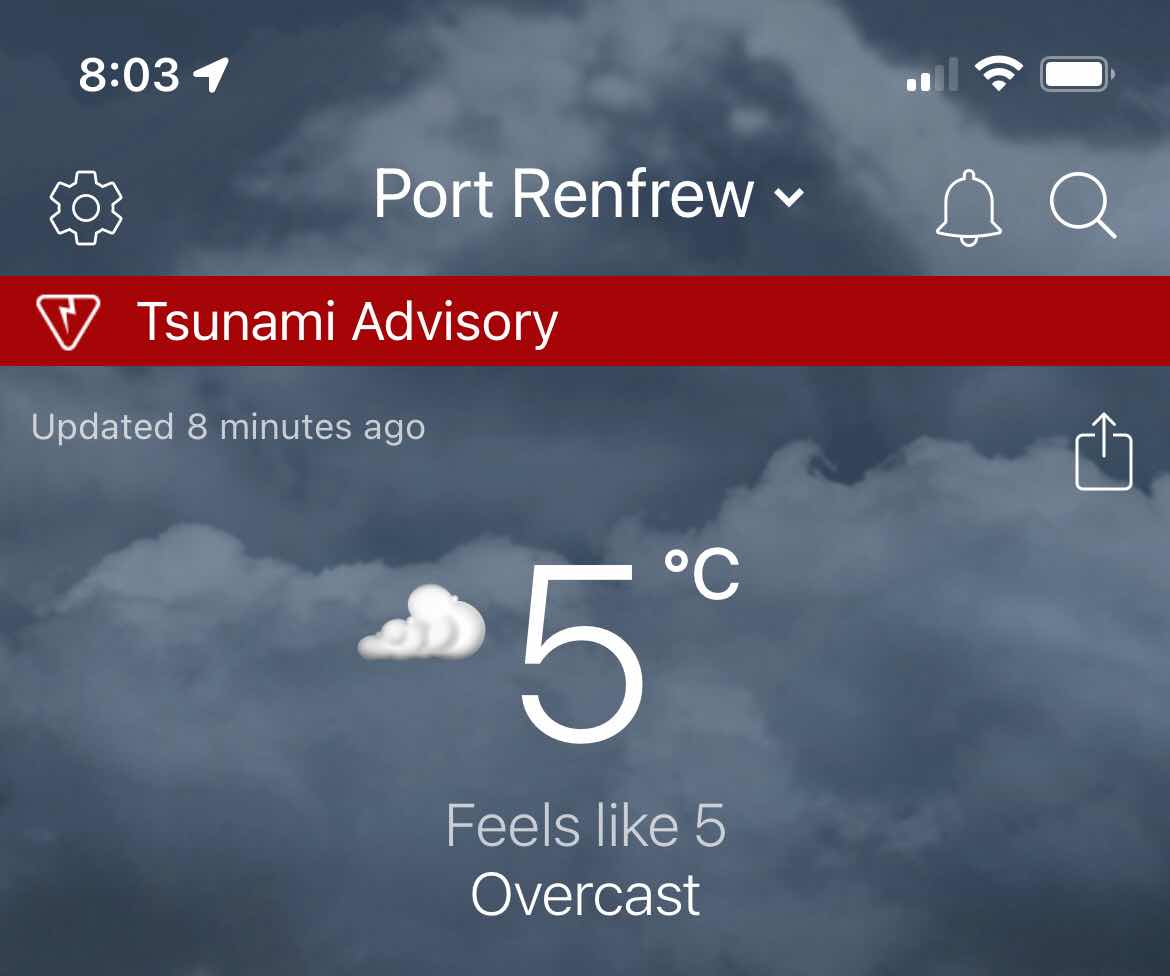 We were on our way north when I got a notice from a Facebook friend that a tsunami alert had been posted for Port Renfrew. Apparently some volcano activity somewhere in the Pacific had triggered the response. I’m not sure where we were on the journey, but we were far enough away not to be concerned.
Our travels took us to Cowichan Lake, Chemainus, Ladysmith and Nanaimo. Each place is marked in our memories a different way. Cowichan Lake is where we stopped for coffee and a snack. We did laundry in Chemainus and went on a nice walk through the town. Ladysmith provided lunch at a place called Plantitude. 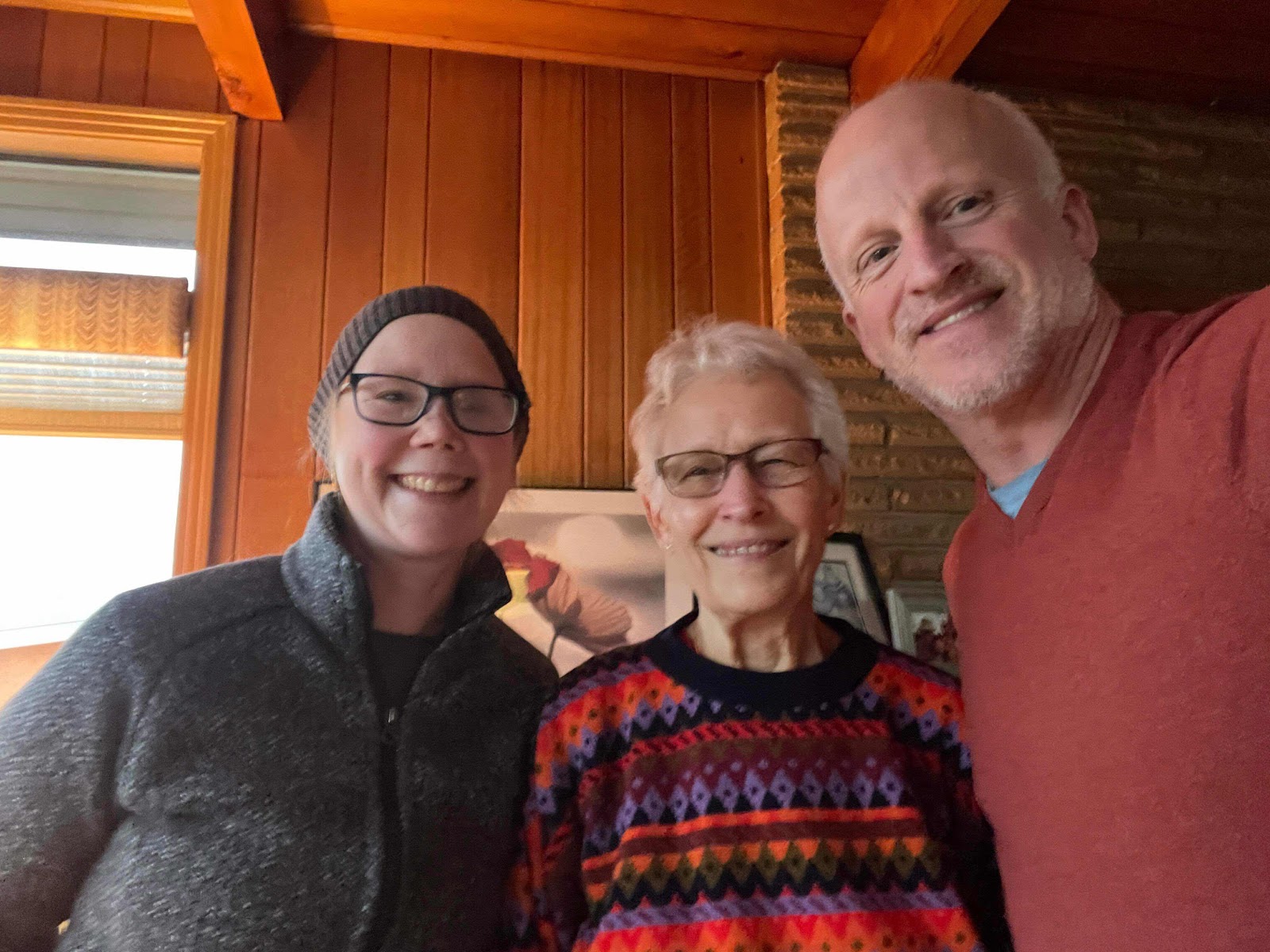 Nanaimo offered a delightful visit with my Tante (Aunt) Germaine. I also got to take a few pictures of her visiting hummingbird. 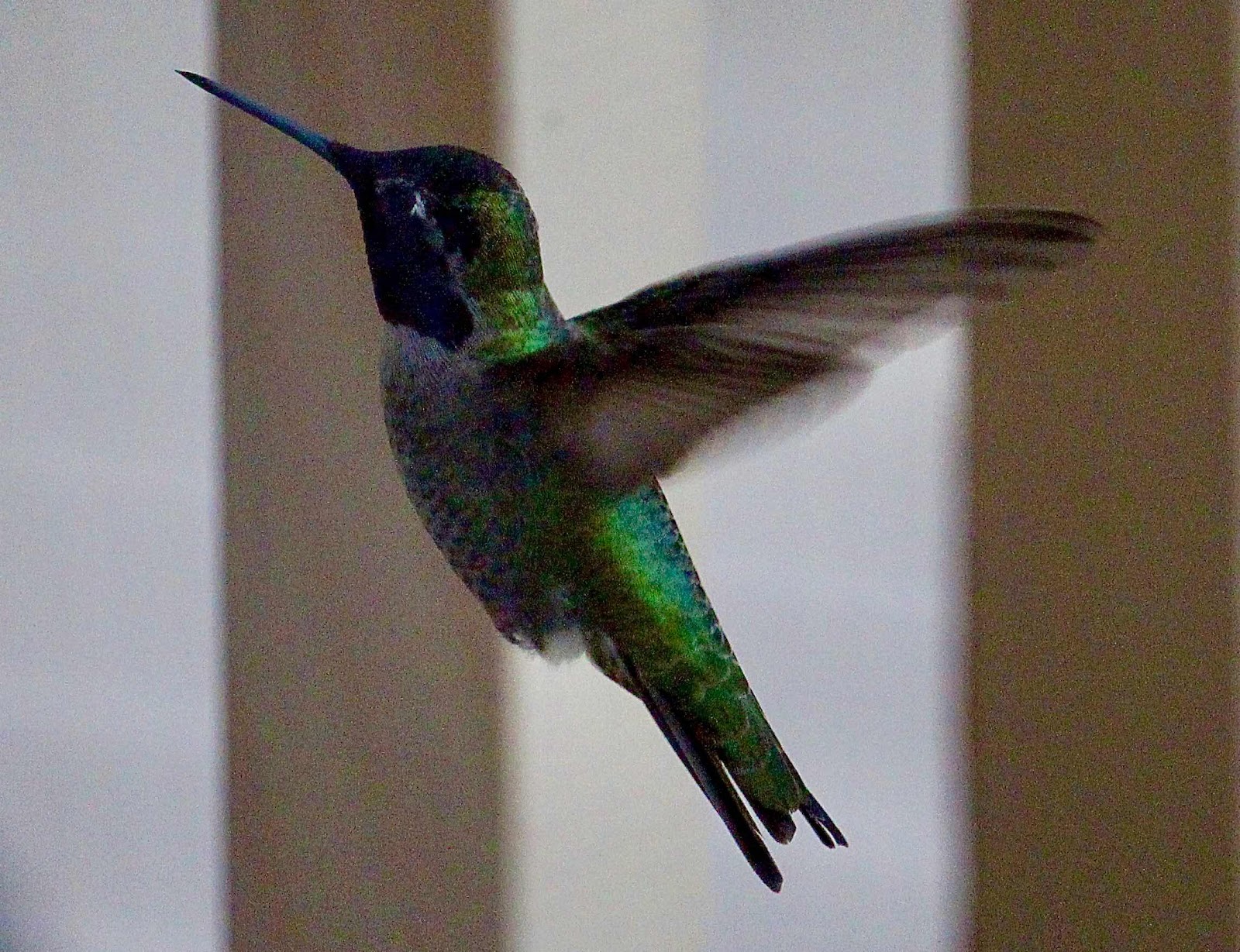 As it is January, most communities feel quiet, damp, muted and in a state of semi-hibernation. The only exception to that description would be Ladysmith and Nanaimo, which were both humming.
After a couple of hours visiting in Nanaimo, we headed up Island flying by Parksville, Qualicum Beach, Comox and Courtney. It was dark for most of the trip, so there aren’t many reflections to share. The only thing that confused me was that the turn off from the Island Highway to Port Alberni was at Qualicum. That made me question my memory. You see, I lived in Parksville, Qualicum Beach and Port Alberni back in the early 1990s. Those places are where I began my radio career. I clearly remember going to Port Alberni from Parksville. Looking at a map later, it was clear that the construction of the Island Highway, which happened after I left, caused some changes.
We stayed in a home in Campbell River for the night. It was a little different as the owner had turned each of their grown kids’ bedrooms into AirBnB rooms, all of which shared a bathroom. It felt a little weird to me, but as there ended up being no other guests, all was well. The host had laminated signs everywhere about no smoking, no alcohol, and instructions about the cleaning requirements. I think we were both happy to depart early the next morning as soon as we were up.
After a hearty carb-laden breakfast we began the drive through the mountains to our final northern destination. Talking to some old-timers at the restaurant, they shared that this was the first winter with lots of snow in years. While the cold weather and white stuff happened a few weeks earlier, the impacts were still clear to see. Besides the snow piled up on the side of the highway at the higher elevations, hundreds of trees had obviously fallen across the road and had to be cut and cleared before traffic could move again. There were a number of trees hanging perilously over the road that made us pay attention. 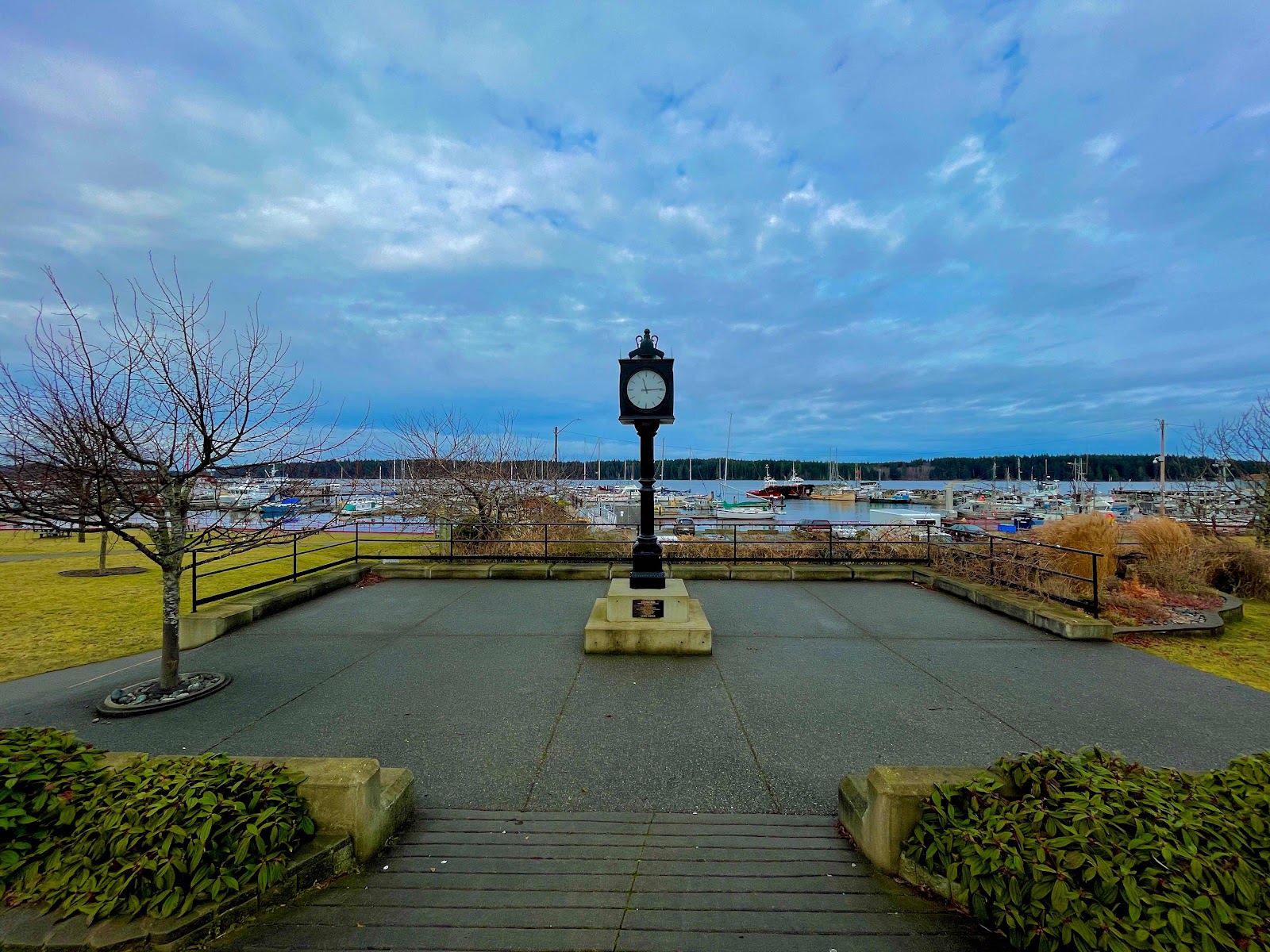 We stopped for a stretch in Port McNeill and to walk around the marina. Heather bought a scone at a local coffee shop. I offered a nibble to a pair of juvenile ravens which quickly grew to a conspiracy (and a few seagulls for good measure). They enjoyed jostling for the small bits of pastry I was throwing their way. 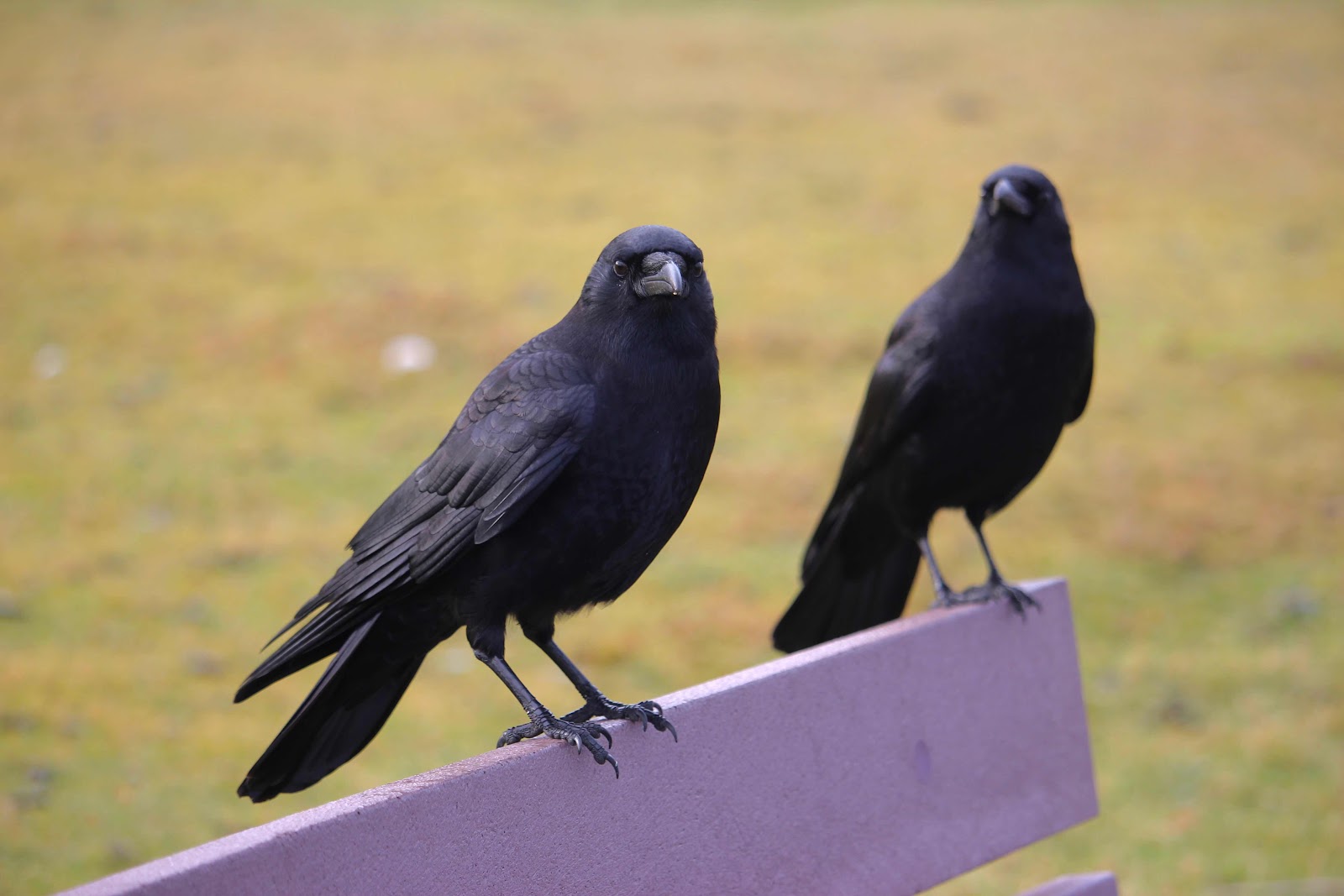 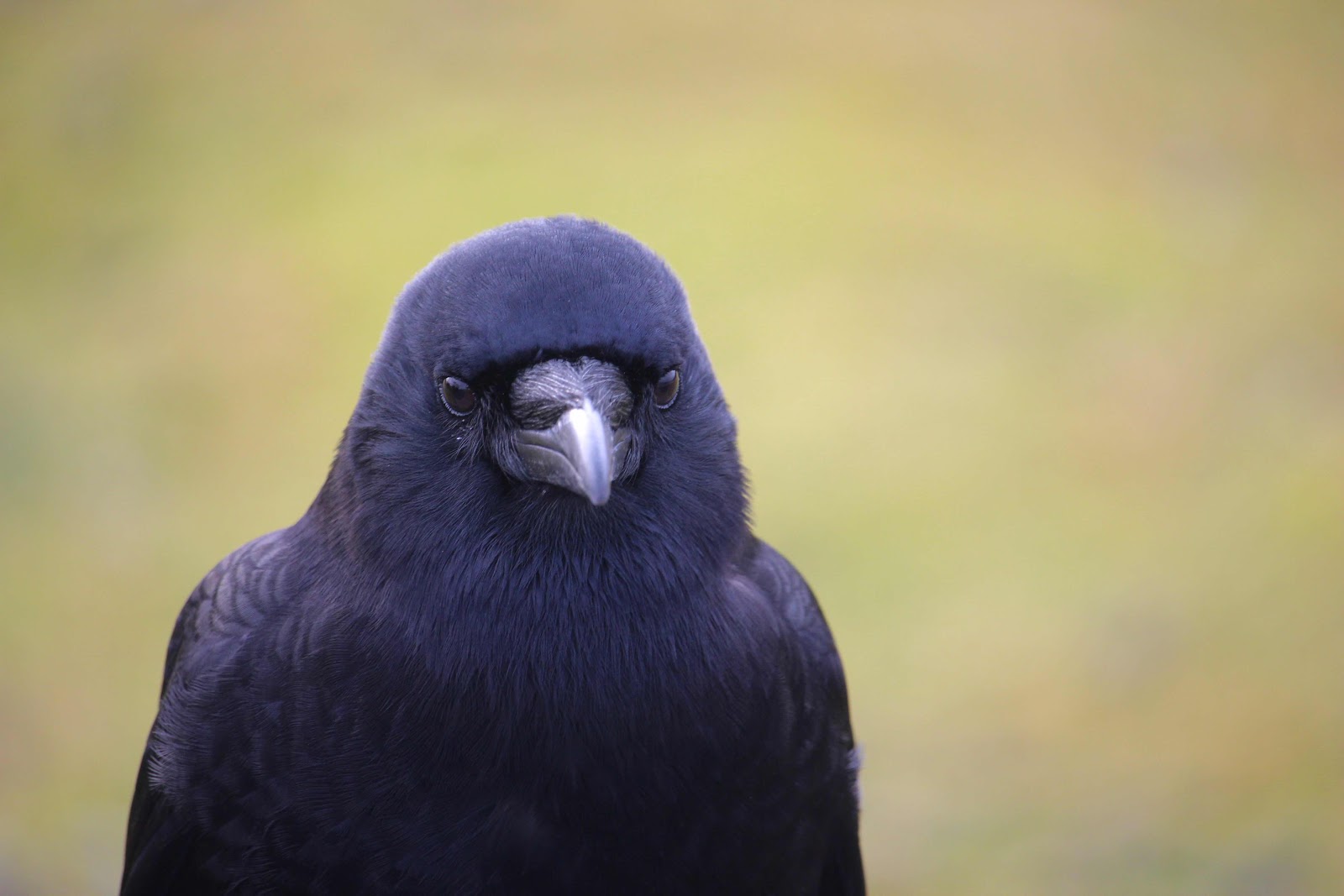 Port Hardy appeared very quickly. We got settled into our suite - a garage converted into an apartment - before grabbing some groceries and getting a sense of the place. Bearing in mind that my impressions are largely influenced by wet weather, cloudy skies and an absence of tourists, I find Port Hardy’s architectural approach to be rather simple and spartan. There are several buildings downtown that put me in mind of Soviet era Russia. Even the houses are very basic; design flare is noticeably absent way up here. I imagine that people need to be as practical as possible when building in a place that is relatively remote. 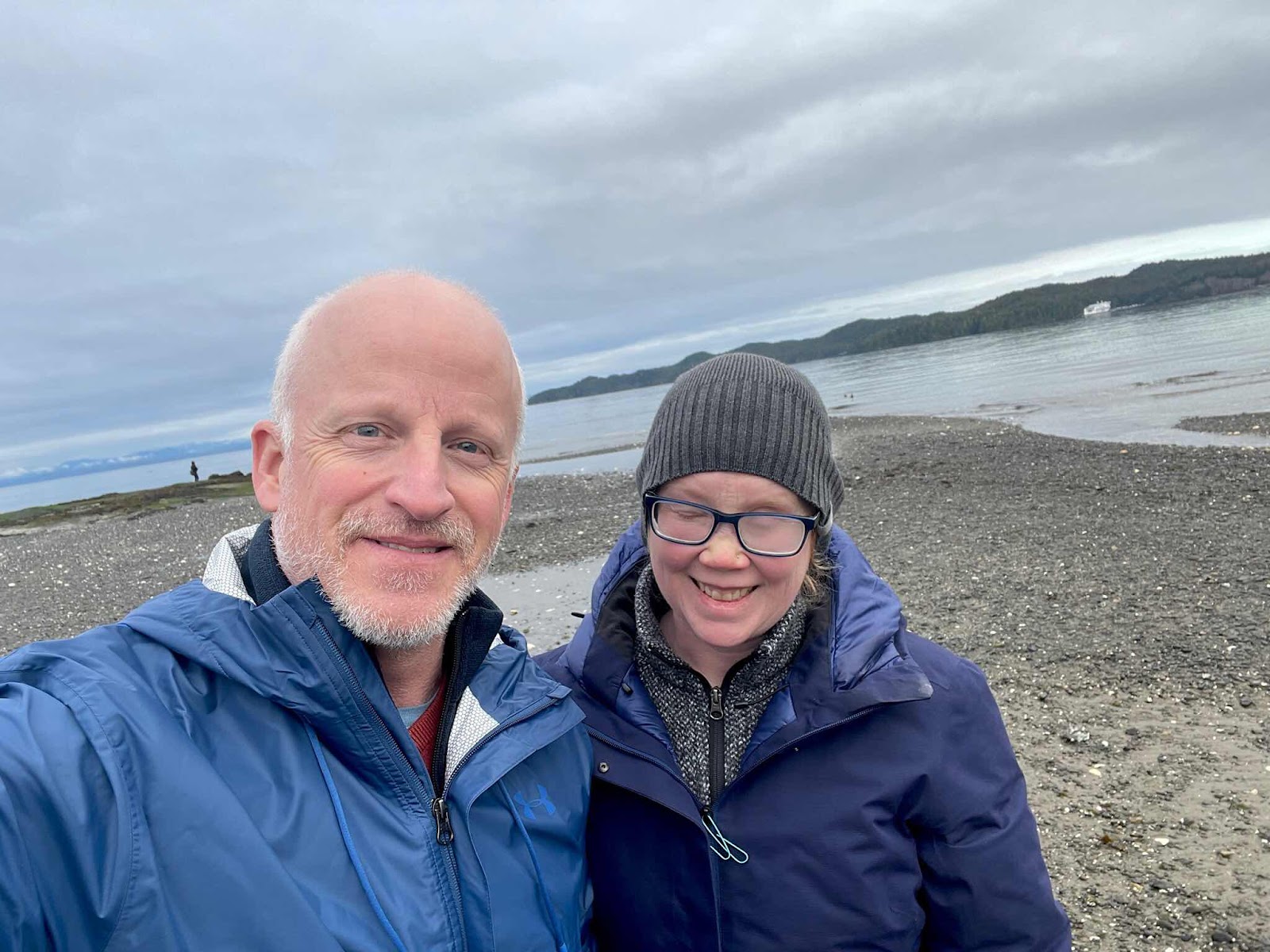 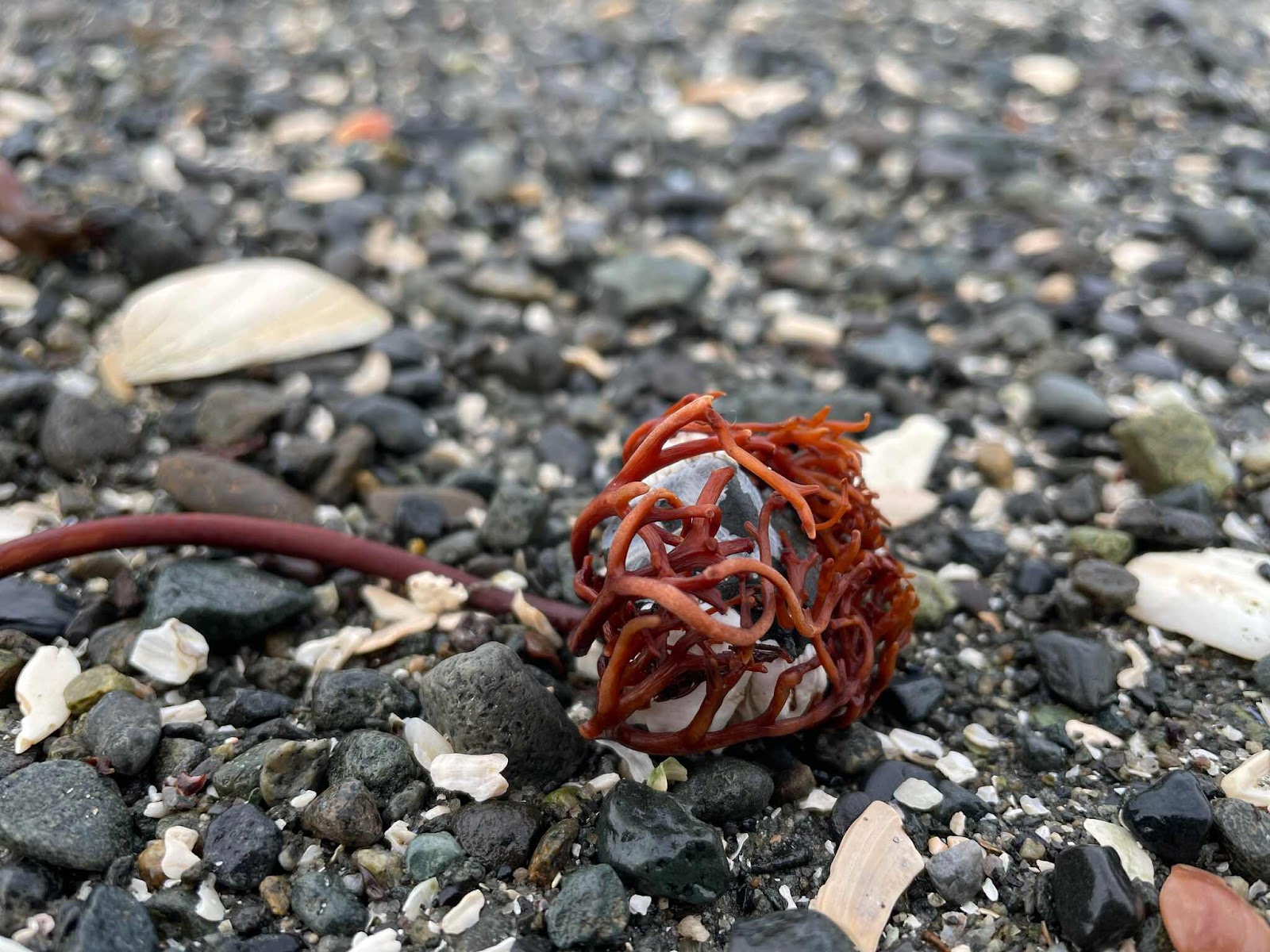 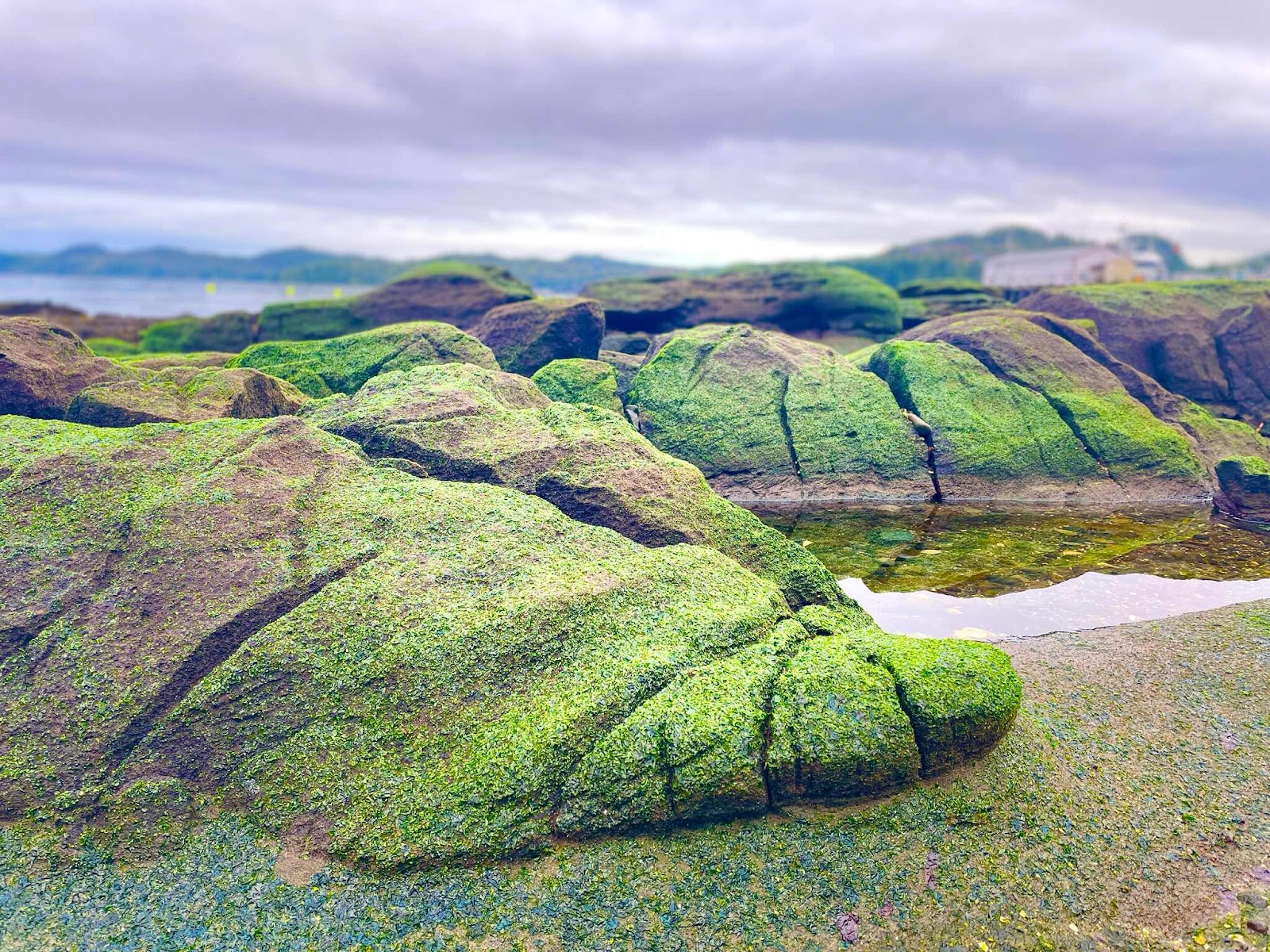 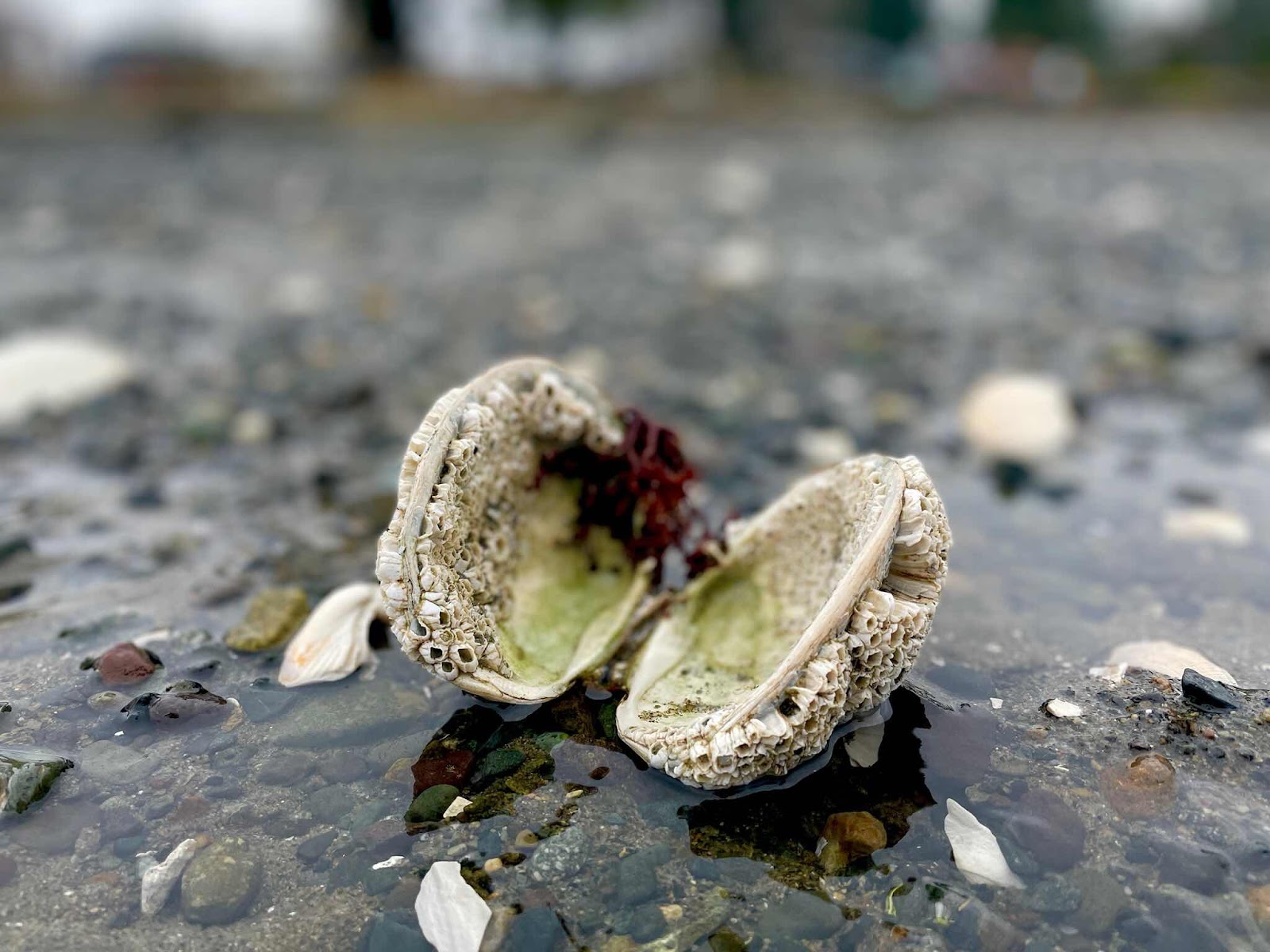 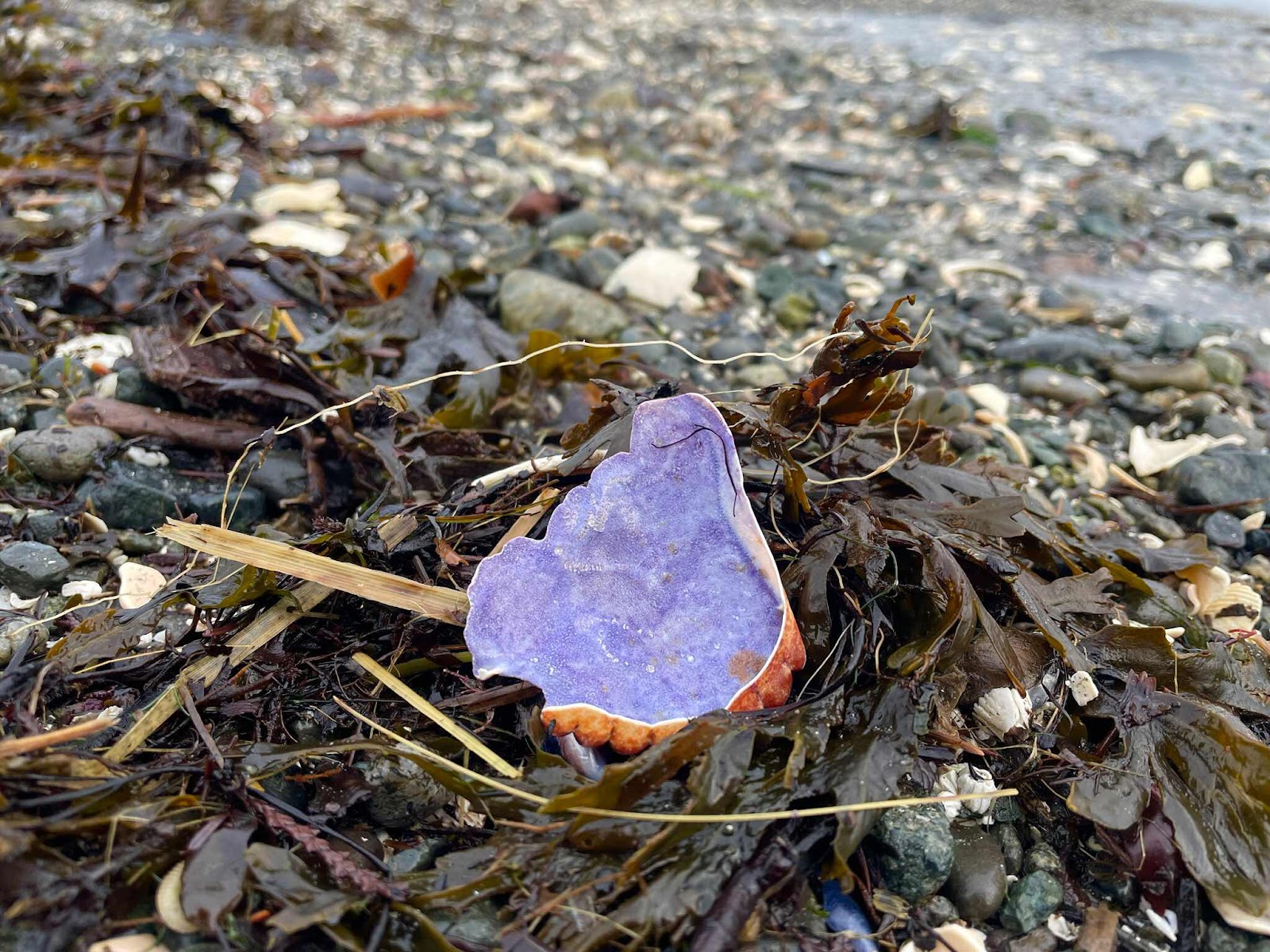 Heather and I spent hours walking the beach at low tide, exploring the shells and sea glass and enjoying the birds. After we had walked most of the length of the beach I heard some unfamiliar bird songs up in the trees. I walked up to have a look and discovered a bald eagle perched up in the branches. We saw another on a rock near the water’s edge on the way back and four more flying together. Neither of us had seen so many eagles in one spot previously. It was amazing. 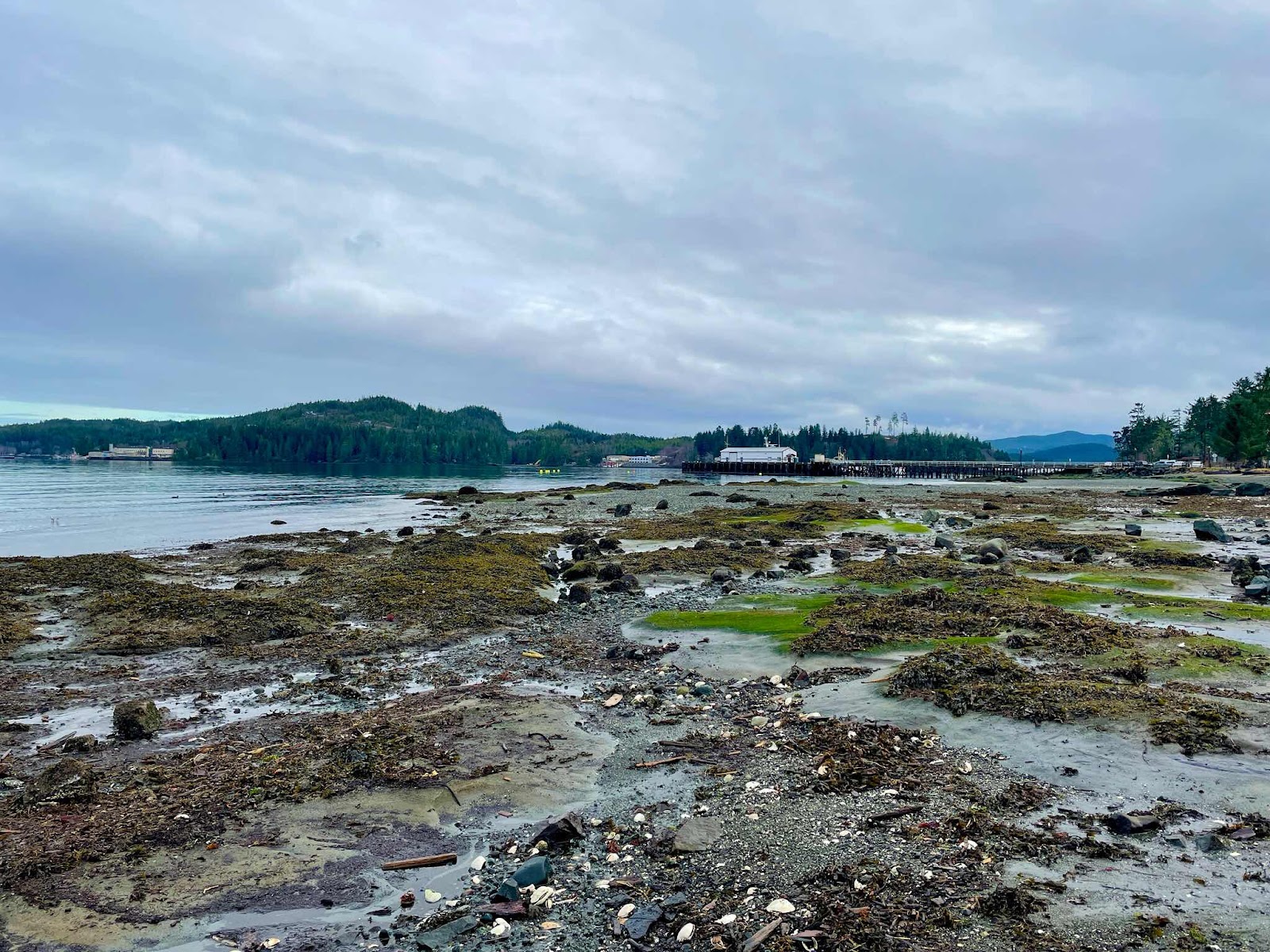 The day ahead is all about exploring the Port Hardy area. We plan to do a nature hike and spend more time on the beach. We’ll spend one more night in our garage turned apartment before heading south to a cabin in the Comox area for the remainder of our time on Vancouver Island.
Email Post