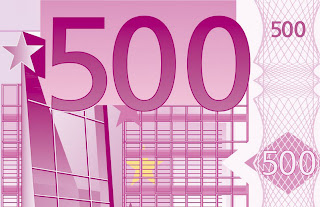 What's in a number?  This - the 500th blog post since I started this writing practice on December 26, 2009 - is, in the great scheme of things, just another series of thoughts threaded together by an idea or theme.  Does it need to be anything more special or different than the 499 that came before?

As I often do when faced with a question for which I don't have an answer, I took to Facebook to see what suggestions would pop up.  There seemed to be an interest in exploring how much things have changed since I started the blog, or since I arrived in Fort McMurray in February of 1996.

When I drove down Beacon Hill for the first time on that dreadfully cold day in January on my way to an interview at the OK Radio Group with community luminaries like Kelly Boyd, Brian Blackburn, Andy Carlson, Mark Stiles and Rod MacDonald,  Fort McMurray was on the cusp of emerging from a rather dark period.  The population, which had been on a slow decline since the mid 1980s, was sitting at just over 33,000 souls.

The oil price that month was around $19 per barrel.  Can you imagine?  At the time, it seemed normal as the price had been in and around the $20 mark for five years.  The viability of oil sands was very much in doubt, the community was reeling from the massive Klein cutbacks, and the dead streets in Timberlea were still being used for teaching teenagers how to drive.

Young radio announcers were being hired for $1,000 per month.  Four bedroom condos were selling for $60,000 complete with all new appliances.  Rents were reasonable, though getting by was still difficult by any measure if you weren't working at site.  The interPLAY Festival was on life support and we were still in the first full year of amalgamation under the leadership of Guy Boutilier as CEO (Mayor) and Glen Laubenstein as CAO.  The venerable Doug MacRae was President at Keyano College and much-loved Eric Newell and Jim Carter were leading Syncrude as they envisioned securing Canada's energy future.

A drive down Franklin Avenue in early 1996 would be a very different experience from a similar trip taken today.  There were large patches of land left undeveloped, soon to be filled with new shopping centres and businesses.  On the northwest side of Confederation Way, development came to an end at Cartier Park, a small collection of trailers.  From the entrance to the mobile home neighborhood to Highway 63, it was impenetrable forest.

We didn't have email at the office when I first started with CJOK and KYX98.  Back in those days we printed memos and letters out on those dot matrix printers on paper with the perforated edges.  Music was played from CDs - playing tunes directly from computers was still a few years away.  The Internet was in its infancy with dial-up connectivity the norm - high speed was still something you read about in the technology magazines.

A lot of water has passed under the bridge in this stretch of time, from 1996 to now. People have come, gone, recycled and remained in numbers too vast to fully understand.  The amount of construction and change would stagger the imagination of someone who has not been here in a decade.  Imagine the impact a few years from now when the renewed city centre begins to take shape, interchanges and bridges are complete, and MacDonald Island has added its new amenities, from outdoor performance field to community plaza.  If they would be gobsmacked today, they would be hyperventilating by the time we welcome thousands of athletes for the 2015 Western Canada Summer Games.

We live in a community where change is constant.  All you have to do is blink and something or someone new will be in front of you as Fort McMurray continues to evolve, expand and explode in its role as the economic epicenter of the province, country and continent.

I have had a lot of fun trying to capture elements of this change in this blog.  I appreciate each and every person who has taken the time to read some of these 500 vignettes about our northern life. Thank you for dropping in.
Email Post