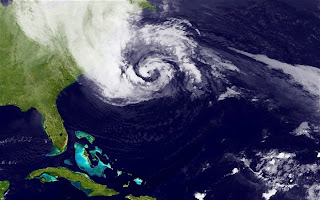 About 7 million people are waking up this morning - or not, because the alarm clocks are silent - to a dark house, cold breakfast and streets strewn with debris.  Hurricane Sandy, described as a "superstorm", "straight out of a disaster blockbuster", and "the most fearsome tempest on record in the country", made landfall in New Jersey last night and pummeled the northeast with high winds, pelting rain and record storm surges. 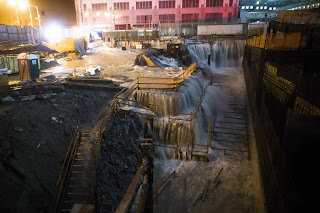 In Canadian terms, Sandy's impact to the power grid would be akin to every single light being off from Kamloops to Winnipeg. 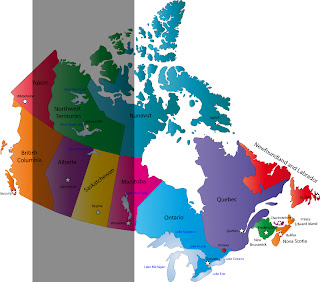 Thankfully, the loss of life has been minuscule in comparison to devastating Katrina, but damage and impact is profound.  Based on reports, New York had a higher storm surge than ever before.  Streets became rivers, portions of the subway system were immersed in salt water, hospitals lost back-up power and were forced to evacuate, and fires raged throughout the city, including about 50 homes in Breezy Point. 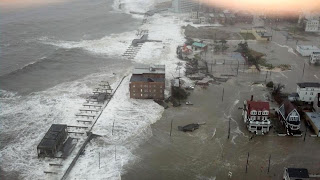 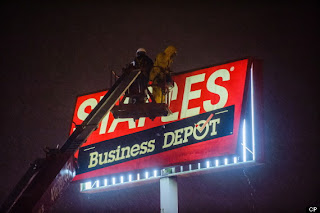 Pundits are prognosticating Sandy's whollop on the US general election which happens one week from today. Will this natural disaster swing momentum one way or the other.  I'm sure the answer would be "yes" depending on who you talked to.  I thought Obama looked and acted rather presidential through this melee.  But one opinion I read this morning suggested that the storm will blow support right into the hands of Romney's Republicans.

I think a more salient point however, especially in the northeast, is what kind of state the transportation infrastructure is going to be in come next Tuesday.  One official was quoted last night as saying it could take a week to get the full subway system up and running in New York.  And how long is it going to take to fully restore power? How will those factors impact peoples' abilities or interest to get to the polls?

While Sandy raged, an uncharacteristically large amount of snow fell on Fort McMurray, and a 6.3 after shock kept everyone on their toes on the west coast.  All of this "natural" excitement plays right into the hands of the end of the world theorists who will be singing a famous REM song when the sun rises on December 21st. 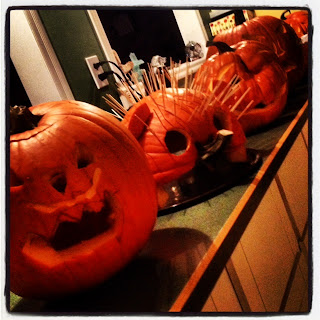 I really don't know if it's the end of the world as we know it, or if climate change is stirring up storms the size of which we've never seen before.  What I do know is that I was grateful to be at home last night, surrounded by family, carving pumpkins in preparation for tomorrow's white Halloween.
Email Post