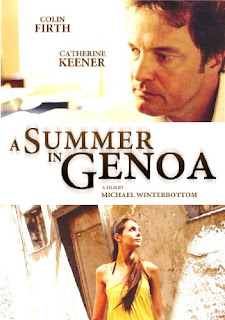 We were watching one of those artsy types of films last night, to close out an evening that began with the annual KD Gala in support of the Centre of Hope.  Titled A Summer in Genoa, this slice-of-life picture starred Colin Firth and was filmed in a way that caused you feel like you were a quiet voyeur watching the scene in one moment, a part of the characters as they felt loss, panic, and confusion in the next.

"That's it?" asked Heather as the credits started to roll.  "I was hoping for a resolution."

Often with these types of movies, there is no pretty bow at the end of the story, a final flurry of activity that wraps up the conflict, injects hope and leaves us feeling warm and fulfilled on the inside.  Instead, we are left dangling, wondering, questioning.

The story, the emotions it stirred, and the unanswered questions it left behind made me think of my sons, and how quickly they are growing up. 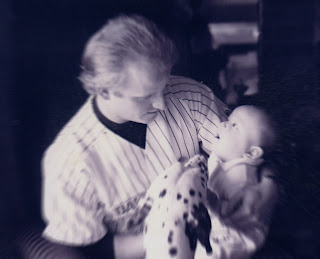 I thought of how they started out as babes in arms, Dylan so small when he arrived that he fit in my two outstretched hands. Some of my most treasured moments are from deep in the night, as I held them in my arms, rocking back and forth in a preciously slow rhythm making the sh-sh-shing sound of the placenta to coax them back to sleep. 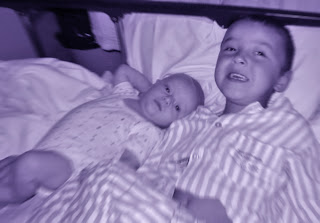 I thought of the stories we used to read, starting with the simple books with pictures and one or two words, moving on to the Dr. Seuss tales, and finally on to the Robert Munsch classics.  Eventually they started reading for themselves and the nighttime ritual shifted once again to an end-of-day chat, a warm hug and a kiss on the forehead.

I wondered when the stories stopped, because for the life of me I can't remember.  I'm guessing the changes were incremental, slow and steady. Today, we take turns popping into Ben's room to say goodnight as he devours whatever books has caught his attention.  At some point - while we watch a show, read or chat out in the living room - he decides it's time to sleep and shuts off his light.

Dylan, now a tall 13-year old, taller than Heather and almost as tall as I am, says goodnight to us as he sweeps through the kitchen and descends into his teenage lair in the basement.  Most vestiges of childhood ritual have disappeared, save for the longing for physical connection - hugs - that I hope never go away.

Sooner than I'd like, they will both be grown up, moving on in their lives, and we'll continue the process of scraping memory, trying to recall what it was like when they weren't quite so independent, looking at pictures and reflecting on words left behind.  I'm grateful for the gift of having a family; it is the greatest gift of all.
Email Post