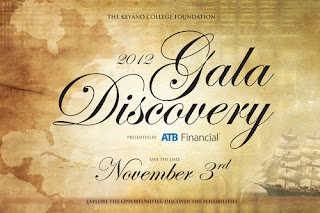 An annual rite of passage in Fort McMurray, and arguably the swankiest night of the year, is the Keyano College Foundation Gala.  It happens on the first Saturday in November, usually as autumn turns into winter, the day when we often see the first few flakes of the season.  Not this year though.  We have been plunged headfirst into winter with a bunch of snow this week that required multiple trips out to the sidewalk and driveway with shovel in hand.

The white fluffy detritus and the cooler weather has not hampered activity in the Syncrude Sport and Wellness Centre as load-in began in earnest on Wednesday for this friend and fundraising extravaganza.  Lighting trusses, stage units, audio consoles, and boxes upon boxes of technical gear were wheeled into Shell Field and the Alberta Building Trades Field. 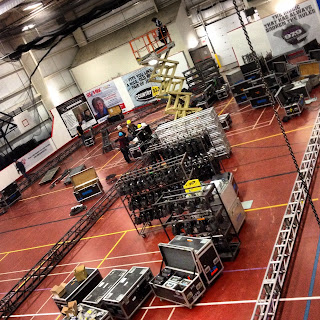 I was up in the VIP deck - an additional amenity at this year's Gala that will be auctioned off along with a meet and greet with the star performer of the night, LeAnn Rimes - when I snapped the shot above.

This luxurious carpeted perch offers the best view in the place of the main stage and all the action below. 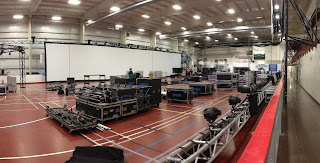 By Thursday the production crew had made tremendous progress, an impressive collection of technicians from the city, and professionals from Keyano Theatre and Arts Centre, who lend their expertise to this mammoth endeavor every year.  I popped by a couple of times and captured the above shot of the main event area, featuring a massive video screen that almost runs the full length of the space.

Behind the scenes, volunteers are being trained, details checked and triple-checked, systems tested, decorations installed, auction items set-up, and myriad other details that would make the head of even your most seasoned event planner spin.  This is a big deal, and it's all hands on deck for the region's marquee black tie event that begins at 7 pm on Saturday night.

On the personal front, I think we're almost ready.  My tuxedo has been pressed.  Heather has her bright and beautiful dress ready to go along with a gorgeous white and warm coat to go over top.

When I think about the effort that we put into being fashion-ready for Gala, and multiply that 1200 times, I marvel at the economic injection it provides in our community. Hair and nail salons will be hopping over the next 24 hours, as will Bob Barrett's Men's Apparel as guys pour in to try on their tuxes or buy that last minute accessory. Then there are those folks who will travel here from all over western Canada.  I heard someone say that the estimated number of private company jets that flew in for the 2011 Gala was in the neighborhood of 14 or 15. 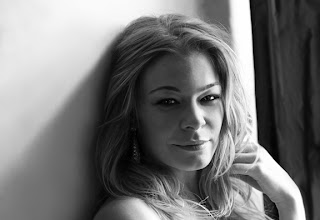 Of course, another person who will be flying into town will be our headline performer LeAnn Rimes.  I'm looking forward to hearing her incredible voice again. It was 1998 when I first listened to her vocal power, sitting in the balcony at the Ryman Auditorium in downtown Nashville. She was just getting started back then and has gone on to become a globally recognized music icon.  It's been a tough stretch for LeAnn, dealing with some health issues, a death in the family, and the inherent stresses that come with being a superstar.  But she is ready for Gala and Gala is ready for her.

To all the talented and dedicated people behind the scenes, to the visionary and amazing Foundation team, to the Gala committee and all its volunteers: THANK YOU for making the magic possible.  The most anticipated event of the year is just over 24 hours away, and we know that it only happens because of each and every one of you!

Also, thanks to our lead sponsor, ATB Financial, and all the companies that have stepped forward to support the 2012 Gala Discovery.  You are the fuel behind Gala's flame.
Email Post