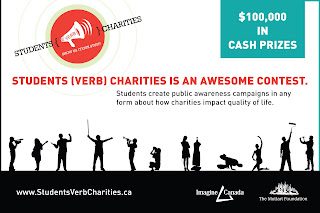 Bob Wyatt, long-time Executive Director of The Muttart Foundation (23 years) and board member with Imagine Canada, described the struggle they had trying to come up with a name for this contest designed to inspire post-secondary students to illuminate the importance of the voluntary sector. 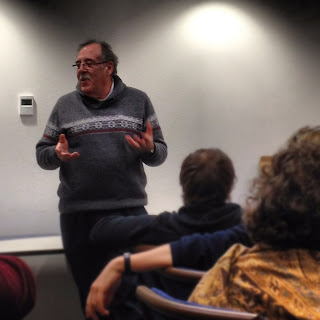 "We knew the name had to have STUDENTS in it," he said.  "It also had to have the word CHARITIES. So, STUDENTS (verb) CHARITIES. We paused, looked at each other, and knew that was it.  The 'verb' can be whatever you want it to be."


Featuring a call to students in the post-secondary system between the ages of 18-35, the Students Verb Charities contest is pretty simple.  First, you submit an idea by the end of November about a public awareness campaign that would help create a better understanding of the voluntary sector in Canada.  The selection committee will select 25 of the submissions, each of which will receive $1,000 to further develop their ideas.  Of those, six will be selected and flown to Toronto for a celebratory event on June 21, 2013.  The twist is that the six finalists will know they've won something, but won't find out how much till the envelopes get opened up.

The voluntary sector is largely unappreciated and unnoticed for how important or how influential it is to our quality of life.

According to the Students Verb Charities website there are over 161,000 Canadian charities and nonprofit organizations. When hospitals, universities and colleges are included, the nonprofit sector accounted for 7.1% of total Canadian GDP.

"The voluntary sector in Canada creates values, not just value," said Wyatt to a gathering of about 20 Keyano College staff members and students at a lunchtime information session on November 5th.

"You can go into any small town, village, or hamlet and you're going to find some kind of charitable organization," he said.

"We are the sector that focus solely on quality of life for Canadians.  We think that needs to be better understood."


It was great that Amanda Richardson from the Fort McMurray Today was able to join us and capture the story for the broader audience in Wood Buffalo.  You can read her piece here. 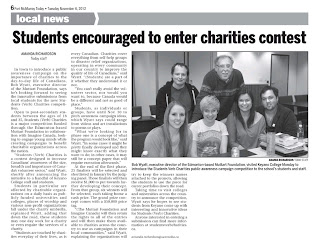 While in Fort McMurray promoting Student Verb Charities, he took the opportunity to tour Keyano College, Wood Buffalo Community Village, Redpoll Centre and MacDonald Island.  He also had a chance to meet with members of the Social Prosperity Wood Buffalo steering committee and a number of leaders in the voluntary sector during a wine and cheese reception at the Sawridge.

Not having been in Fort McMurray for 20 years, his recent visit left him with quite an impression.

"In the short time that I've been here, it is clear that Wood Buffalo has an energy unlike anywhere else. You have an amazing opportunity to do world-class things in this community because of it."

I spent the better part of the day with Bob, playing host and tour guide.  It was so much fun to watch his reactions in various conversations, getting visibly impassioned about the potential and possibility of the voluntary sector in our community.

He has a number of visits this morning before heading back to Edmonton to sit glued to the television to watch the results roll in from the US presidential elections.  Besides being an incredible advocate for the voluntary sector,  he is a seasoned policy wonk, and a political junkie.

I can promise you one thing.  From now on, when all is feeling lost, and I just can't seem catch a break, I will think of the wise words of Bob Wyatt, a sentiment he repeated as part of his narrative more than several times during our time together.

"It's time to put on your big boy pants!" 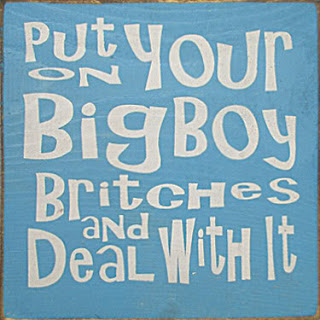