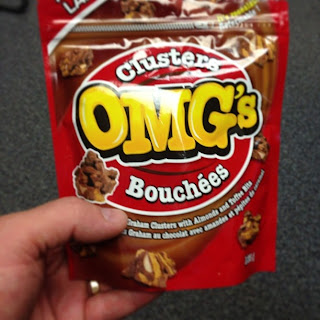 I had discovered OMG's on a road trip in 2012.  I was getting fatigued and needed a pick-me-up.  I dipped into my bag and picked out one chocolatey cluster at a time, and I remember thinking to myself Oh my God these are amazing!, then looking down at the bag and processing the fact that the name of the treats was the same as my gut-level reaction to their taste.  Let's put it this way: if heaven was a chocolaty treat, it would be a never-ending panorama of OMG's; they are really that good.

Now, when we travel and I have a craving for something sweet and crunchy, there is only one brand that pops into my head.  After last night's Northern Insights speaker presentation, that brand is going to have some added flavour. 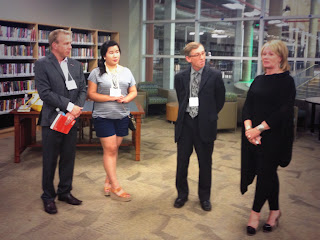 Entrepreneur, marketer, philanthropist, and star of CBC's Dragon's Den, Arlene Dickinson was in  town for a keynote address at MacDonald Island in front of what looked to be about 1000 people.  Several of us had an opportunity to chat with her just prior to the presentation. 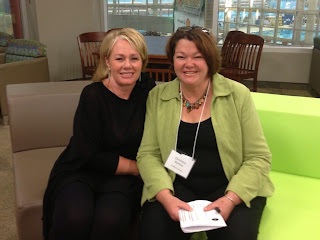 She was incredibly friendly, welcoming, and authentic as we talked about her initial impressions of Fort McMurray (yes, this was her first first visit here), the fact that she almost bought into the McDonald's franchise here more than several decades ago, her success as an entrepreneur and the reality TV show that has turned her into a household name in Canada. 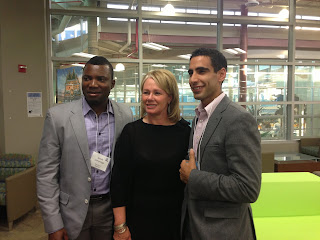 It was when we entered the field house for the keynote that each of us were given a bag of OMG's and I begin to realize that was a dotted line between these amazing morsels and Ms. Dickinson.


The above update explains the connection and the enormous success achieved by the marriage between the chocolatiers and Arlene, going from zero to almost two million in sales in less than a year.  About to break into the lucrative US market, they could soon eclipse 20 million in sales.

"This has been one of the best deal in the history of the show," said Dickinson, who apparently has a penchant for smelling success, which she equates to quality of product and of character.

In the case of making a deal with the two fellows pitching OMG's, an opportunity that all the men in the show passed over, she liked their passion and perseverance, and the fact that they had been enormously successful in the candy category with Clodhoppers, another sweet treat that I am too familiar with.  Unfortunately, they sold that company at the wrong time and in the wrong way, and learned a pile of lessons in the process.  She very clearly saw the value of failure mixed with character and seized the opportunity to make a sweet deal. 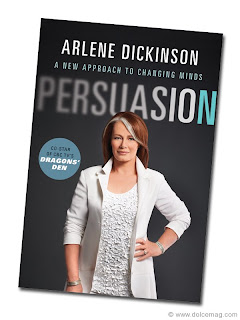 Dickinson shared a lot of lessons and stories last night, of coming to Canada from South Africa as a young girl, just being able to scrape by as a family, watching her parent's marriage implode, and  scraping pennies together as a young mom trying to raise four kids.  A sales job at a TV station in Calgary led to an opportunity to become a penniless partner of Venture Communication and eventually its owner.  She has since gone on to incredible success which includes 20 to 30 speaking engagements per year (similar to what she did last night), a hit TV show, a best-selling book (Persuasion), a successful marketing company, and myriad other investments and adventures.

As we were sweating it out in our seats, she started fanning herself on stage.

"Excuse me, I'm having my own private summer," she said.

What a great line!

Comfortable, engaging, inspiring, candid, thoughtful - these are just some of the words that pop to mind about Arlene Dickinson after her first visit to Fort McMurray for the Northern Insight speakers series.  Many thanks to the Fort McMurray Public Library staff and board for putting the series together and Christine Burton for doing a great job emceeing last night.
Email Post