We Need To Cook! 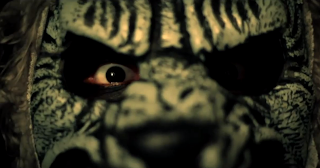 I'm a big fan of TheBoucherC (Clinton Boucher).  Here is a young video artist from Fort McKay who has developed a large following - over 700 subscribers - and produced 150 videos.  He asked me to write a post about his latest effort, We Need to Cook (Breaking Bad Parody).  I am happy to oblige.

What I love about this 6-minute film is its low-budget feel, its imperfections and its surprises.  At first, I was convinced I was about to sit through a gory slasher film as a masked man with a knife, played by Dilbar Jass, approaches a house in the middle of the night.  All we see are his feet ascending a set of stairs, knife at the ready, camera jerky with choppy edits (purposely so) and blurry shots. I was preparing for the worst.  The camera pans up to reveal Boucher in the middle of what appears to be a crystal meth cook, completely what I didn't expect.  Brilliant.

Dylan tells me that Dilbar is a regular in the burgeoning film scene in Fort McMurray, though its my first time seeing him perform.  He is a perfect counterpoint to the controlling and insistent Boucher, playing the easy going and unwitting straight man, heightening the drama and taking the audience exactly where they least expect to end up.

I'm thrilled to see creative minds at work in projects like this.  The skills they are developing setting up shots, making great use of available locations, costumes and props, and taking an idea from beginning to end (with little to no budget) are invaluable.  This is a great little film with an ending that I completely didn't expect.  Well done!
Email Post