We were sitting in the living room last night when Heather asked me a very strange question.

"Are there any numbers that you have seen repeated today?" 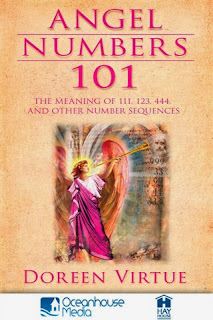 It was at this point that I noticed she was gripping a book, ready to reference whatever number I came out with.  As she went on to explain Angel Numbers 101 by Doreen Virtue ,which suggests that the most common way that angels speak to us is by exposing us to repetitive number sequences, I very clearly and immediately saw one number pop into my mind and pulsate as she finished her explanation. 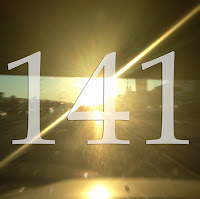 "141," I said right away.  There was no doubt, no second choices, no hesitation.

Here is what it said:

141 | This is a strong message from the angels, urging you to turn your thoughts away from worries,  Instead use prayer and positive affirmations to focus your thoughts on optimistic visions of your desired outcome.

"That completely makes sense," I said.

I could have picked any number, but the only one that came to me was 141, and the message it contained was bang on for where I am in my life right now, in this moment.  Always the sceptic though, I quickly realized that every single message in the book could be designed to resonate and that I just see what I want to see.

I wanted to see what difference one number makes.

142 | The angels are helping you stay strong, positive, and filled with faith.  They know that this situation is working out beautifully, and they want you to know that everything's okay.

Interestingly this one didn't resonate with me at all.

Angels have been a big part of our lives in recent days and weeks.  Heather does a lot of work in this area with her professional practice. We've been diligently watching the television series Saving Grace, about a police detective named Grace Hanadarko who is given a "last chance" angel by God, named Earl, to help guide her way.  And one of our dear friends joined the angels just the other night.

I'm not in touch with my angels in the way that Heather is, and many of the colleagues that she works with in the holistic healing field, but I believe in their presence, influence and importance.  Something as simple as this blog is influenced by the angels.  Most mornings, I wake up and have no idea what I'm going to write about.  I sit down at my computer, check Facebook, Twitter, the morning paper and get a cup of coffee before I begin writing.  Over the years, I have learned to trust that if I'm supposed to write about something in particular, it will reveal itself to me as I place my fingers on the keyboard and begin.

Somebody that reads this post has a number inexplicably rolling through your mind.  That number could be connected to a message from the angels, if you choose to believe in that kind of thing.  I'd be happy to pass along the message.  Just send me a confidential email to rvthomas67@gmail.com.  Have a remarkable day!
Email Post