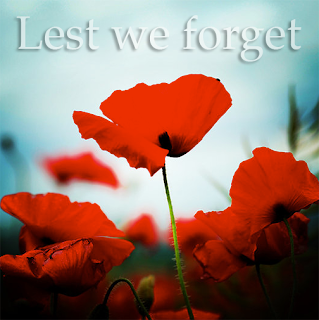 The phrase most often repeated during Remembrance Day has to be "Lest we forget".  These three words are embedded in the brains of young Canadian children, from the time we attended our first service in elementary school to when we grew into productive adults and chose to attend the public services in our communities.

Nowadays, "Lest we forget" is all over social media in the week leading up to Remembrance Day, particularly on Facebook. People who may never attend an in-person service will show their respects by sharing a picture or the words.

I believe at an instinctual level that we know exactly what the phrase intends to communicate: an aspiration to never lose sight of the fact that millions gave their lives so that we can have the freedoms we enjoy as Canadians.  Imbued in the sentiments are flashes of images, impressions of wars gone by: muddy and bloody trenches, body-littered beaches, concentration camps, and mushroom clouds.

For some, "Lest we forget" incites a more personal response, of a loved one lost, a relative who shared their personal story with us, or in the case of Greg Scarborough, Deputy Chief of Bylaw Services here in Wood Buffalo, a couple of poems and letters passed along through the generations from his grandfather, Private Edward Albert Scarborough who served in WWI. 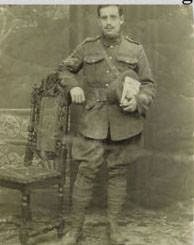 We recall as a dream--Those Buddies we knew,
When we trained at the camps, and ate Porridge and Stew
And later the trials of Mud, snow and rain
That we reached by long marches, by Bus and by Train
Messines, Sanctuary Wood, The Somme, and the rest
Passchendaele, and such, where they gave of their Best
In Courage and Valour, they all stood the test,
As Comrades and Pals, No finer were met
We think of them now, and will never forget

RCMP Superintendent Bob Couture also shared a personal account that helped us remember by bringing us into the experience of serving.  From the love of the early morning runs - 'we did more by 0700 than most people do in an entire day' - to the serenity of late night boot polishing sessions in preparation for the next morning's parade; from the affinity you gain for your weapons to the smells that hit you when you step into the canteen; from comrades gained to comrades lost; having served provides a complicated melange of memories, some I'm sure they'd like to forget, but never will.

I sat there yesterday at MacDonald Island among a thousand others listening to some of the most personal speeches I've ever heard at a Remembrance Day service, speeches enhanced by emotion, honour and unparalleled respect and dignity.  Three words kept going through my head.

What the heck is Lest? I thought to myself.

I tried working it out on my own, but I couldn't come up with a reasonable definition.

"It means let us not," suggested Heather, when I brought up the subject at the dinner table last night. "Let us not forget."

That's what I thought, on a different occasion when I tried to work out this particular conundrum.

I had looked up the definition on my iPhone sitting there during the service and wrote down the answer on my program, which I had deposited in the recycling bin when I got home.  After retrieving it, I was able to share that "Lest" means "For fear that":  Lest (For fear that) we forget.

"Let us not forget" versus "For fear that we forget" are two very different phrases.  The latter is imbued with the reality that the world did forget. Only two short decades after the "war to end all wars", the world devolved into a global conflagration the likes of which had not seen before.  And don't kid yourself; we came damn close to a third world war in the Twentieth Century, several times.

"Lest" reminds us and implores us never to forget, for fear of what could happen if we do.

"Those who cannot remember the past are condemned to repeat it", wrote George Santayana.


We think of those with whom we served,
Who paid the price --- so undeserved,
At "Sanctuary Wood", that tragic day,
Where only a handful got away,
And on the "Somme" through mud and stench,
From "Sugar Refinery" to "Regina Trench"
And lines advancing through the fire,
Were riddled on the enemy's wire
At "Vimy" --- "Pachendaele" - and all
Those actions where we saw them fall
And now we think of them again
And hope and pray 'twas not in vain.