We met this week with the technology guru at Composite High School regarding the desire to leverage adaptive technologies offered up by Google to help Dylan be even more successful with his academics.  It was quite an introductory session, which, among other things, opened my eyes up to a world of possibility of which I only had an inkling.  Mr. Verberk showed us how different apps that, offered up through Google's Chrome browser, could do things like convert speech to text, if typing is a barrier; or text to speech, if reading long passages is a challenge.  He even showed us apps that provide functionality usually reserved for very expensive programs like Photoshop and InDesign. 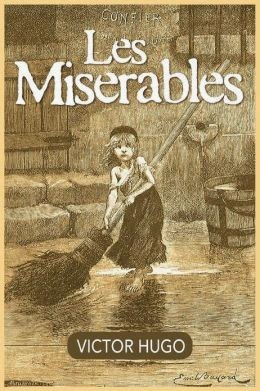 In the course of that conversation he showed us the Gutenberg Project, where you can access over 42,000 digital versions of classic books for free.  It didn't take me long, after getting home and downloading Chrome, to find Victor Hugo's Les Misérables and import it into my iBooks.  Since we finished the run of the musical, I've been wanting to dive into the thick tome, but hadn't been successful in finding the time to track down a copy.

I am almost 200 pages in and Hugo is still talking about the Bishop of Digne.  He spends an enormous number of pages describing every wrinkle of his existence, from the structure of his modest home to the strength of his character.  It strikes me that what we saw in the musical version of the story was a mere flash of the humanity described in great depth and detail in the novel.  I'm wondering how often we blissfully accept the veneer of what we see and experience, as opposed to going a little deeper to fully understand or appreciate what lies in front of us.

The big news of the week, at least in Alberta, was the surprising resignation announcement of Premier Alison Redford.  This will be her last day, as she passes the reins of power over to Dave Hancock, who will serve as interim Premier until the party choses their new leader.  Most of us have taken at face value the information that was fed to us about the circumstances that led Alison's downfall.  A mere four days into the crisis, I was testing the waters with various leaders, and it was very clear that there was little sympathy in the wind, and a growing level of acrimony.   It appeared to be a runaway train heading straight for a catastrophic derailment.  That was the veneer of what was happening, the musical if you will.  I look forward to reading the novel one day.

I suspect there was a lot more going on than meets the eye. While I don't know that for certain, I have an intuitive sense that this is likely a much more complex picture than a series of travel expenses that upended public and caucus approval.  I also know there is a very human story beyond the guise of a stoic, poised leader standing in the rotunda telling us that she was going to step down for the good of the province.  I'm interested in that detail, that level of depth, because I care about the people behind the politics.  They were riding that train as it flung off the tracks, crashed and burned, and there was a profound personal impact.  They (and us) deserve to better understand what happened, who was involved and what forces were in the background maligning reputations, planting seeds of dissent, and doing everything they could send the train hurtling toward oblivion.

I wrote several blog posts during the Alison Redford leadership crisis, none of which got published.  My way of working out my feelings is to write them down, and this particular chapter inspired plenty.  But I decided to keep those thoughts to myself.  I'm not a fan of this aspect of public life, though I understand it is likely to always exist: the dog-eat-dog reality that to be successful in politics, you have to be willing to do whatever is required to win, no matter the cost to others, or, in some cases, to your own integrity.  I wish it were otherwise.

My plan is to continue going deep with the characters in Les Misérables, in hopes of better understanding their motivations, fears, passions, and circumstances.  It may seem somewhat strange going through this exercise after doing the show, but that has generally been my pattern.  When we go traveling, I read very little about the place before we go.  But, when we return, I gobble up as much as I can find to deepen my experience and knowledge.  I will do the same as we look back on this unfortunate period of Alberta's history and look forward with optimism that better days are ahead.
Email Post