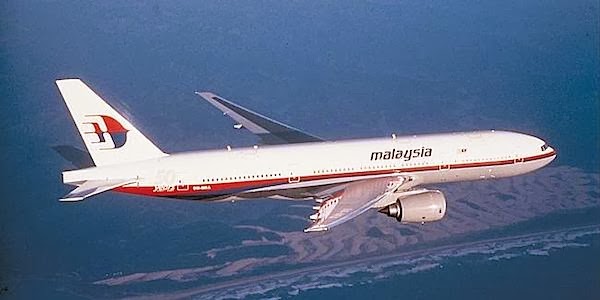 At least once a day, I flip over to the CNN website to see if there is any news on Flight 370,  the missing Malaysian Airlines plane.  The Boeing 777 seemed to vanish on Saturday with 239 souls on board en route from Kuala Lumpur to Beijing.

"Imagine what it would be like if one of us was on a flight and this happened," said Heather at the dinner table last night.  It's a sobering thought, one that is on the minds of hundreds of friends and relatives living through this nightmare right now. 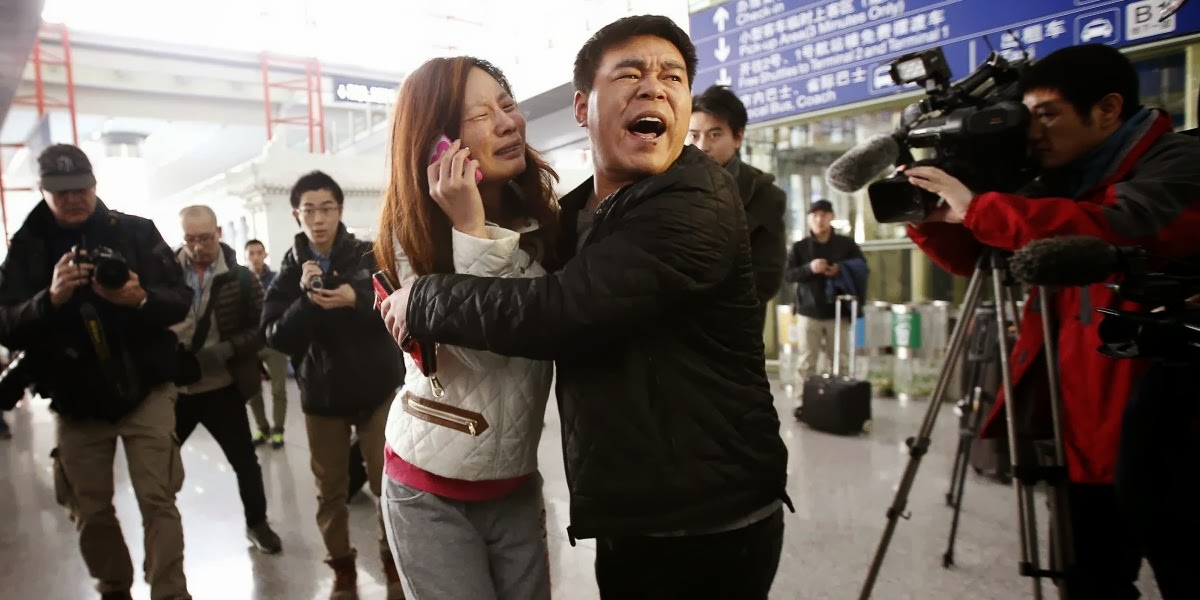 As human beings, we look for answers, details, and clues in these tragic situations.  Apart from the likely horrific loss of life, the reason the story is staying on top of the news is the absolute absence of answers, details and clues.  This has now morphed into a global guessing game. 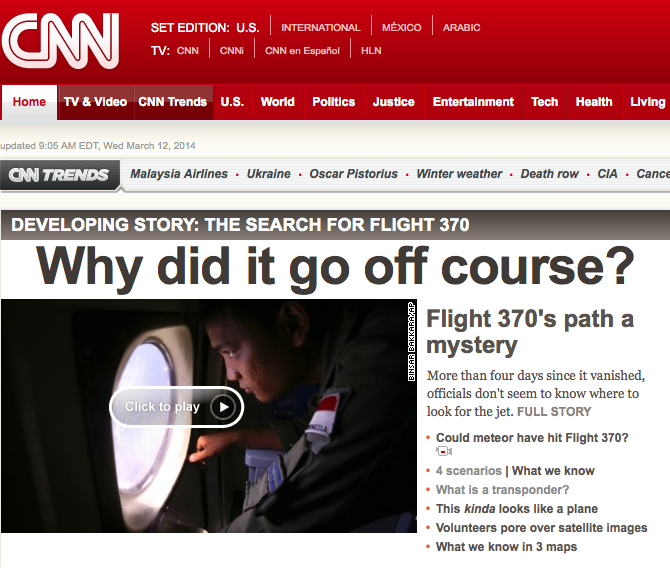 If you look at the headline bullet points this morning, the question is being raised as to whether or not being hit by a meteor could essentially vaporize the vessel into nothingness.  An article I saw yesterday said it was absolutely impossible for the plane to disappear without any trace.  In all scenarios, there would be floating debris, and some kind of a signal from the transponder would eventually get picked up.  At some point, speculation of an alien abduction is going to be brought up as a possible explanation.

I feel incredibly sad for the people who are left in a vacuum waiting.  What a horrible thing to go through.

Meanwhile, speculation continues unabated for lack of actual data.  News outlets have scrambled to find experts who can offer plausible ideas of what might have happened.  Mechanical failure, hijacking, pilot error and terrorist attack are all being batted around, deconstructed, challenged and offered up as possible explanations.  This is day 4 of the wait, and the entire world is watching.
Email Post