Up close and personal with Michael Mankowski

One of the great joys of my life has been to meet creative and passionate people who love what they do.  Michael Mankowski is a great example of someone who has found his sweet spot, and is injecting everything he has into reaching his goals.

One-third of the creative team behind Donald Kee Films, along with Matt Thomas and Jonathan Rice, Mike is a Fort McMurray born filmmaker who has found amazing opportunities plying his craft in his hometown. 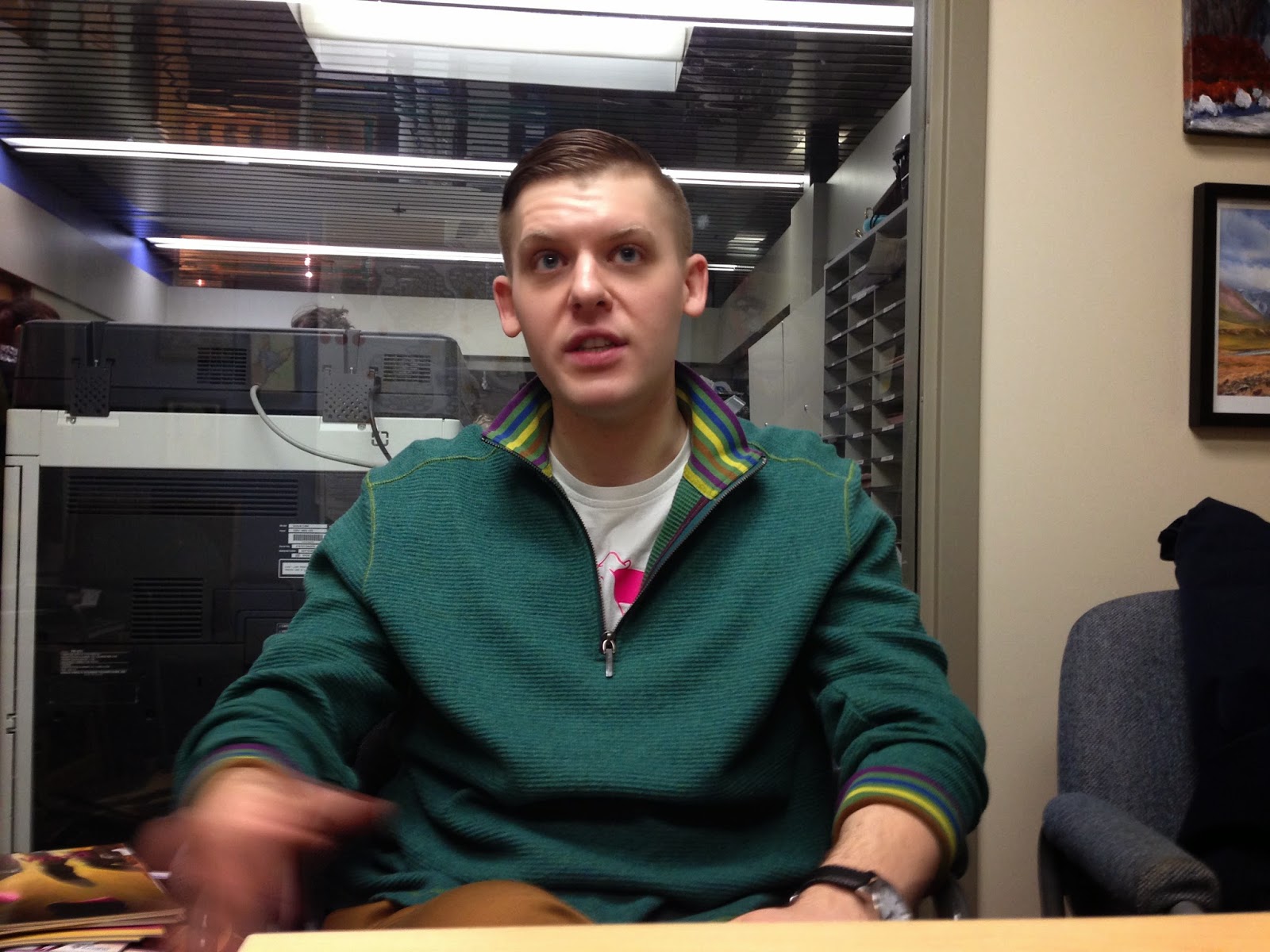 "After making Left for Dead, we found ourselves out of money and needing to come back to Fort McMurray," he shared.  "What we found was a community of people who were incredibly supportive and encouraging."

They have been doing a multitude of projects in the last year, from safety training videos to promotional films for companies, and are at the point where they are having to turn down opportunities because they can't keep up with the demand. 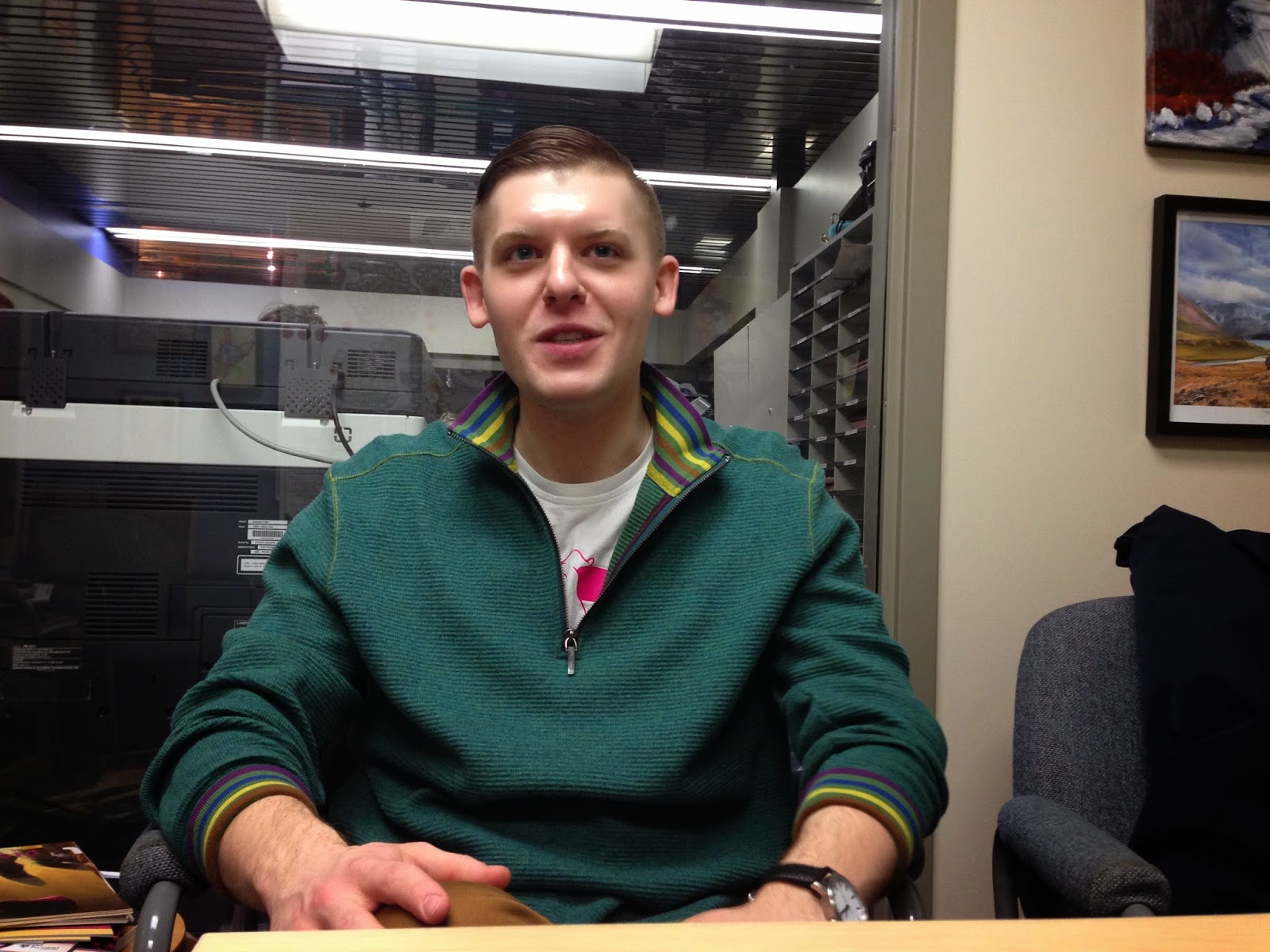 "It's been an amazing year," he said.  "We've been able to buy a house, and build an amazing studio in the basement, complete with green screens and some of the best technology in town."

Working for clients during the day, Michael keeps watching and writing films by night. 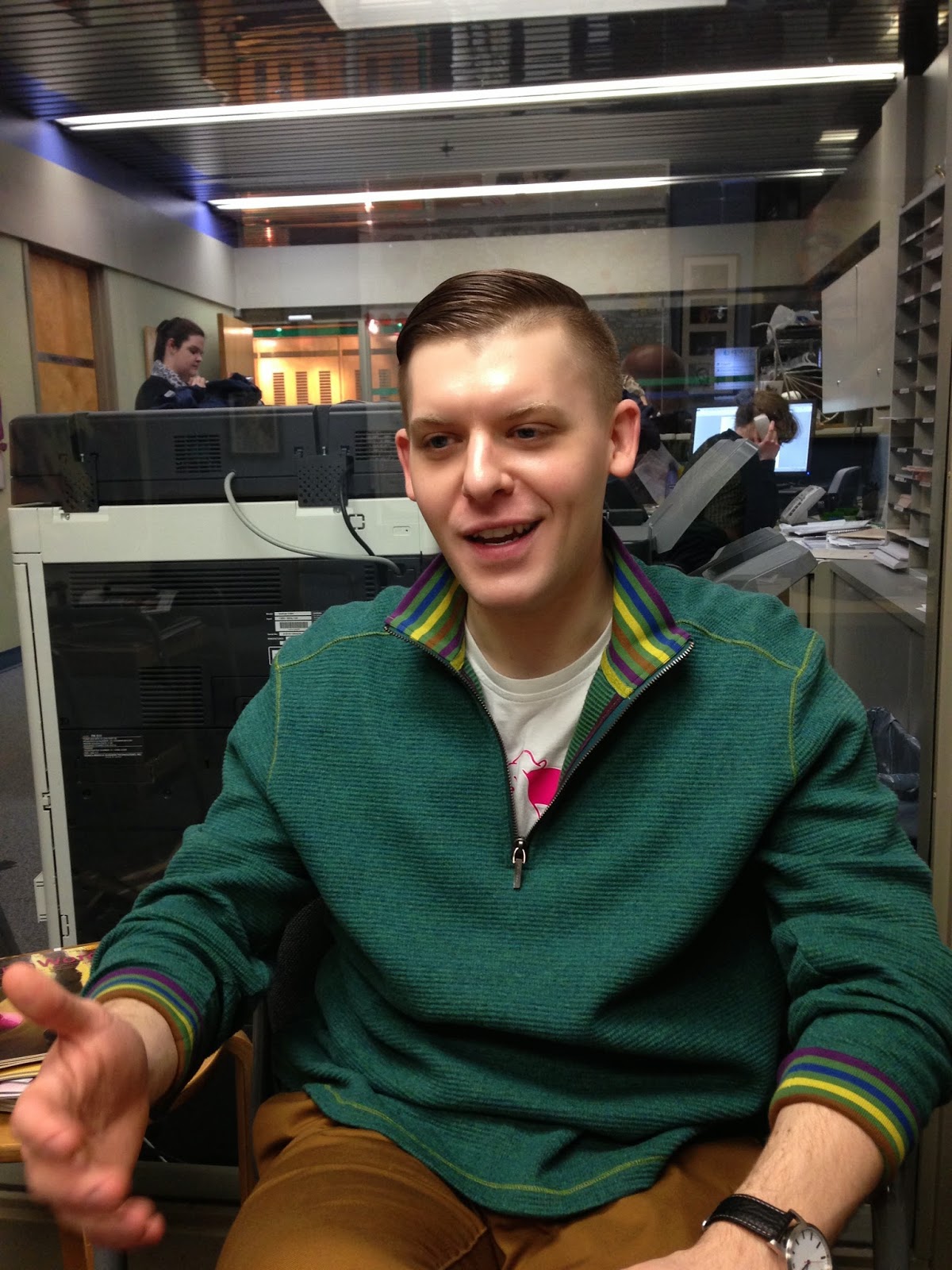 "I've seen every single movie that has come to the theatre in the last year," he said proudly, insistent that this immersion into the world of motion pictures is all part of his greater goal.  "One day, I'm going to win the Toronto International Film Festival.  That's the dream."

He shared a number of screenplay pitches with me during our 75-minute dialogue, stories that caught my imagination and had me picturing one scene after another. 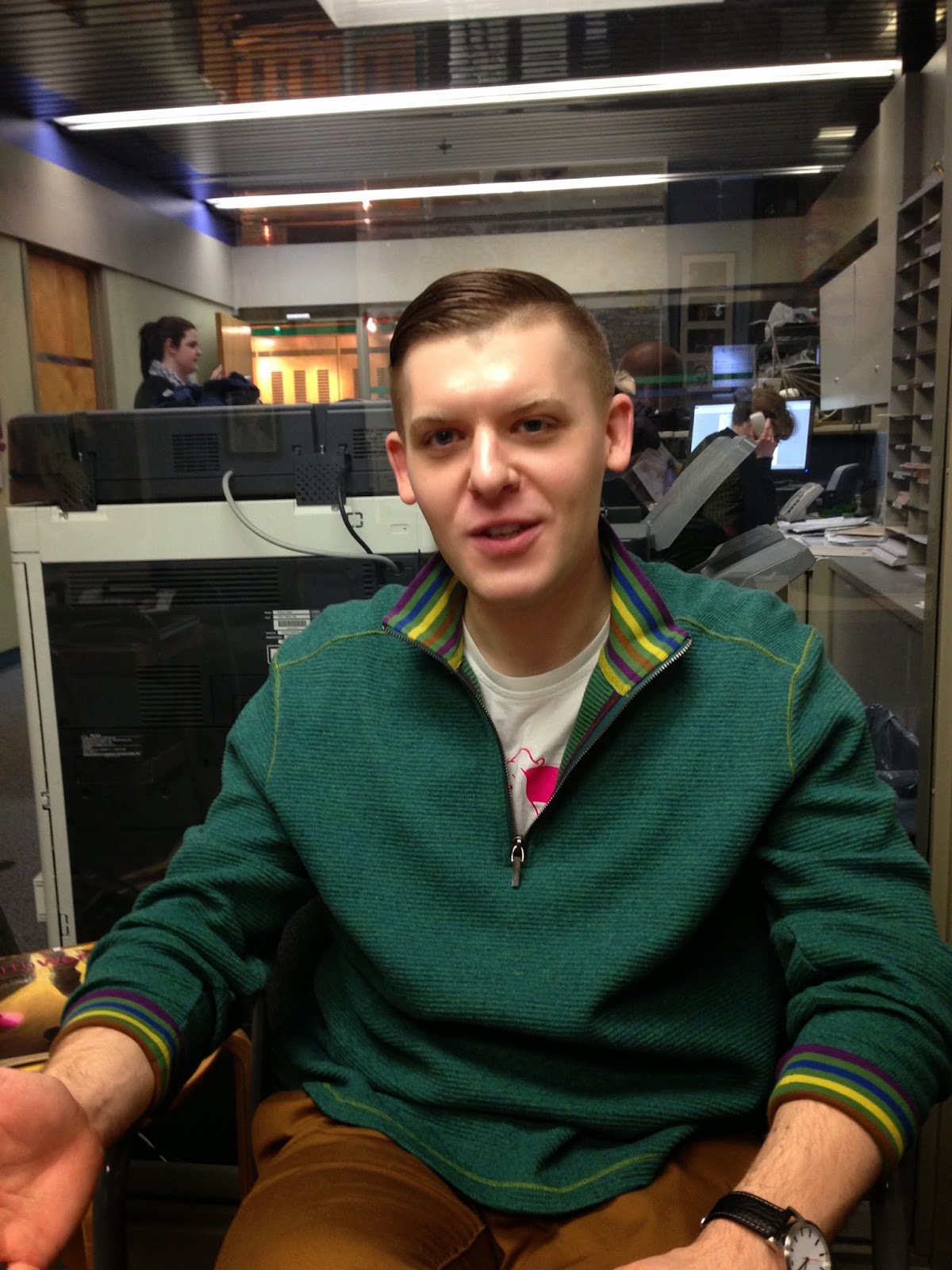 "I'm writing all the time," he said.  "If I get a chance to pitch to a producer, I don't just have one screenplay in my back pocket, I have 10 ready to go at any given time."

As Mike talked, fully animated and focused, I couldn't help but get excited about what it means for our creative community to have a team of young guys finding success doing what they love to do. 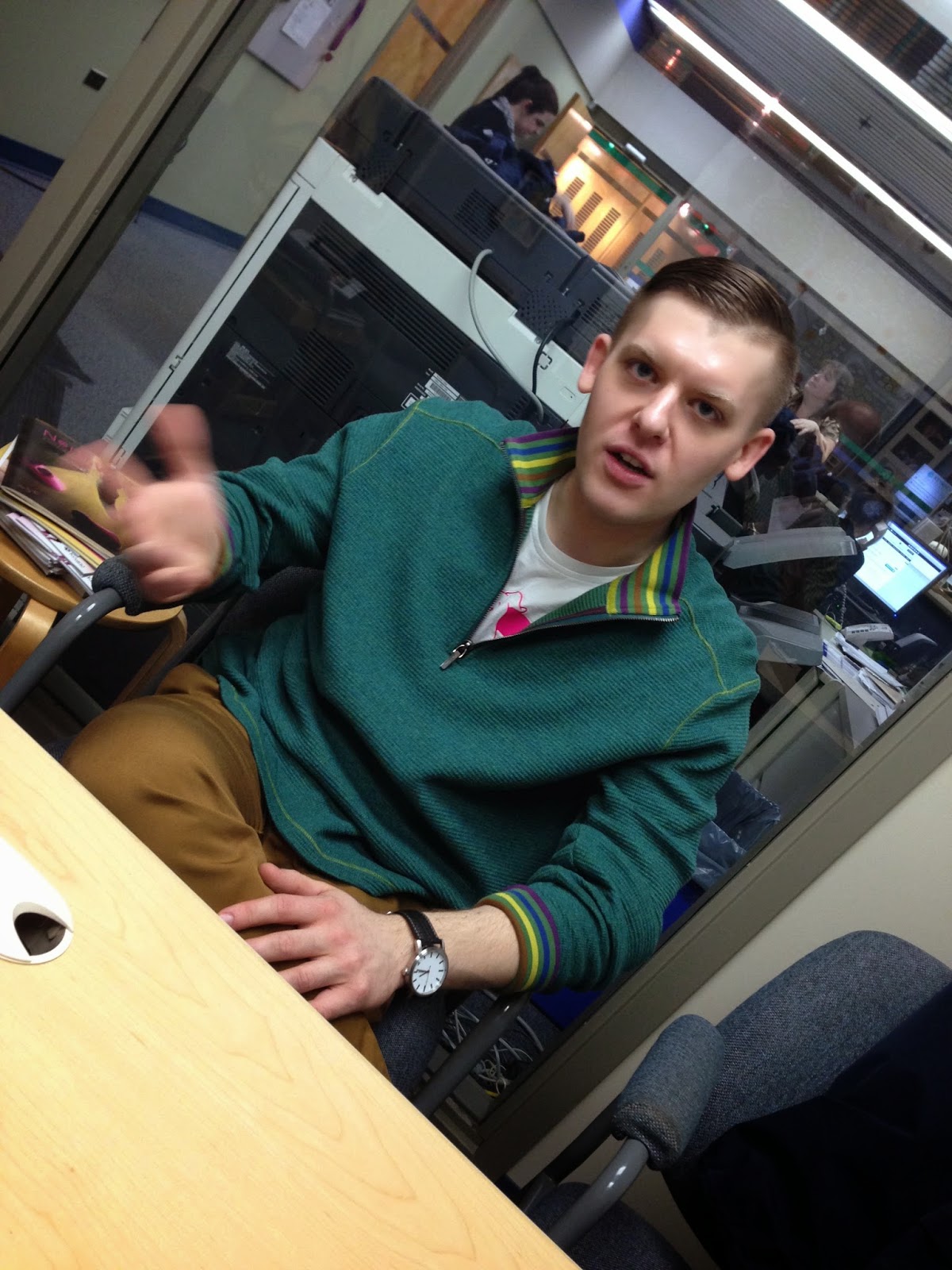 "The competition was so intense in the city, that we just couldn't get ahead," he said.  "In just one year here, we are doing work that we love to do, and we're making a positive difference with our clients.  Fort McMurray has been great.  It's a blessing to do what we do each day."

There is something about this community that gives young, enthusiastic, talented and highly motivated people opportunities that they might not get anywhere else.  For this young filmmaker, pursuing his craft in Fort McMurray has opened up doors, generated revenue, and renewed his optimism that one day he will walk across that stage at TiFF and accept that award.  I, for one, fully expect it to happen sooner than later.
Email Post