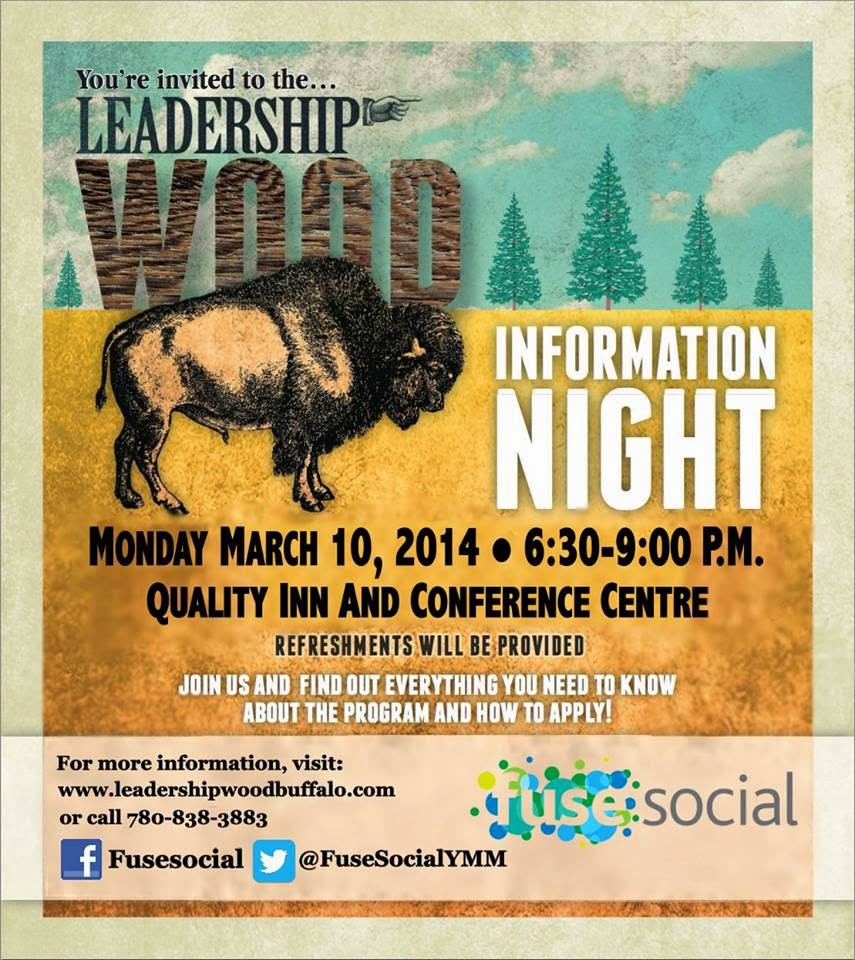 I don't know if I've been to every single Leadership Wood Buffalo (LWB) information night in the last eight years, but I suspect I've been to most.  What began as a gathering of 40 or 50 people has ballooned into one that attracts over 100 people.  The energy in the room at the Quality Hotel last night was electric as people interested in participating heard from board members, alums and current participants.  They got to hear the straight goods from the people have been through the 8-month program.  There is no better way to communicate the value of a learning adventure like this than through the people who have logged the miles. A community leadership program that began with an initial cohort of 16 aspiring leaders in 2006, Leadership Wood Buffalo is now part of FuseSocial, the relatively new backbone organization.  It is going through a recruitment phase for Cohort #9 that will begin this fall, with the opening retreat.


Mark Budd, co-chair of the Alumni Committee and a Suncor employee, brilliantly emceed the evening and invited a number of people to share their reflections about the program.  The piece that I offered was the historical perspective.  Usually delivered by Ed Kamps, one of the founding leaders of LWB, this is portion of the information night that provides the context around which the program was started.

Back in the mid 2000's, some of the most integrated and involved leaders of community events and organizations were seeing two things:  their impending retirements and the leadership gap their collective departures would create.  Executive directors of social profit organizations who had been in place for years were seeing the tail end of their careers.  Business leaders who had been community drivers for decades were preparing to downshift.  Because of who they were, instead of abdicating responsibility, they create a means by which they could proactively pass the baton.

In the room last night were people from large, mid-size and small companies.  There was representation from both the public and social profit sectors.  There were lifelong McMurrayites along with some who are relatively new to our community.  There was a broad cross-section of people keenly interested in how they can leverage LWB to better serve their community and be a part of moving us closer to becoming a global model for sustainable living in the north.

Leadership Wood Buffalo was born out of a vision and a belief that giving back to the community is essential.  I kept thinking of the early leaders of the program - people like Debbie Robert, Marylea Jarvis, Linda Ball and others - and wishing they could be a fly on the wall to see how much their baby has grown.

"It's about developing the leader in ME," shared alum Tosha Moore.

"It was the journey that had the biggest impact," said Mark Budd.

"It's about learning together to create a better community," said Crystal Wilton, co-chair of the Alumni Committee.  "It was one of the most wonderful experiences of my life."