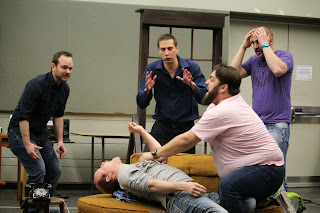 I love pictures that tell stories.  As the cast of The Odd Couple went through their final run before production week I snapped a bunch of photos.  Based on the circumstance of the shot and the reactions on their faces, you can pretty much nail where they are in the story.  These will be the last images of them doing the show in their "normal" clothes; they get into costumes tonight. 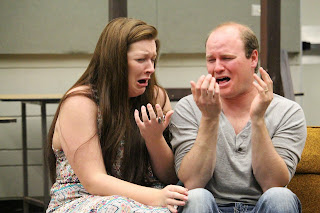 We began this process by establishing a warm-up tradition: an ongoing poker tournament with real-life stakes.  The person who wins will get a portrait of themselves, painted by me, and based on one of the photos I've taken along the way.  That winner has been determined, as the final game in the tournament was played on Saturday.  The identity of said winner will be kept a closely guarded secret until closing night, at which time the portrait will be revealed. 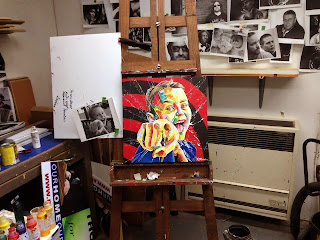 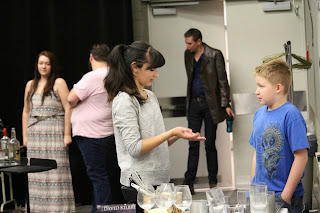 We have been joined by 11 year old Noah who is helping as assistant stage manager.  Natalie has been showing him the ropes over the last couple of rehearsals, passing along wisdom that she has gained from Steph Link, the resident stage manager at Keyano Theatre Company.  There is a lot of learning that takes place throughout this process, and our theatre community has become stronger because of it. 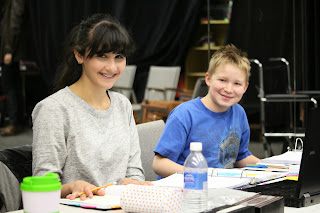 Natalie is doing an amazing job.  Soon the show will get turned over to her and I become part of the audience.  My job comes to an end after the final dress rehearsal on Wednesday night.  At 13 years of age, Natalie will be the boss of a show that I would be proud to share anywhere in Canada.  I think that's pretty incredible, and something worth applauding.  She is always the first one there and the last to leave.  She was there yesterday for the install of the set, and she will be there when the final bow gets taken on closing night. 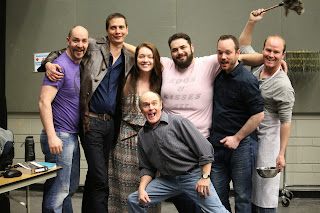 I can't thank this group of people enough for their dedication, courage, and sense of adventure in doing this show.  They have taken all the notes to heart - suggestions both good and bad - and assimilated them into their performance.  They approached the work with open and joyful hearts; the results will speak for themselves.

The poker game has come to an end, but now the real fun begins, as The Odd Couple comes face to face with an audience.  We hope to see your face and those of many of your friends and neighbours on May 14, 15 or 16.  Tickets are available at Keyano Box Office, or by clicking here.