What does The Redpoll Centre and interPLAY have in common?

This has been a fascinating period, going through the process of planning the move of The Redpoll Centre from our current Franklin Avenue location to Shell Place.  If you would have ever told me that I'd be acting as a general contractor of sorts in a major development like this I would have said you were nuts. 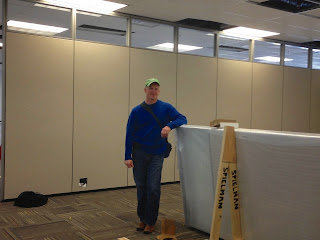 Reflecting on it, the function of doing this kind of work is very much about effective communication, visioning the end result, and working well with people.  There are lots of moving parts, a list of service providers and suppliers that gets longer by the week, and a time horizon that is very specific - we have to move in the final week of May.

This is very similar to the volunteer work I did for many years with the interPLAY Festival.  I communicated with performers, board members, volunteers, sponsors and service providers.  With a group of highly skilled and dedicated committee members, we visioned the festival.  And we had to work effectively together to ensure that a whole bunch of moving parts came together during a five day period in August. 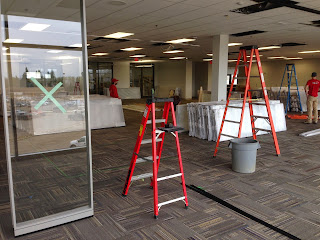 Each year, there were bumps in the roads, obstacles that came at us from hidden curves, and surprising problems to solve.  Getting The Redpoll Centre ready for its move has been very similar.  It has been a tremendous learning process, becoming familiar with permitting, procurement, leases, sprinkler heads, horn strobes and myriad other things. 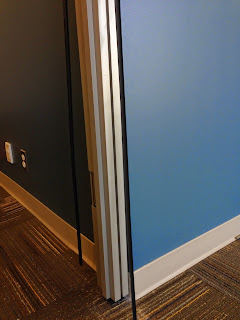 Ed Kamps, who led the development project for The Redpoll Centre 1.0, noted that the details get smaller and smaller the closer you get to the end.  No truer words have ever been said.  As the walls go up and the furniture gets loaded into trucks at some factory in Ontario, we're talking about individual power outlets, the types of bulbs in the lighting fixtures, and whether that turquoise colour on the feature wall is more blue than green.

Many of the relationships I made during almost 15 years of volunteering with interPLAY have remained intact.  There were so many great people that engaged with that event, performers, vendors and service providers who really felt like the interPLAY extended family.  I've had a similar experience with this process.

David and Cassandra from Solutions Business Interiors have been a part of this journey from the very beginning.  I ran into them the first time when I was at MacDonald Island having a meeting with Tim Reid, the former CEO.

"I haven't talked to you this week," I said to David over the phone.  "I was starting to twitch."

Like many of the contractor/service provider/producer relationships I have built over the years, constant and effective communication is key to their success, as is having a good healthy sense of humour.  Business is business, but it doesn't have to be dull or predictable.  It's nice to build in some fun. 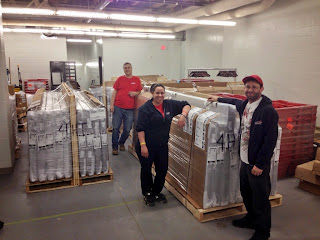 Whether it is Bill from Spielman Services, Allan from ATT Electric, or Fred from Simplex Grinnell, the talented men and woman working on this project are solutions-oriented and focused on excellence.  They and their staff members - dozens of people having been working on site the last week or so - want to deliver a great project. 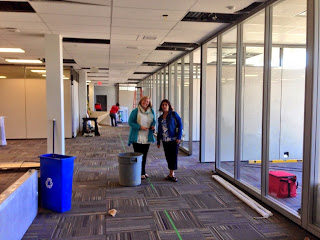 Our ultimate goal is to work together to put together a shared nonprofit centre that will serve over 15 different organizations, giving them a premium space to work, collaborate, innovate, learn and grow.  Like they say at CSI (Centre for Social Innovation), we focus on facility so that our tenants can focus on mission. For the purposes of the link between The Redpoll Centre and interPLAY, the incoming tenants are like the performers who came from all over the world.  Our job as the organizers was to give them a safe and effective space to play so than could entertain audiences.  The Redpoll Centre will be a safe and effective administrative space that will help organizations better serve clients and users.

In the years of interPLAY, Franklin Avenue between Hardin and Main went from a busy city street on Thursday morning to being a fully functioning festival site 24 hours later. 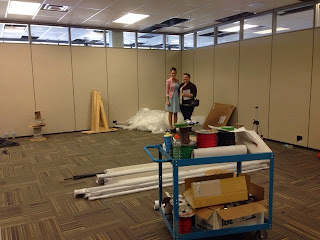 On Friday, Bill and his crew had one wall panel in place; by Monday they were ninety percent in place.  It's crunch time as move-in day is less than two weeks away.