The early 1980s were turbulent, unsettling and violent.  In a span of just months a President was shot and wounded, then another, shot and killed.  The cold war was a rolling boil and Iran was a total tempest.  Out of this chaos emerged a bespectacled Canadian ambassador as an unlikely hero. 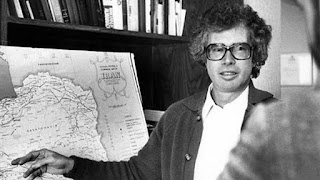 Ken Taylor was instrumental in helping six Americans escape from Iran by deceiving the Iranian Revolutionary guard.  His face was everywhere in the months that followed and his story captured in two different films:  Escape from Iran: The Canadian Caper (1981) and Argo (2012). 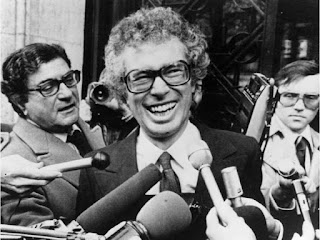 Ken Taylor died yesterday in New York City at the age of 81.  I felt compelled to paint him right away, as I felt so connected to that event and that strange period of time when I was slowly growing into a man.  The Iran Hostage Crisis loomed large in my thoughts at that time and was often top of the news - we watched The National with Knowlton Nash every evening at 10 pm.

I felt like I need to add the stark image of blindfolded hostages from that event.  The shoulders seemed to be the most appropriate place, as that is where most of us put a lot of the responsibilities that come our way.  Mr. Taylor did what he had to do to save six lives; several nations were grateful and ours was particularly proud.

"A true hero who's actions were beyond admirable," wrote my friend Tyler Kellogg who lives in the state of New York. "Rest easy good sir." 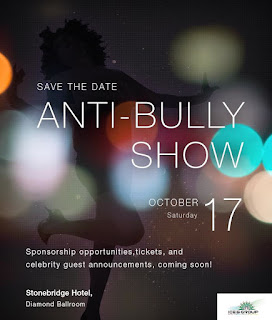 The painting has been purchased by local businessman and performer Massey Whiteknife and will be on silent auction tomorrow, October 17th, at his Anti-Bully Show at the Stonebridge Hotel to raise money for the Mark Amy Treatment Centre.
Email Post
Labels: Ken Taylor Painting