When the machine takes over 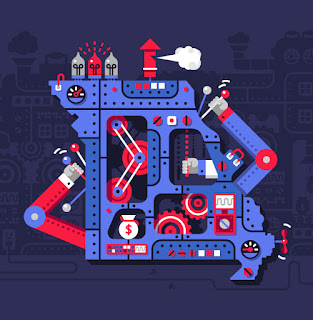 I got a piece of election propaganda in the mail today that felt like a kick to the stomach.  I won't name the party or the piece, but I will say it was a great disappointment.  After posting about it, several people immediately concluded that it was from a particular party rather known for taking this tact.  It was not; it was one of the other ones.  Check your mailbox and see what leaps out.

Negative ads do nothing for me, except push my decision in the opposite direction in terms of where I'm going to place my X.

I get why it happens.  A thousand decisions have to be made in the heat of a campaign, choices of where to door knock, which events to attend, where to spend media dollars, and how to shape the content of the message.  Going negative is a reaction to information - often polling data; it's a ploy to unsettle the competition or to plant seeds of doubt or fear in the electorate.  Political operatives are using everything in their tool kit to influence the voters, including tearing down the other candidates to prop up their own.  I get it; but I don't like it.  I'd like to put all the political operatives in a boat and send them on a holiday for the next two weeks.  What if we only had the candidates to deal with between now and the election?

I'm longing for leadership that will help us collectively rediscover our better selves as a nation. We live in difficult times and we need leadership at all levels that is respectful, resourceful, visionary, practical, persistent, innovative, solutions-oriented and a myriad other qualities that will make us stronger.  We can be better as a nation; we need to be better.  Along the way, we need to be kinder and more mindful.  Character, integrity and heart need to be the clarion call of our elected officials, and those that want to be.
Email Post