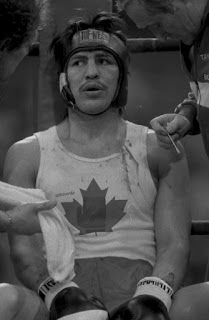 I did not know Danny Lindstrom.  His time in the boxing sun happened in the years just prior to my arrival in Fort McMurray. But something about the image that was shared by media to announce his passing at the young age of 57 really grabbed me.  I was also touched by some of the comments I was seeing on social media from the local people who knew him well.  Because of both of those things, I printed out the image from almost 30 years ago and put it on my inspiration board. 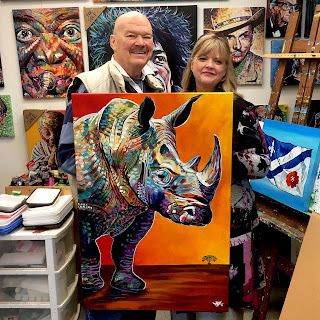 Roddy and Diane were in the studio on Tuesday, picking up the rhino painting that they had won in last week's auction, when they both noticed Danny's picture up on the wall.  It was their reaction and their memories that inspired me to paint him yesterday morning.  They remember Danny very well and fondly. 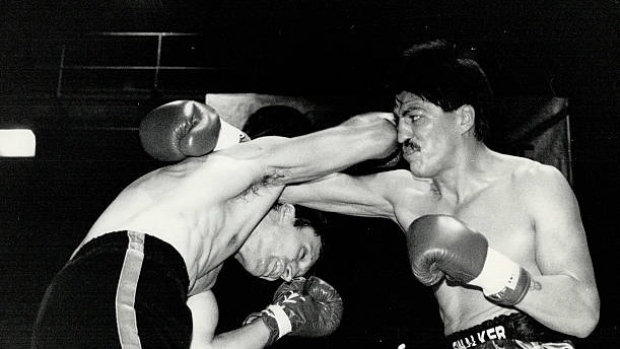 I won't go into the details of Danny Lindstrom's boxing accomplishments, except to say that he was one of the best in Canada, and to some degree, the world.  He grew up in Fort McMurray in a large family of 18 brothers and sisters. The Fort McMurray Today did a great job providing a synopsis of his career that you can read by clicking here. 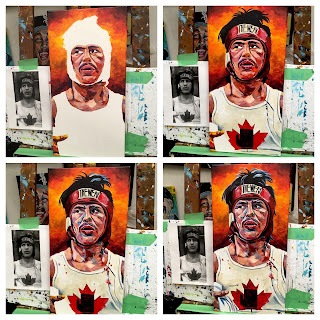 I went four rounds with Danny yesterday.  By the end third round, several people had reached out wanting to buy it.  When it was all finished, more requests came in to own the portrait. 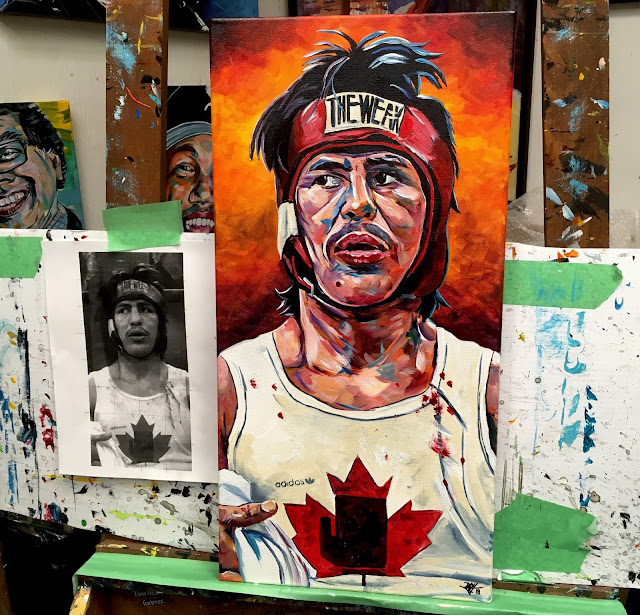 It doesn't happen every time, but when a painting hits the mark, people who follow my page know to reach out quickly.  In the case of this painting, the people who inspired the work will be giving it a home.  However, canvas prints of Danny "Stonewalker" Lindstrom, a Wood Buffalo Sports Hall of Fame inductee, will be made available in the size of the original: 12" x 24".  If you're interested in one of them, get in touch with me via my Russell Thomas Art Facebook Page or by email: russell.thomas@birdsongconnections.com.
Email Post