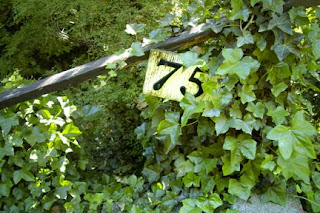 The vacation home sits on the sea side of the scenic route from the Langdale Ferry to Gibsons Landing in the middle of a beautiful neighborhood of Grantham's Landing. But, just a few door down begins a stretch of properties that have been completely left to abandon.

When we drove by the first few times, nothing appeared to exist in this heavily wooded stretch of road. But when we slowed things down, walking back and forth to town a number of times, we began to see what was behind the gossamer of trees and undergrowth.

The cabins that exist in the small stretch of road were summer destinations for a multitude of families, enjoying 99-year leases on land owned by the Squamish First Nation. When the band decided to take back control of this land to develop condominiums, generations of summertime memories and fun came to an end and the buildings were left to nature and the vandals. Demolition and new construction was to have happened some time ago, and the delay has caused no end of bitterness with the families who would have preferred to have had their leases renewed. 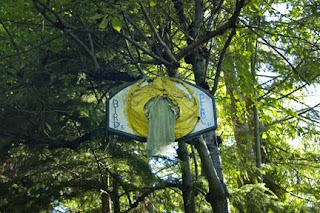 In the wake of this move, cabins are falling apart, once grand gates are lying on the ground, and garbage is strewn everywhere, just beyond the veil of trees and underbrush. There is a grand old tree with limbs large and twisted reaching for the sky, that still has a few boards on its trunk, the last vestiges of a once impressive tree playhouse. 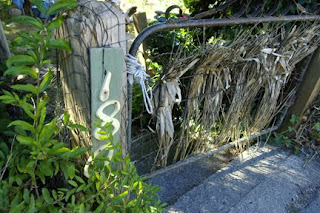 Heather and I were thinking the same thing: "Wouldn't it be great to fix up one of these place." This was before we learned the story of what happened, before the truth of the forced abandonment became clear. We thought the recession had taken its toll, forcing financially desolate families to throw away the keys and give up their summer lives. We were wrong, though summer lives were still lost, and the grieving continues.