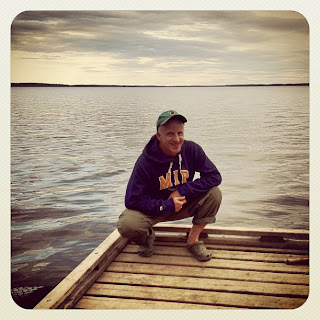 In the old days, people at work would know it's your birthday because that amazing administrative assistant had a spreadsheet tucked away on her desktop with that coveted information.  Memos would be typed and colleagues would gather around the water cooler at the appointed time to enjoy a few treasured moments of fun, fellowship and cake.  At home, there would be another round of festivity, the opening of a few cards that arrived by snail mail, and even a couple of phone calls from friends and family.  On the marquee birthdays (30, 40, 50, etc.), celebrations might go a little bigger, but generally speaking, that was how things happened -- back in the day.

For those of us on Facebook (reports vary, but penetration in this country is north of 50 percent), birthdays have morphed into something completely different.

The greetings started coming in the day before, as some people chose to work ahead.  By early yesterday morning and through the entire day, greetings and well wishes poured in from all over the world.  I tried to keep up and respond to them as they came in, but it proved to be impossible.  The new Facebook timeline format groups these kind of things, which makes it more cumbersome to respond on an individual basis. Which is why - I have discovered - that people tend to say a general sweeping thank you the following day.

Some cynics might say that these short bursts of connection, small touches of human kindness, are meaningless.  I would choose to disagree, as the hundreds of people who took 10 seconds out of their busy day to send a kind word have all added value to my life and to the universe.

Kind words came from all corners of my life: from back home in Saskatchewan, from my university/donut-baking years, from my radio days, from my 15 years doing interPLAY, and multiple connections in between.

Every year, it's great to hear from Erdem, a friend that we made down in Mexico while being pitched a vacation package.  He made a successful sale, and we made a great friend.

I love hearing from former radio bosses and on-air colleagues.  I had wonderful messages from Ray Telford (CKNL), Wray Betts (Q14), Andy Carlson (KYX98) and Kelly Boyd (CJOK), to name but a few.  They have been kind and consistently supportive.

You could tell which greetings came from my distant past, as they know me as "Russ", though I dumped that moniker shortly after my radio career took off - "Russell" worked better on-air.  "RVT", "Mr. Thomas", "Facebook King" were also used in yesterday's messaging.

If you were to mine the 300+ people who sent greetings, you could cast a couple of plays, fully staff a radio station (or two), and maybe even field a pretty lousy football team.  You could run a small company, form a regional council, and possibly even give the federal conservatives a run for their money.  Well, maybe not.

I'm grateful to each and every ONE who took a moment to say hello and wish me the best.  The time you took, bundled with your intention and attention, matter to me.  Thank you!