The United Way has a great program called Day of Caring.  This is when a funded agency has a need but not the financial or human capacity to meet it. 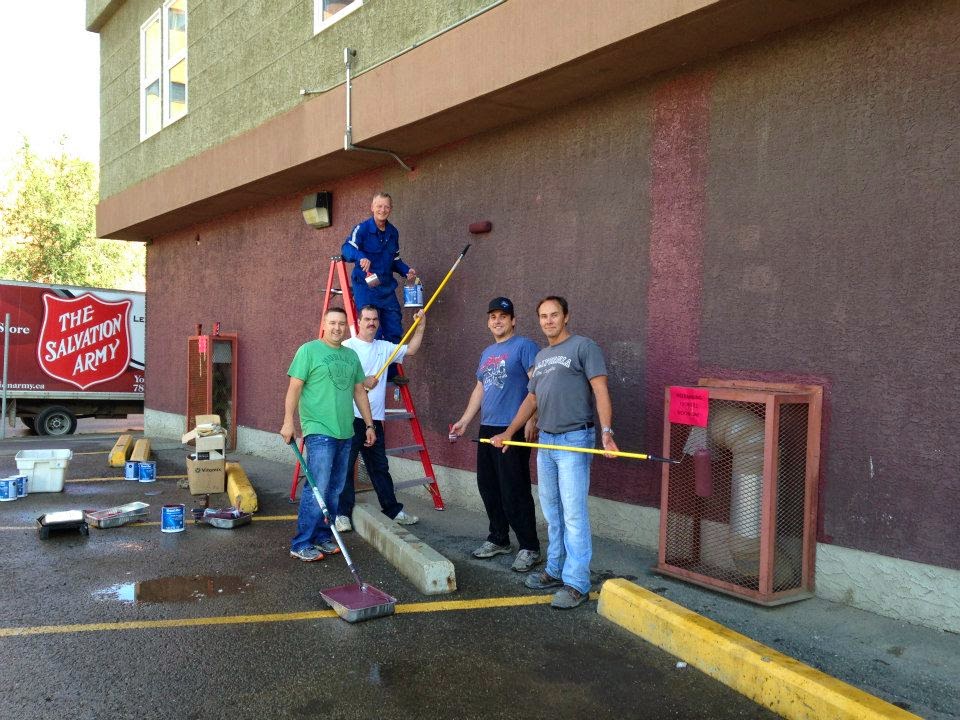 A Day of Caring can take the shape of a group of people from an oil sands company coming in to do some painting, a team of bank employees organizing a storage room, or a small contracting company doing some much needed landscaping.  A Day of Caring can make a huge difference in the work of an agency and the people they serve.

The folks at the Salvation Army set out to brighten up the MAT Program space in the basement of their community centre this summer.  Floyd Perrier spent weeks giving the room a fresh coat of bright coloured paint donated by Rona after having benefited from the kindness of the Salvation Army - he wanted to give back.  Artist Chris Nwoke did the same with a beautiful painting on one of the walls.  And other volunteers and companies added to some amenities to make the well-used and vital space more welcoming and warm. 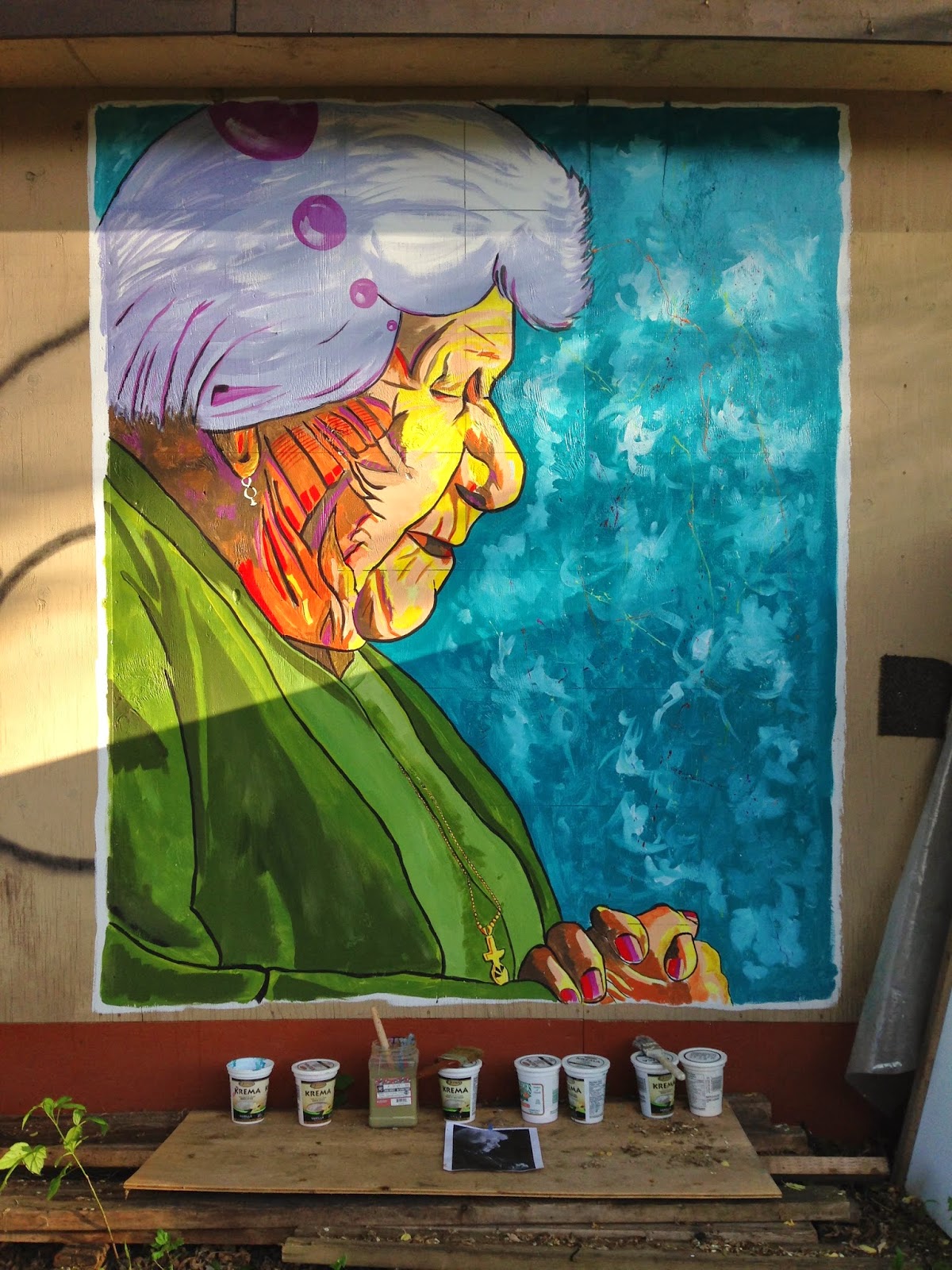 Our staff are going to do a Day of Caring on Monday, just a few days before Christmas.  I will be bringing over my large collection of paints, brushes, rulers and lights and doing a new mural of Metis elder Elsie Yanik.  She was, in a sense, my muse back in June, the catalyst portrait that led to the large body of work that followed. 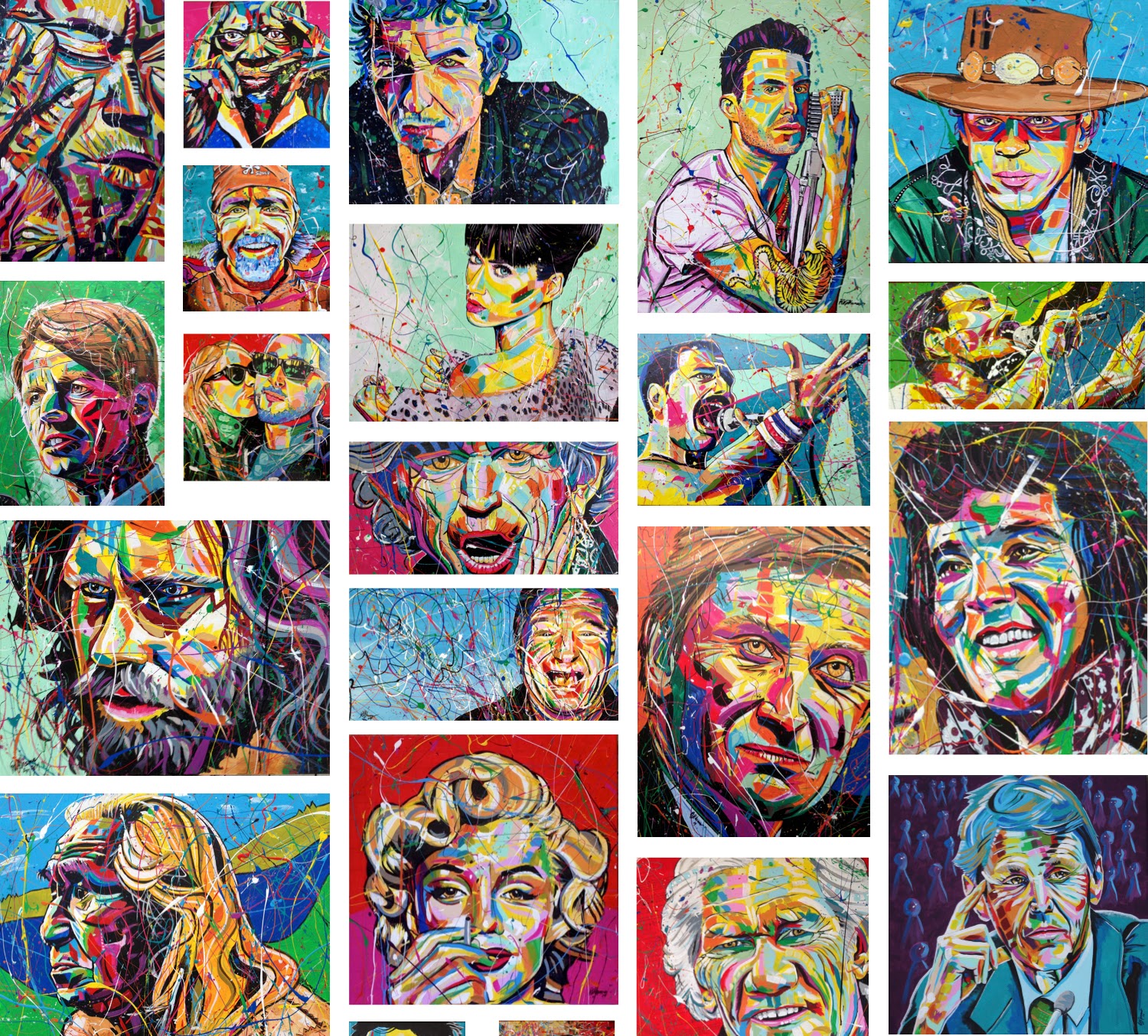 Shortly after patrons leave for the day, I'll begin mapping out the piece on the wall while filmmaker Tito Guillen sets up his equipment to produce a time-lapse movie of the project.  The drawing will likely take an hour or two, then the painting will begin in earnest.  Near the end of the project, staff from the United Way and the Salvation Army will contribute their spirit to the mural by selecting one of Elsie's prayers that calls to them and adding it in their own hand to the background. 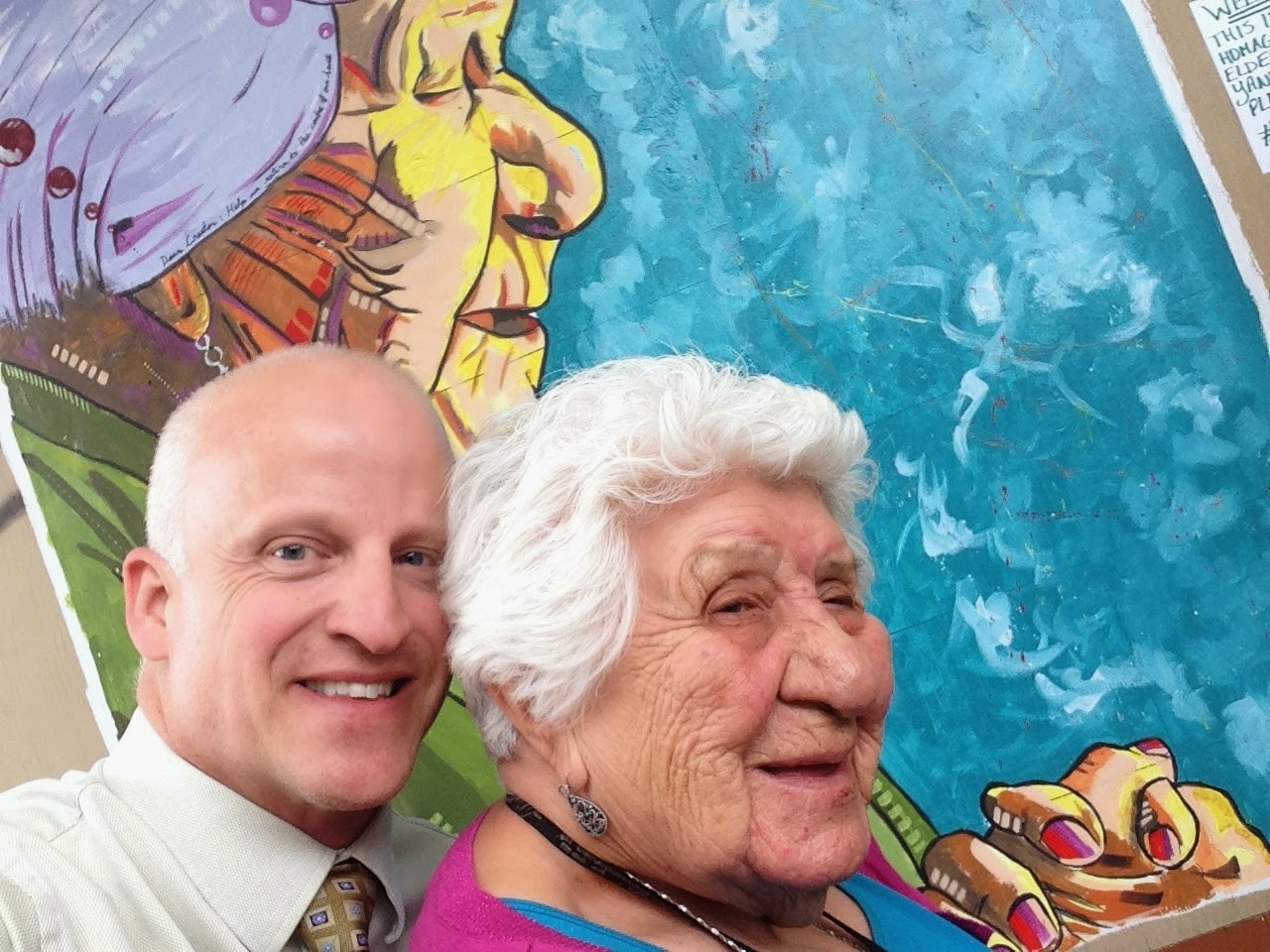 The first Elsie mural inspired the #selfiewithelsie movement on social media and still graces the back alley between Demers and Hill Drives.  This new mural will inspire hope and provide some spiritual comfort to some among us who struggle greatly with addictions, mental illness and financial adversity.  It will be a very special day.
Email Post