About 20 years ago, I directed Neil Simon's The Odd Couple for Gilbert and Sullivan Players in Stettler.  Most of the names have faded from my memory, but the faces and the characterizations remain, and emerged with vigour as I reread the script for the first time in two decades.  I actually still have the program from that show buried in my box of memories.  Before I go any further, I will have a look and see if I can find it.

(insert the sound of rifling through a box of bits and pieces from years gone by here...) 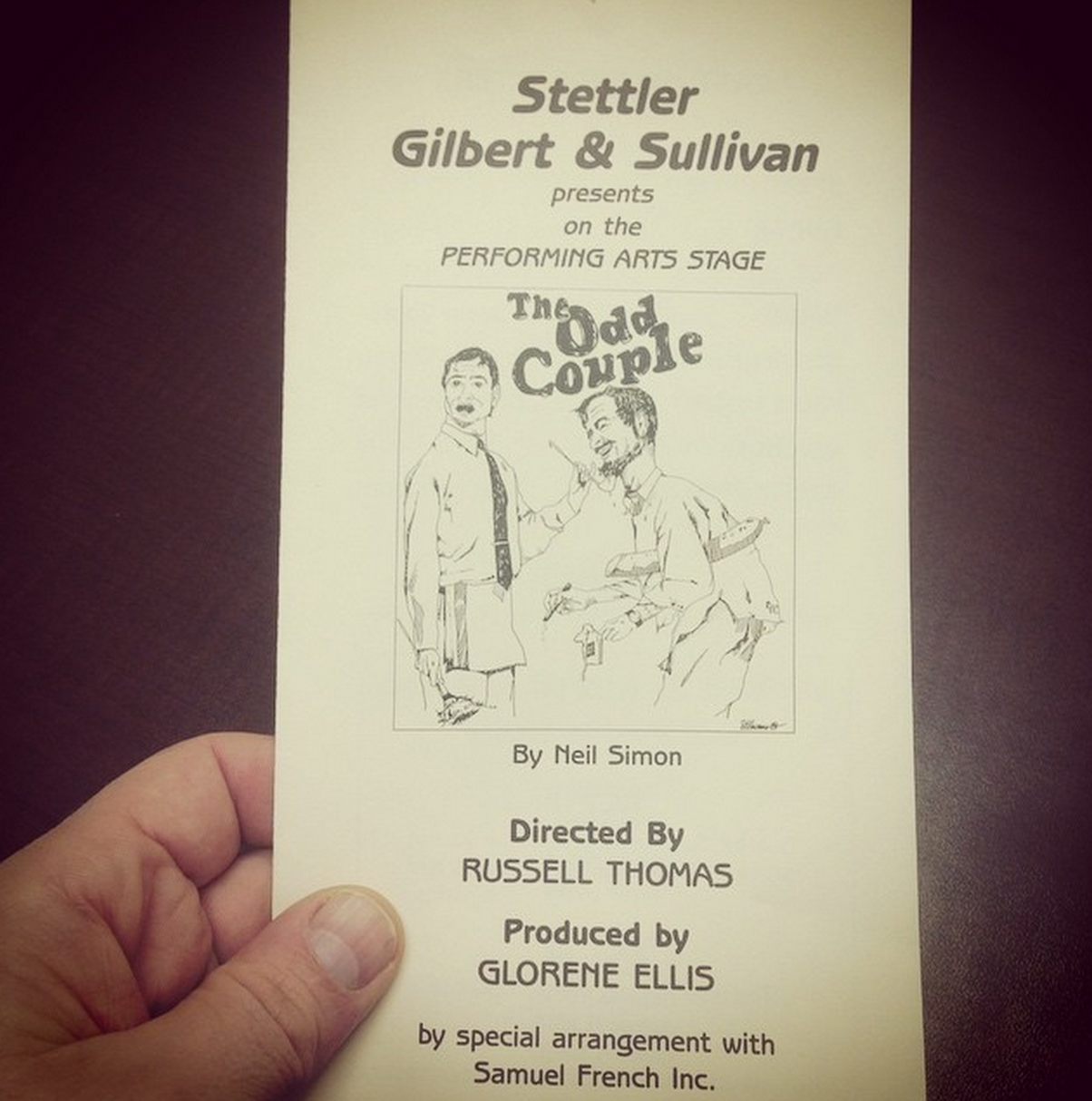 I'll be directing a Fort McMurray version of this classic buddy comedy in April/May as part of the Stage Two series at Keyano Theatre & Arts Centre.  While I have directed several times before, I have never done so within a supportive theatrical machine like the one at Keyano.  One of the goals of giving folks like me the opportunity to direct as part of this series is to develop skills and build capacity.  It will be super great to benefit from the guidance of the seasoned professionals that we are fortunate to have in this community.

Why The Odd Couple?  Great question.  It is a fantastic ensemble piece, an opportunity for volunteer actors to bite into something that demands playing their stakes, listening to each other, and being in the moment.  The comedy of this story comes out the characters fully believing they are in the circumstances of the play and of the people that Simon so brilliantly conceived. 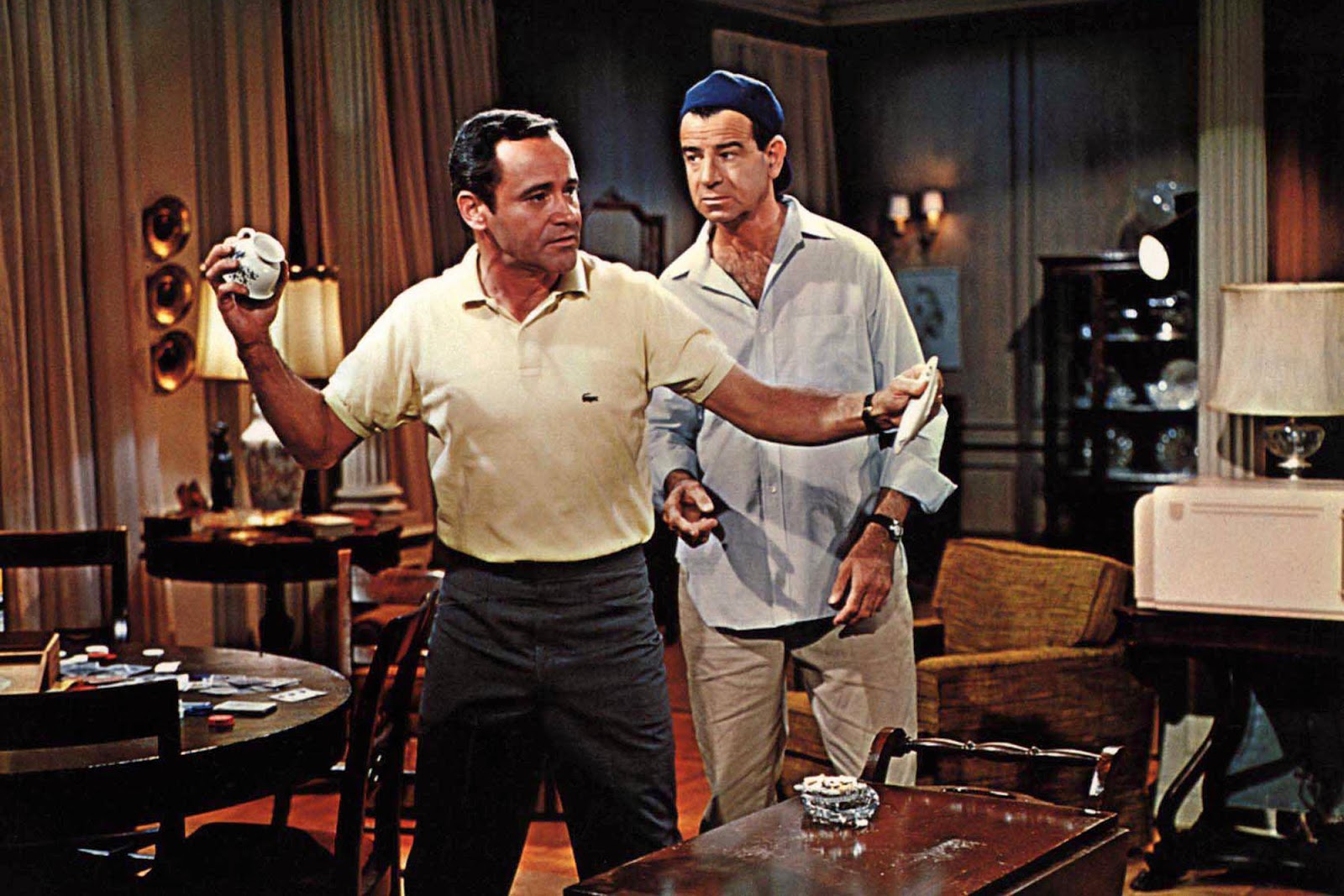 Oscar and Felix are the central characters in the play, and will be the most demanding roles.  Oscar is a recently divorced sports writer who has devolved into a swarthy slob after the departure of his wife and kids.  Felix is an uptight germaphobe who find out his wife is leaving him in the first scene of the play. Desperate, despondent, and slightly suicidal, Felix has the gang of guys gathered for poker super concerned about his mental wellbeing.  Oscar invites Felix to move in with him and the craziness goes from simmer to boil.

All of the parts in this show are great including the poker players and the delightful Pidgeon sisters from England.  The dialogue is insanely good and the laughs are almost continuous as Oscar and Felix try to come to terms with one another.

Auditions are going to be on Saturday, January 17th.  I'm keeping it real simple as we'll just be doing some readings from the play and some scene work in large groups.  Having a sense of the story would be an asset coming into the audition but certainly not necessary.  If you come prepared to react, have fun and play, you'll be all set.

Quite a few people have said they are coming out, which makes me very excited.  Thanks to the great community development work that has happened with shows like Hometown...The Musical!, Les Mis and A Christmas Carol, just to name a few productions, the number of actors in the company is impressive.

If you have NEVER done a Keyano Theatre show, we'd love to see you, too.  Don't be shy.  The process is going to be low stress, inviting and fun.  I guarantee it.

The awesome Zachary Barrett is coming along to be our assistant director and stage manager.  Local realtor and artist Sharon Heading is going to collaborate on the design side of things.  And production manager Trevor McDonald has been so helpful to this point.

If you have any questions, just let me or Zach know.  We'll be starting rehearsal in early April.  The Odd Couple will run May 14-16 in the Recital Theatre.  Audition details are available here.